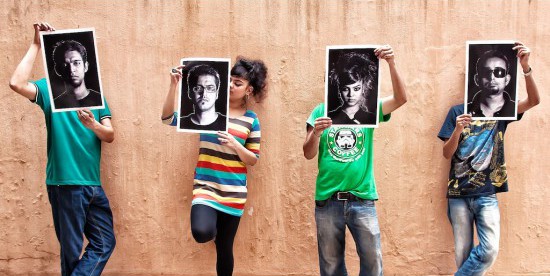 Zoo isn’t a new act, per se. In fact, one could argue that they’ve just – like a multitude of other artists coming out of Bengal and the north-eastern part of India – been underrepresented. But our geographically separated cousins are only part of a segment of musicians that are slightly too left of center for the chic urban mainstream-indie (as I like to call it) to stomach. These are the people championing the ‘indie scene’ which, as Rahul Giri of Sulk Station puts it, ‘are comprised of artists who are basically the very antonym of independent, and haven’t seen the inside of a small local venue in ages’.

The first thing that you notice about Zoo when you watch them live is that they’re tight, there’s no two ways about it. They don’t limp or flag over the course of a set as younger bands are wont to. “There’s no scope for a mistake,” says Bodhisattwa Ghosh. “Our songs are so closely constructed, every member has to be in sync. A little fuck up and it’d fall apart.”

As carefully rehearsed sounds go, Zoo’s is certainly unique – it’s not easy to come across a project that straddles so many genres so brashly. Bodhi rattles off a list of influences that span Massive Attack, Air, Bjork, the Prodigy and Miles Davis. There’s the obvious R&B/soul Tanya incorporates. Then there’s also a mish-mash of funk and 70’s psychedelia and electronica that the others bring into the mix. And trip-hop, of course – their most trip-hop influenced track is also their most popular. Surprisingly, it adds up better than you’d expect. They’re older, wiser, more experienced. Unfortunately, their debut record doesn’t sound quite as energetic as they do live.

“On stage is where it’s at. We’ve had a lot of practice though, playing together every week for seven years at Someplace Else as a cover band,” frontwoman Tanya Sen tells me, “we call ourselves Crystal Grass there.” But that’s just to pay the bills – and there’s a lot of them. “There’s so much – it isn’t easy or cheap to be an artist today. We don’t compromise on Zoo, and for our performances we need lights and lasers and UV and everything in between. When we cut our album, we sold it on USB sticks which, combined with the printing and the artwork, cost more than what it retailed for.” Perhaps this is why everyone in the band has one of those dreaded ‘day-jobs’, ranging from designing jewelry to doing studio work. “When you make electronic music such a large part of what you’re producing,” says Bodhi, “you need good equipment. Gigs as a cover band and at dance parties help bring money in for that.”

It hurts even more to be an artist in India if you aren’t connected to the metropolises, and Kolkata is far removed from Mumbai or other hubs in the South. Zoo’s music is urban in scope, and this is an essential missing link. 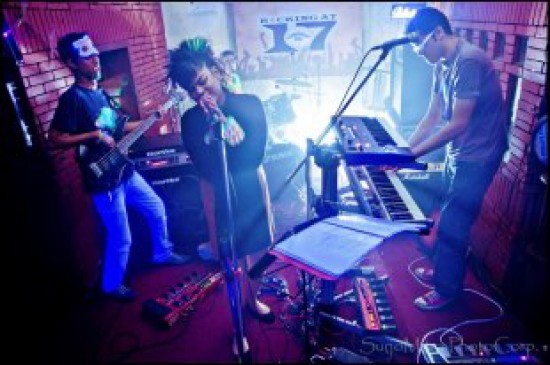 “Realistically, we have no financial hopes when it comes to Zoo,” says Bodhi before Tanya cuts in to say “it’s an investment, you don’t think about it from the normal financial perspective. We’re getting word out, people who listen to us like what we’re putting on stage.”

“There’s a huge boom in the amount of music being made, and some quality tunes are coming out of the electronic scene in Kolkata. So many new people post their Soundclouds every day, there are so many diverse styles on display, and a lot of these guys aren’t releasing half bad music,” Bodhi says.

The Kolkata scene seems to have seeped silently into the underground post the stringent bans on nightlife in a once liberal state. “People used to come from all over, astounded that you could get a drink and listen to some live music at 2 in the morning. Now the only place you can still do that in India is Delhi.”

Still, the fledgling cautious extension (in effect for mere weeks at the time of writing) to allow venues open until 1 is progress.

Zoo heads to Thailand next month for a couple of shows at an underground place there.

“It’s hard to break into the public conscious in India. I won’t lie, sometimes the going gets very tough – especially when it comes to getting gigs and talking to venues,” says Bodhi. “But we’ve taken some baby steps in. We’ve all decided that we’re in this for the long haul, and we’re going to make it work.”