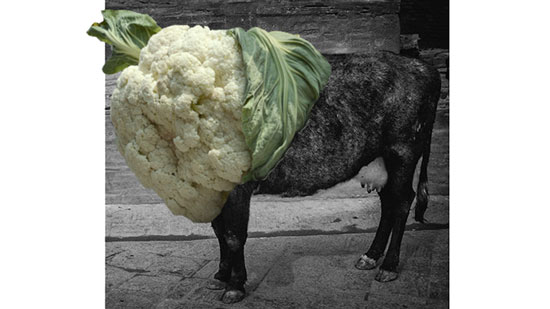 “The most positive thing I’ve read about my music is the comparison of my sound to a mix between Madlib, and that, err… LA dude, who’s a filmmaker? Yes, Flying Lotus! I guess that was cool,” says Rajan Shrestha aka phatcowlee, the subject of my interview earlier this morning. And the most negative? “Umm, I’m not sure, but plenty of the feedback has been pretty positive, but yes, people have said to me that you sing ok, but why does the music have to be so inaccessible,” he continues.

After a few scheduling issues, I finally catch Shrestha at his computer for what is a short, but informative interview. There are cracks that let the light in, and help me understand his music making process under the alias of phatcowlee.

‘Cinema’, the debut effort from Shrestha in a solo capacity, is a sub-20 minute exploration of sounds that hark back to a simpler time. Nostalgia is a much too common trend amongst subcontinental bedroom producers and expectedly so, given the large film, advertising and street sounds one often grows up surrounded by. Channeling those external, boisterous – often catchy – sounds into projects that stem from a machine, created by the musicians in their private spaces, are a sign of the far reaching impact of these sounds.

While the producer took a self-professed break from music, veered into filmmaking and eventually photography, he claims the return to music was imminent and always around the corner. There’s often a cliche in such stories, that lead you to believe the musician was meant to be doing this since birth, but Shrestha is not afraid to admit his shortcomings and wandering paths. Besides his involvement in the all too nascent music scene in Nepal, Shrestha has been playing bass for post-rockers Jindabaad since 2009. The band went on a break in 2014, after a fairly active live performance schedule and an EP later, only to reform earlier this year; changing up their songwriting process.

Shrestha also manifested his growing interest in production with Anaasir, a collaborative project alongside Daniel Arthur Panjwaneey aka Alien Panda Jury. The project’s nomenclature harks back to elements, and perhaps a hat tip to the timing of the project – wherein Panjwaneey, from Pakistan and now in Nepal, found himself at the same artist residency at Photo Kanthmandu alongside Shrestha. Finding their element, Panjwaneey and Shrestha alongside Mandala (from the Maldives) formed an experimental electronic music festival in Kathmandu called Sine Valley, and are pursuing the endeavour with great intent.

As evidenced on his EP, Shrestha likes to tinker with the finer details to create a large frame of mind for the listener. The opening track on ‘Cinema’ called ‘Insomnia’, is recall to a time when he was writing the EP, often in the middle of sleepless nights, and sets us up for a melancholia in the tunes coming ahead. When speaking about the thematic layers of his EP, he is quick to admit “melancholia is definitely a theme, and it’s funny you say that,” he adds, as I prod him about whether it involved heartbreak. “It was around the time of a ’super break-up’, but I’ve been in a happy relationship since,” he continues, before saying that it was definitely a cathartic process to have released the music, given that he followed this up with a bout of nervous episodes, and days spent with a fever.

While the underlying tribute to Adhunik Nepali music (traditional film music from Nepal) is scattered across the EP and in the song titles, what stands out for me (besides the language barrier) is the intelligent use of vocals. On ‘Mayalu,’ the squeals and yelps look to ease the listener, than distance them. Similarly on ‘Chino’, the opening sample serves as a palate cleanser only to partially submerge you in a lo-fi, hip-hop beat – that wouldn’t be out of place on an Earl Sweatshirt mixtape. ‘Kusuma Rumal’ closes out the release with haunting vocals, which to me serve as a sign of Shrestha’s vocal abilities, and if not for the little smirk in the dying seconds, I would’ve not been able to tell if the loop went on for another few minutes. 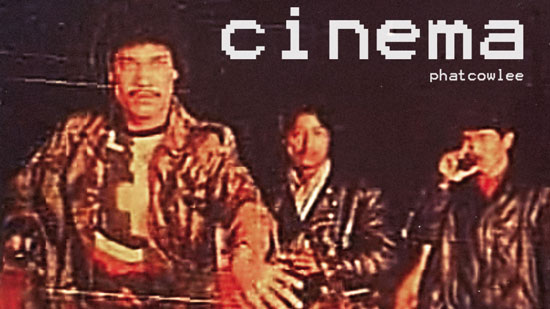 Shrestha has plenty to say, given his varied interests, and it will be intriguing to see where the journey of phatcowlee takes him. Perhaps an upcoming compilation of photographs inspired by a tune, or vice versa? An abstract short film, made from stills – soundtracked by tunes stemming from his happy relationship, instead of a breakup? Maybe we’ll even see an unreleased track from phatcowlee, or even Anaasir, on the next compilation from Consolidate – the Bangalore record label who released his debut effort. In the meantime, it might be a good idea to devour some of Shrestha’s photography work over on his Instagram, which is equally if not more impressive than ‘Cinema’.

Hear the EP below: