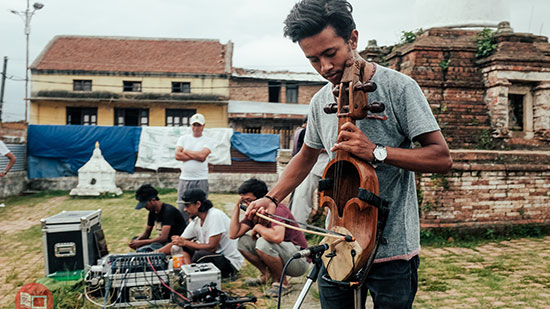 With its music culture undergoing a creative resurgence, Nepal has a new beacon which plans to shed light onto some of the more laudable acts of its growing independent music scene. Named after a delicacy of Nepal’s Newar community, ‘Yomari Sessions‘ is an online video series of live intimate performances shot with the intention to showcase the profusion of fresh talent. A combination of rich aesthetics, rawness and a variety of genres and sounds has made the first season incredibly popular.

The good ol’ days when local markets sold mixtapes featuring independent music were superseded by the Internet era. This gave birth to a fresh wave of musicians who passionately embraced new sounds and forms. Plucky with their choices, these musicians blended folk with rock, spoken word with metal, and everything in between. Nepal suddenly became a breeding ground for a contemporary music scene waiting to be nourished. However, there still was a lack of a concrete platform to discover new Nepali acts. To quench their thirst to find new independent music, the folks of Kathmandu based video production company, Katha Haru, had their eureka moment when they asked themselves one simple question: ‘What if we feature some of these great bands?’. “The idea for Yomari Sessions came from us growing up with those mixtapes and wanting to give more of a platform to new emerging artists”, says Shashank Shrestha the chief editor and director of the series. Initially named ‘Lunch Time Sessions’, the Yomari Sessions’ concept is spearheaded by one vital principle – capturing intimate, uninterrupted music from acts you should be listening to. 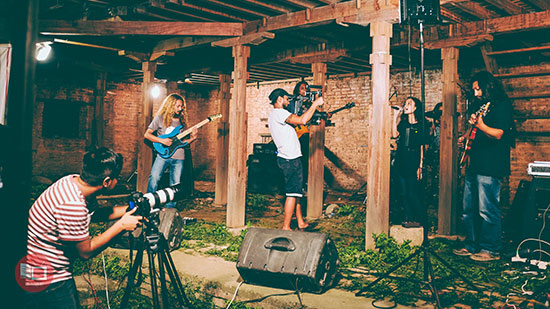 The first season’s roster showcased an interesting spectrum of genres. Kicking off with a collaboration between folk ensemble Baaja and singer Shreeti, is a soulful ballad called ‘Seto Kotha‘. Electronic/experimental duo Flekke performed ‘Take My Skin’ and ‘A Sad Picture’, combining icy synths and solemn percussions. A personal favourite was the talented Abhyu Ghimire with his gorgeous percussive guitar instrumental tracks. The highlight of the first season was the track ‘Raktim’ by progressive rock band Stairs Of Cirith, which garnered a whopping 60,000 views. “What we found was that a lot of people were seeking Nepali independent music, so they really appreciated the sessions”, says Shashank.

There’s nothing too flashy about the videos. Most of them are presented in a black and white palette. The entire season has the artist at focus and is well knit with a certain rawness. Perhaps the most noteworthy element is that most of the videos are shot in a single take. The creators sincerely try to push this format to the fullest. They believe that shooting multiple takes and slicing them together depletes the live nuances of the performance. They want the viewers to feel as if they are present in the room. The discipline required by this ideology enhances the viewing experience giving the Yomari Sessions a certain edge. 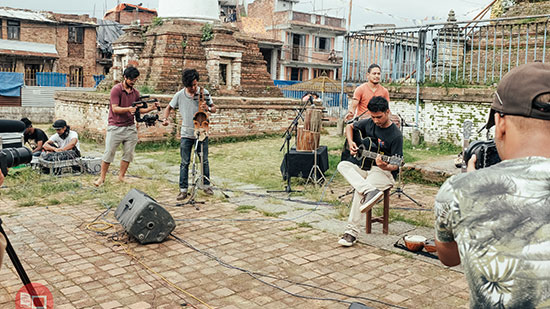 It has now been over a year since the series launched, with the success of videos and the overall buzz generated, it’s safe to say that the Yomari Sessions has started a ripple in the Nepali music scene. With the lack of venues and dearth of mainstream media support, it’s avenues like Yomari Sessions which are bearing the weight to shine the limelight on these deserving acts. With a successful creative collaboration between filmmakers and musicians, Yomari Sessions embodies the true spirit of the indie scene.

The organisers plan to throw a massive gig on the day of Yomari Punhi, the Newari festival marking the end of rice harvest in December. The second season is slated for a September/October release with five bands already shot and more under discussion. The creators plan to push the boundaries in terms of the mix of artists and the overall production quality. One can only hope that it has a larger impact. Shashank concludes, “We just want to enforce the driving principle of Yomari Sessions, i.e., intimate, one take shots of bands that deserve more attention. If you liked what you saw, we assure you that there’s definitely more from where that came from, real soon!”