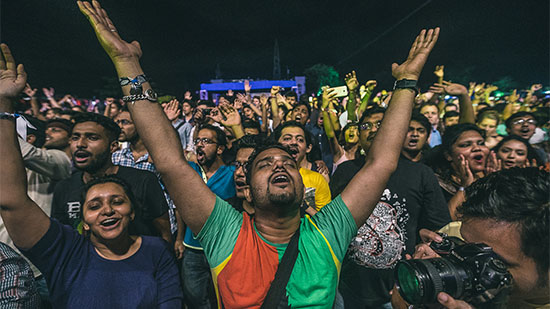 In a country as populated as India, a niche is quantifiably a mass – and if you’re not reaching out to them, you’re missing out. Especially as an artist. Tall claims to make, but fair to apply when it comes to the context of our little alternative music scene here. While certain places around the country are bubbling, some which held promise earlier, are slow to pick up the pace. One such example is my hometown, Kolkata.

About three years ago, hopeful of the city’s music scene (as pointed out in this piece), it seemed like a good moment to document the proceedings. Looking back now, several of the acts mentioned are either defunct, barely gigging or recording new music. Earlier this year the Bacardi NH7 Weekender pulled the plug on their Kolkata edition and sized it down to a single-stage, one day affair, with a bare attendance of 1,500 people despite free entry. The city’s homegrown festival, Big Sunday, enjoyed limited success and even lesser ticket sales. Several cafes opened up to the idea of having singer-songwriters perform, but were quick to retract. While the one off experimental gigs work out, Bangla rock remains equally if not less popular than five years ago, and party-goers do end up having a few more options, yet the live music situation still doesn’t walk the talk, neither for bands nor for listeners. 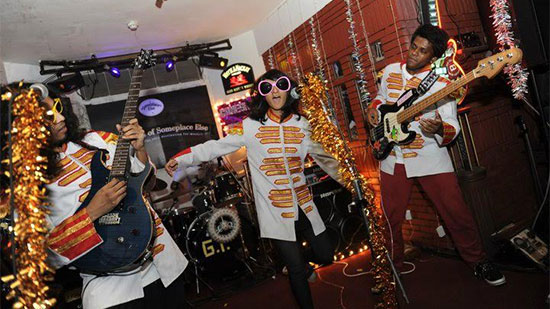 Ganesh Talkies’ Suyasha Sengupta, reminisces about her first gigs at Someplace Else, formerly a major pillar in the city’s music scene. “It’s not just the lack of venues, but rather bad management at venues which have resources to bring down relevant acts in the country at the moment. Take for example Someplace Else; a visit there would mean utter disappointment, bordering on heartbreak because their programming is quite frankly a joke. The venue which once hosted open mics, and even Mumford & Sons and Laura Marling on their India tour is now busy catering to and pleasing the Tollywood crowd.”

Ankit Gandhi Lall, sound engineer for Parekh & Singh and PINKNOISE believes, “I don’t think there is a lack of performance space really. They just need to be better equipped and utilised well.” Jamsteady, the weekly gig nights, hosted by Nishit Arora seem to be the only saviour. Sengupta explains, “(Jamsteady) has all the right intentions, but not enough resources.” Arora, on the same subject, believes, “venues need investment with time, energy and money for something worthwhile. I also feel there are not enough good acts to sustain a live music venue on a regular basis. Now, this is a tricky situation because a lack of venues also creates this problem. There are great musicians in the city but not enough to make it a scene. I hope this will change in the next 2-3 years.”

Margub Ali, civil engineer by day and full-time scene champion and documentarian, is of the belief that besides Jamsteady on a Friday, “right now, Sienna Cafe, 8th Day Cafe and more have days with live gigs at their venues. And with Sofar Sounds, the appreciation for live music is looking up for the city.” The rare optimist is definitely welcome in an otherwise lethargic scenario, but often fizzles away.

Samantha Adhikari moved back to the city after an illustrious three decades with the BBC as a concert producer, along with husband Miti Adhikari, a legendary producer in his own right. They co-founded the Big Sunday festival with Jamsteady’s Arora, Samantha believes that, “whilst it’s true that the youth of Kolkata don’t have as many rupees in their pockets as many of their counterparts in other Indian metropolis, I feel they have a bit of a mind-set issue when it comes to live music.” Sengupta echoes Adhikari’s sentiment: “The same people who have no problem shelling out big bucks every weekend for movie tickets at a multiplex will hesitate before buying tickets to any concert, whatever the genre may be.”

Talking about the economics of it, Arora seems to believe that not wanting to spend is an eternally Bengali problem. “Even though I still believe there are enough youth in the city with a decent amount of money to be able to create a scene. The money is mostly with a different set of youth who are into Bollywood music and EDM, in a larger sense. Lack of any inspiring scene creates this situation where, guys with money want to spend on what they think is ‘happening’,” he adds. 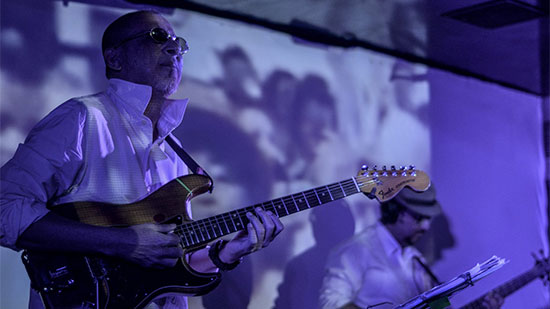 “All promoters face this problem across the country. As much as line up is important, ticket pricing and location of a venue matter too. Over priced tickets/drinks often demotivates potential ticket buyers.” says Debayan Deb, part of the programming team at Only Much Louder.

Ritaprabha Ratul Ray, guitar player for Bangla rock veterans Cactus and also for the one gig-old The Ritornellos believes the youth, which comprises most of the gig-going audiences is often broke, but cannot be blamed “because life in college is hard, and you can’t blame the kids if your liquor sales at the pub don’t break records, or a ticketed concert doesn’t sell out.”

While I’m of the belief that the volume of original music coming out of the city is fairly low, Lall denies this: “most musicians in Kolkata are hard working and have always been, despite the lack of spaces, infrastructure or funds. […] You can’t expect everyone to just keep putting out good and meaningful material without taking the time (being lazy, if that’s what you prefer) to do it.” 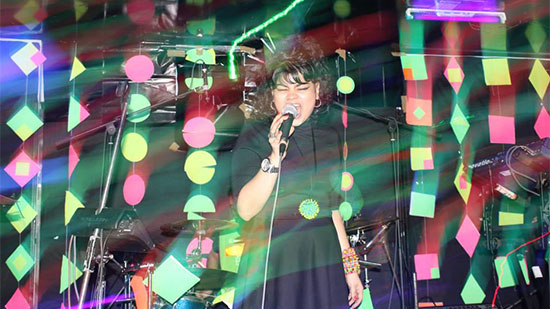 Zoo performing at Jamsteady – image curtsey of the venue

Arora re-instates, “I feel there is a lot of new music happening in the city but once the band or an artist sees there is only so much opportunity, they mould themselves to fit the scene. New music does not go beyond a certain level and eventually fizzles out.” Sengupta also makes a hat-tip to newer genres being explored, one-off pieces of good news, and the off-hand initiative – echoed by Arora when he says, “What we need is for the musicians to take charge of the situation. Musicians need to get out of their comfort zone, push boundaries, create avenues for themselves, and reclaim the scene. Sitting at home and cribbing will not do any good to this already slow city.”

With the kind of awareness that exists, you’d imagine lots more happening in a short span of time – and for the people of Kolkata, the bands and for myself, I really hope it does.