‘We’d Never Met Before But We All Spoke The Same Language – Music’: Dinelka 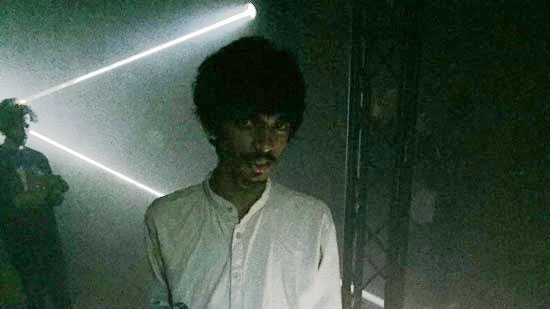 “As a sound artiste, I hear everything. I am drawn to sounds. And, my artistic vision allows me to visualise these sounds. I have seen many things in Berlin. Sometimes, it felt like home; as if I had been here before. It was all too familiar. Sometimes, I couldn’t explain what I saw or heard. But I was a part of it, nonetheless. At every corner, people were doing something different with art and sound. This place will always have a big school of thought, art and philosophy. To put it succinctly, Berlin is a big modular patch with different cultures/countries making different sounds. And, each one has its own character,” said Sri Lankan-based experimental musician Dinelka Liyanage.

Partaking in a tailored residency program (a partnership between Border Movement, Ableton, Musicboard Berlin, Wild City and the Goethe-Institut), the artiste spent two months in Berlin collaborating with local musicians, and undertaking music production master classes, aside from crafting cohesive musical experiences by imbibing the cultural and aesthetic values of experimental music.

Although wildly diverse, Berlin’s musicality harbours a symbiotic relationship of the classical and eccentric. Fostering an influential cultural spectrum, the city has played a pivotal role in perpetuating revolutionary artistic movements. Within its temporal structures, lie unscripted verses of music and art. Some incomplete. Some coherent. Yet, they seek artistes as artistes seek them… “I met my ‘other’ family in Berlin. My music family. I shared beautiful connections with all these musicians who came from different parts of the world. We’d never met before but we all spoke the same language — music. And, it felt right. At times, the sessions seemed like ‘meditation’. We were all addicted to sounds emanating from the universe,” said Dinelka who was presented with the opportunity of performing alongside artistes like Andi Teichmann at Krake Festival that showcased spaces combining industrial aesthetics with cutting-edge musicality.

The festival charted an unorthodox course by offering musicians an insight into eccentric aural realms. Apart from acts that depicted a ‘digital hardcore’ style encompassing anti-fascist and anarchist vocals fused with techno, the event also included a presentation of the world’s first existing bootleg culture that developed in Russia in the 1940s. The Soviet phenomenon titled ‘bone music’ involved bootleg recordings banned in the USSR being pressed onto discarded X-rays. 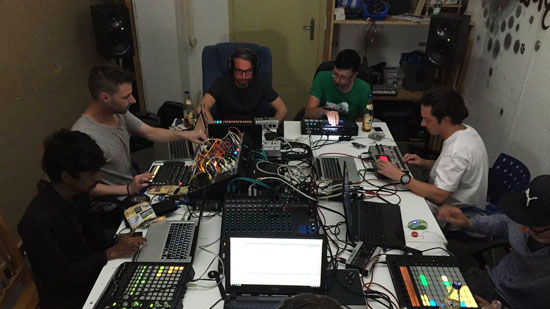 “I was also invited to participate in a laptop orchestra session with members of Micromod Music (and POOLcast). Every artiste dabbled with a different sound but it merged beautifully. Apart from gigs, I also got to play ‘live’ for the very first time with Akel. I couldn’t do it earlier due to lack of equipment. I found inspiration everywhere I looked. I stumbled upon artistes playing music I’d never heard before. And, I was surrounded by like-minded people. People whom I could relate to. So far, I’ve met many experimental artistes from Sri Lanka and Berlin. I learnt a lot from them. In the past, I was struggling. I felt alone. I think all these experiences have only helped me grow stronger,” explained the musician.

A preamble to chaos, the streets of Berlin quite often portrayed the dynamic duality of art and human existence as Dinelka sought his purpose in its spaces. At times, he was bewildered by its unadorned acceptance. There were also moments when he succumbed to it all. Even so, despite the chaos, he found his corner. In quiet noises, and drifting silences…

“It was not just about the music. It was a journey. And, it changed everything for me: my life as an artiste as well as my perception of the artistic world. It made me think differently. I belonged there. Albeit the residency may have altered me in many ways, I consciously try to keep my own influences intact. I’ve learnt to experiment with sounds in a more technical manner,” said Dinelka and added, “There were days when I’d just walk with my recorder to small towns nearby. I’ve always considered myself anti-social but Berlin has perhaps brought out a different side of me — one that I am keen on exploring. I’m gradually beginning to understand and realise the ‘image’ of sound. And, this is just the beginning…”