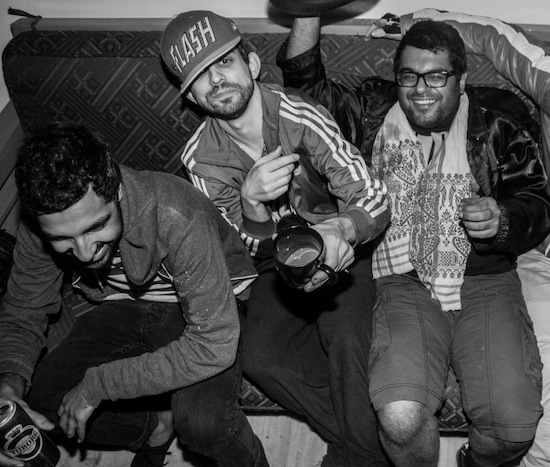 Over an interview with DJ Su-Real, you immediately slot his answers into two neat piles – on and off record. One of these days he may slip up and let us write in his truly scandalous opinions, but until then what he has to tell us about The Grind ought to tide us over.

What is the Grind, what sort of music should we expect at one?
The Grind is a DJ collective, honestly just a bunch of friends who used to get together at (now defunct legendary Haus Khas Village venue) TLR and experiment. We got into a groove with our music and that’s how The TRAP (the precursor to The Grind) started. The objective was to get everyone grinding to tracks they haven’t heard before and interspersing it with familiar, sometimes even commercial, material. What sets us apart is our style – we’re probably the only collective in India that plays off each other in fifteen minutes sets. There’s a healthy sort of competition between the DJs, we get points off the crowd’s reaction. Of course, the set has to build on the energy of the one that came before it as well. It’s not really a competition though ’cause we’re all winners in the end., everyone gets to play two or three times a night. There’s none of that opening set/closing set atmosphere to create so we’re relatively free, we just play out the meatiest parts of each track so you’re not going to hear more than a minute of anything. When there’s a rotation every hour it’s much more fun, not just for us but the audience too – we feed off each other’s vibe.

How did the idea occur?
The TRAP was originally inspired by the famous Boiler Room concept and their sets the world over. Part of it is that in my background as a live musician, I’ve played guitar and piano in free jazz improv bands. That’s exactly what improvisation in jazz jams are all about. Bouncing off what everyone else is playing and adding to the whole. All sorts of DJ collectives in the west do this, too. Also an obvious influence would be the soundclash from the original dub and reggae scene, something that’s recently carried over to India, thanks to acts like Reggae Rajahs and BASSFoundation. But while a soundclash has two crews playing against each other, we’re all on the same team at The Grind. 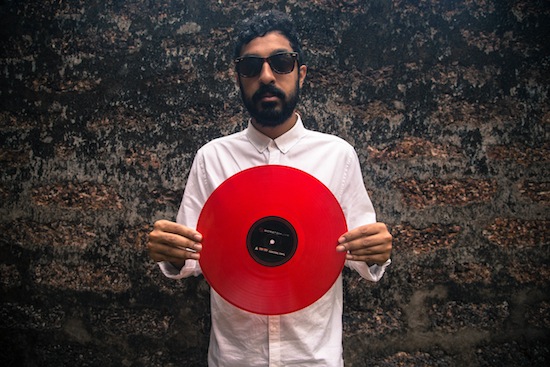 Why switch names from The TRAP to The Grind, what’s the difference between the two?
Long before the Harlem Shake, trap music was just picking up as a sub-genre in EDM. No-one in India had caught on just yet, but Kerry (Flash Hardcor) and I are rooted in American hip-hop. We simply tried to get a groove going here. The rest of the collective spins different sorts of music, though, and the genres dropped quickly diversified – we were going from straight out EDM into tropical and dub and there was even some psy-trance in there courtesy Robbie (White Rabbit). The Grind reflects what The TRAP had become, that it’s not so much about the genre as the energy and the heart – and getting those hips grinding to some banging tunes.

What’s interesting is that you decide what to drop on the fly, off short-term memory rather than planning a set out completely before you’re up at the console.
Yeah. Most of us have parts of our sets ready though. Generally speaking, however, spontaneity adds something to the mix.

What does The Grind’s unusual brand of DJ’ing mean for the audience? How do the members of the collective complement each other?
There are a lot of areas where we crossover but then we also listen to very different kinds of music. I mean, that’s inevitable because there’s a lot of fucking music out there. What I want to say is that we’re not just dropping shit we like, we drop stuff that has quality to shake the room. Sometimes, we’ll line up cues for the next guy and sometimes we’ll get out of our comfort zone. But we definitely have one objective in mind – getting you to move to some killer bass. 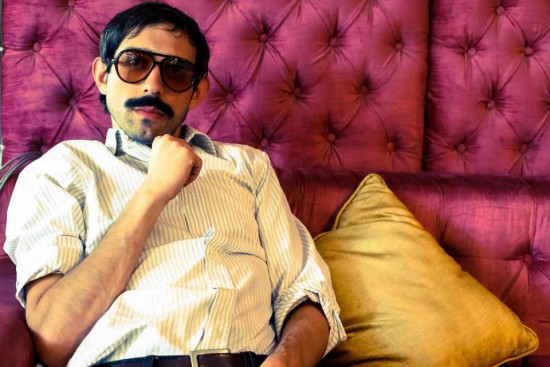 Great sound must figure high on a list of the Grind’s venue priorities.
Well, a lot of guys in the scene are audiophiles and need very specific equipment. Me, I’m a fucking punk rocker at heart. I’ve played at some places that lacked a great deal in the sound department, at a lot of parties where police show up and then you have to tone down the volume. You still keep the beat going, get people dancing. We’ve pulled it off, because you learn to make do with what you have.

Where do you see The Grind going from here? Anything we should particularly look forward to?
We’re all doing our own stuff otherwise, but it looks good from where I’m sitting. The monsoon sees Munbir (Moniker) in London and Kerry’s going to America as well, so we’ll probably be keeping a bit of a low profile. That said, you never know, we’re certainly playing a few venues in Delhi.

You’ve been moving countrywide recently. How does it feel to be touring and reaching out to a wider audience?
Playing the same city gets old. It’s great to see an audience that’s come down to see you, and I don’t just mean because they’re friends and regulars. These are people who come to a gig and ask me the only right question afterward – it isn’t just “oh you were great” or “what was that track you spun”, it’s also “when are you going to come next?” They want to be there and they want to get friends. If I was living back in NY, I’d have a fan following; in India, it’s nice to see people remember your name and look you up when you come to play. Besides, on tour sometimes you’re pleasantly surprised, as we were with the banging sound at the H2O Lounge in Mumbai. 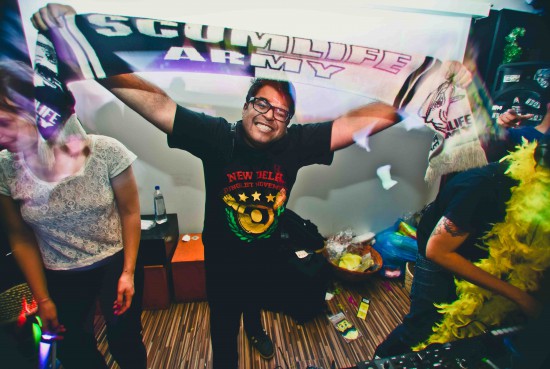 Before we’re done, I remind DJ Su-Real of something he’d said to me once that fits into the piece. I’m going to quote him in the title, I say. ‘We Live In A Post-Dubstep Universe’.
DJ Su-real says, “no. Make that, ‘We Live In A Post-Dubstep Multiverse.’ Because that’s what it really is.” He laughs then, but as always you can never really tell if he’s joking. I nervously laughed along.