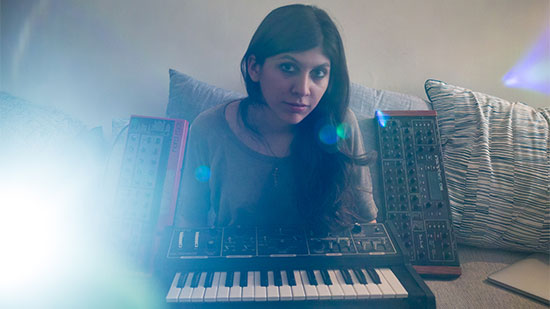 Following a few EPs and a record to her name, Sandunes just dropped her sophomore release ‘Downstream’ (download here). While ‘Downstream’ is easily her most forward-thinking solo work, it also channels her current state of mind – more vocal, fierce and definitely more willing for a head-on challenge, while still being extremely comfortable. 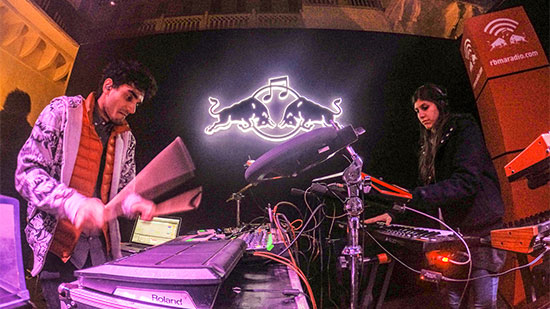 ‘Downstream’ is a record that defines new limits for Sandunes as a producer – but more importantly, breaks them for the live musician within her. She credits plenty of this rediscovery to her contemporary, Jivraj Singh. Last year, along with Singh, Ardeshir formed one of the most exciting entities – experimental duo Perfectiming. The act received major support from Red Bull Music Academy, of which Singh is an alumnus and rounded off their mini-2016 tour on the RBMA Stage, at the enchanting Magnetic Fields Festival in Alsisar, Rajasthan (videos here and here).

On her latest album, Sandunes eases into stronger beats with a renewed confidence, nailing that groove and constantly bettering ‘the pocket’ – having received help from Singh, and drummer Aditya Ashok (aka Ox7gen). What also helps her cause, in comparison to her previous record ‘Ever Bridge’, is the approach (and hope) to make it more playable live, rather than DJing it. While Ardeshir often comes across as more self-aware and conscious than many contemporaries, the clarity of thought has never seemed more crystalline.

Deciding to open with the not-so radio-friendly ‘Mighty Protonic’, to a release build-up on perhaps every social media channel available, including her face on the cover – a rather unlikely move on her part – Sanaya doesn’t shy away from putting herself forward. In conversations, she makes it evident that having toured America, including opening for Pretty Lights at Telluride, collaborating with musicians across the world, and even aligning with event and artist management agency Only Much Louder – she has finally accepted that making music is perhaps just a single tangent of being a musician.

The Sandunes of 2016 is dreaming up things, setting future goals and is unafraid, to ask for help in realising these ideas. Detailing a record release, in a downloadable era, is a worrisome affair unless you’re racking up numbers like Nucleya at a live show – and Ardeshir has constantly reached out to her peers and resources to help with the same. This was evidenced in her workshop-meets-release party – with Jivraj Singh on visuals, supported by Red Bull, India at the newly opened G5A Academy, in Mumbai – talking about the process, which seems to be her mantra for the season. Watch a recap of the Mumbai launch here. 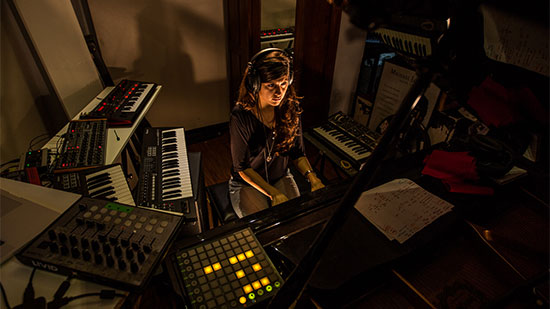 ‘Downstream’ sees Ardeshir rework and create new music owing to the loss of hard drives, almost always a bane for a producer. However, taking it in her stride, Sandunes explores music that she has come to be comfortable with playing. On some of the standout tracks on the album, namely ‘Jack Blaguar’ and ‘Something Twenty’, the use of instrumentation has evolved yet the groove still retains shades of past releases.

While Ardeshir is currently touring the country for her album launch, she has plenty of projects in the pipeline. Besides collaborations and creating music for Perfectiming, Sanaya has dabbled in working with at-risk children, utilising music as a vehicle of expression. Singer-songwriter Ankur Tewari has also employed her production duties for an unreleased track off his upcoming release, ‘Side A / Side B’. Over the last few months, Ardeshir has also worked on a project titled Day Long Creation with peers such as producer Ayan De and Rishabh Sharma, wherein they produce and release a track over the period of one day.

Earlier in September, Sanaya aligned several of her friends across the country to host listening parties for her new record. Standing in a room full of rock n’ roll nerds in Kolkata, it was intriguing to be in the midst of the most widely attended of these. The loveliest sight was watching Jayashree Singh, the vocal force of stalwarts such as PINKNOISE and Skinny Alley, be the first one to start bobbing and move in her chair, as the album kicked off. In some way, reaching out to all kinds of listeners has been Sandunes’ greatest hope, and achievement to some extent, in recent times. With ‘Downstream’, and her future projects, one can only presume things will go any way, but that.