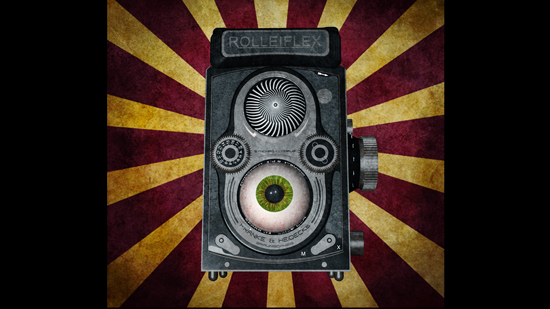 For what that sentence was worth, it weeded out the weak spines amongst us and in its place, released a bold new civilian — a renegade of both digital and physical art forms, cluster-fucking pastels till you can smell what you hear, and see what you sniff. So will you stream a few seconds more? Will you now accept this bold new broadcast onto your radio waves? Too late, it’s furious.

Aakash Bhatia’s vital signs inspired the course of this story. His opening statement to me (and opening line to this article) is testament. “Indie is expected to look and feel a certain way. Every bloody thing is norm bound — ‘hey you can’t make a documentary like this, hey you can’t make a music video like this,’” he continues. “I mean anyone who shoves you into a corner and says that’s how an indie video should be done, this right here is an answer to those people.”

He speaks of — ‘Suburban King/Top Girl’ — the visual aid to multi-genre musician Donn Bhat’s single ‘Disco’. The video, which tours the festival of Janmashtami and the popular Maharashtrian tradition of Dahi Handi, quickly denounces the exhaustive poverty card for something that’s real and relatable.

Bhatia has excelled as a copywriter for the past four years and this was his directorial debut for Mumbai-based production house Story-tellers.in. He still credits his days to being a “corporate bitchdog” to have that sense of organization and professionalism that he wanted to bring to this film. 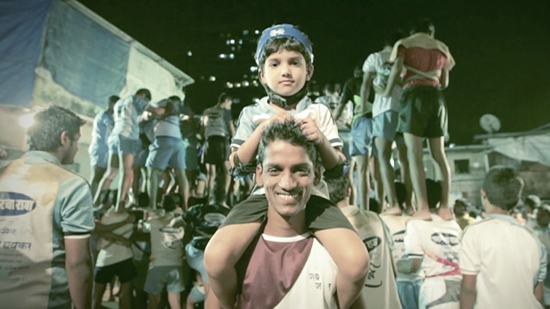 Forty seconds into the video makes you want to question the confines of Bhatia’s realism— water pours out of a bucket and a character dives into the ocean in one fluid motion; a low-angle tracking shot captures the joy of a child stumbling across the expanses of a beach. In fact, the only blatant element to the whole package is Donn Bhat’s jovial foot-tapping single itself. Does it work?

“’Disco’ and the ‘Suburban King/Top Girl’ are so contrasting and that in itself pushed us to do this,” Bhatia continues. “They work organically and in isolation of each other. Once we both saw merit in each other’s idea, we got involved in bringing it alive. Donn even created a special prelude to the song specially for the film.”

On receiving his cue, the comparatively elusive Donn Bhat weighs in on the ‘indie’ tag. “The term indie is a pretty dirty word right now,” he says. “I read about Bollywood singers/actors who have now embraced that tag because it’s the fashionable thing to do now, little knowing that its the same mass consumerist dumbed down sleaze that they’ve been selling that led to the ‘indie’ scene as a counter culture. So I suppose it’s all come full circle.”

“With this film, we didn’t subscribe to the convenient gentrification of art,” Bhatia concludes. “Donn’s music has a certain feel, and the film just amps up the same thought process. It’s a bloody brilliant time to take risks, create a little culture and civilize people. I mean I’ve had enough of these social experiment videos being shared and crazy crap fad video being the talk of the town. When you collaborate between media like this, you are adding value while creating social currency. People will talk about the song but they will also talk about what the song has done.”

Sachin’s weapons are his colour tones and overall despondent outcomes to the music videos he creates. While he spent months in sanctuary, creating installations for Goa’s The Story of Light festival, he assures us he’s not caving in to his own canvas. Back home in Mumbai, the kids at cafés were raving about a three-part video series he did for pensive singer/songwriter Sohrab Nicholson. For Sachin, the trick is courting visceral musicians with visceral tones, without cauterizing his product to an amateur grade.

“Just the word indie has mostly been associated with low budget, alienated productions,” Pillai frowns. “I guess that’s generally the idea, but then again putting the word indie on it tends to deem it to a certain category. I personally don’t really worry about the association – although I could say I do have to adhere to the low budget part more often than not.”

With a teardrop for a lens, the first part of Nicholson’s three-part opus ‘For What’ plays like a teaser. Initially intended to be a performance driven piece, the poignancy of the lead character Saba Azaad versus Sachin’s slow burning overlays were enough to indulge the viewer’s senses, to forget one’s issues and see the world for how truly vast it is.

“The idea of alienation is important to me,” Pillai says. “The music video only stands out as much as the track and consequently, the story. I feel like the need to fulfill this sense of creative alienation is only the first part of the process. Once a film is out there, it can possibly fix or reveal a new set of parameters for other creative people indulging in the same sort of genres. Then it’s no longer alienated and by its nature of being indie or commercial — it becomes part of something bigger.”

Enter the bold second chapter of “For What.” Nicholson finally tears through the curtains with his piercing vocal chops, while Sachin puppeteers his characters with near-catatonic impulses. Even with the story completely detailed prior, Sachin found himself bending the narrative to the on-screen chemistry of his lead characters. The mise-en-scene catches fire as the actors in question, Paloma Monnappa and Mihir Joghlekar, lock roles frivolously and court beauty in breakdown.

The memory hits a nerve and Sachin beams with excitement.

“I like where independent music videos are going now,” Pillai says. “As opposed to less than a decade ago when there were only cover bands, and now there are almost none. To the extent that within a 20km radius there are at least 10 bands, musicians, and artists who are doing truly compelling work. I feel like its a time for a new creative era in India fuelled by the digital revolution which has allowed all of us with computers to become film-makers, musicians, designers and …”

Editors Note: Since this feature was originally written, Aakash Bhatia’s short film for ‘Suburban King/Top Girl’ had its world premiere at SXSW 2015 Austin, Texas in the ‘Music Video’ category. Aakash’s masterpiece was handpicked along mainstream giants like Chet Faker’s ‘Gold’, DJ Snake’s ‘Turn Down For What’, and Paulo Nutini’s ‘Iron sky’.