“Things Are Just Going To Get Weirder”: FILM Talks To Border Movement About His Residency In Berlin 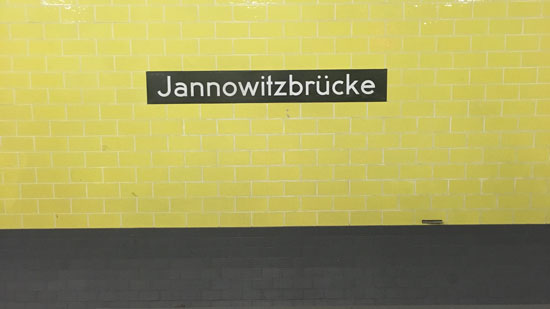 “It’s, probably, the most life-changing thing I’ve ever done,” Sanil Sudan tells me over the phone. He’s been back in New Delhi a week after spending the last 2 months in Berlin as part of the Border Movement Residency program.

A producer and DJ under the current moniker FILM, Sanil has been working behind the scenes in the Indian music industry for many years. He also felt that, having been a part of the local music space for so long, he was a bit lost. FILM, his most recent moniker after Alter State, was for him, an idea that “there’s nothing.” Going to Berlin helped him feel that not only is that okay, but he felt encouraged by being in a city that’s experimental, refreshing and inspiring to artists.

Sanil decided to apply for the residency because, “I’ve just been dealing with a lot of people from Berlin for a long, long time, so I just thought it would be better to go there, settle in, give a face to all those [names].” 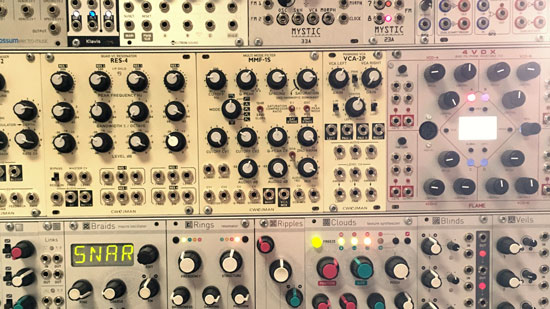 A former artist manager at New Delhi-based agency UnMute, Sudan has held a handful of positions within the Indian music industry; but he always felt that what people were bringing from outside of the country was a culture that he was itching to be a part of, “I wanted to find a way into music [in Berlin], change my perspective and [understand] how the club culture works there,” he explained.

“To be honest,” he excitedly said in a breathless monologue. “It really surprised me because this city is really open to anything. I saw so many experimental gigs and all the clubs I played, I thought I could only do this or do that, but I could just do what I wanted to there.”

Staying next door to the infamous Kater Blau club, Sudan was flabbergasted how the building functioned: it was a house with a club, a restaurant and even a kindergarten school during the day. Taking over an area, a group of DIY-inspired artists turned it into one of the most well-known names in electronic music today. With 16 studios in the building, Sudan found himself bumping into artists every day for coffee, breakfast or late at night. It was the tonic Sudan was looking for in his self-imposed floating abyss. 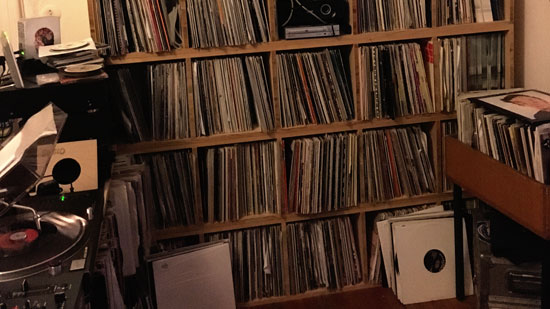 Writing music every day for 2 months, Sudan kept himself to a schedule. Being a music maniac, he would dig in record shops for hours, talking to the owners of well-known vinyl store Hard Wax about tracks and artists. He would bump into people yet still feel productive because, he joked, “you can party it out for 10 days straight or figure it out and schedule your life.”

Going to Berlin primarily as a DJ, Sudan found himself having a bit of a complex. Comparing himself with Sandunes and Alien Panda Jury, the 2 other BMR residents this year, Sudan realised that this unique insight could only help him. He decided to play his aces.

“I started treating music, or anything you do as art,” he divulged when reflecting upon what Berlin taught him. “In Berlin, they treat making music as art. How [we] can help each other and work with each other. It’s still communicating a message which I now understand.”

Finding himself immersed in a community of like-minded thinkers, Sudan was quick to point out that in Berlin, “as long as you’re doing art, you’re happy, which you don’t get to kind of do [in India] because reality hits you way harsher. Experiencing that first-hand was great.”

He found that carrying 13 years of baggage (most of which was spent as a DJ) was a heavy load. Being in Berlin, the burden dissipated. It enabled him not only to see what he does as important but it gave him perspective on how he can improve and develop, “I’ve got into modular quite a lot. I want to build a rig and go back next summer. I’ve become really interested in doing electronics and how they communicate with each other.”

And now, he wants to translate this fresh energy, this perspective that he deems new and exciting to the Indian music space. “India is great. I’ve never complained about it even without going outside because I know it’s a fight which we like to fight. We’ve all been doing it for 10-12 years, we’ve all come a long way.” 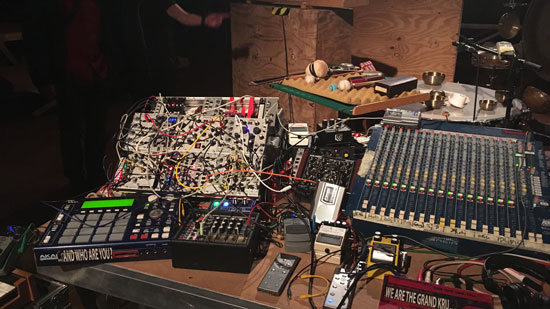 Initially, he cared too much about what people thought of his music by being nonchalant about not giving a fuck about it. But, now, he’s starting to look at it as “you get it or you don’t.” Whether he’s working on drone music, experimental house or techno, he doesn’t want FILM to be constricted to the dying term of genres anymore. Sudan wants the Indian music space to change the way it looks at music, as an art form above and beyond anything else.

This raw, no holds barred attitude from Berlin has only inspired Sanil to work harder in India. As he aptly declared, “If I went 10 years back, I would never have returned but I’ve gone after 13 years [of being in India]. I know how to make things work here. Things are just going to get weirder.”