These People Deserve To Be Heard. The World Needs To Know Them: Zubair Magray 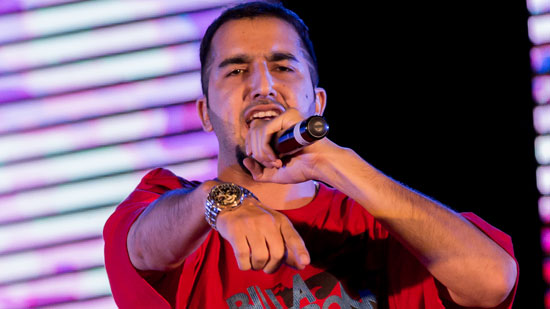 “If war occurs for a short period of time, it’s a tragedy. If it continues over and over again, it turns into your reality. It’s what defines you, what gives meaning to your life. Over the years, Kashmiris have witnessed so much tragedy that they are becoming a part of it. Here, arrests, disappearances, torture, encounter and protests are all a common occurrence. And, they affect your economy, your education, and your way of life. Everyone wants Kashmir but no one is willing to go there. No one wants to live there,” says Zubair Magray, a rap artiste from Kashmir. Under his moniker Haze Kay, the musician has been instrumental in crafting socially-conscious narratives within the contemporary rap spectrum brewing in Kashmir.

It was during the Gawkadal massacre in 1990 that Zubair was born. Termed one of the bloodiest massacres in Kashmir’s history, many believe it triggered a series of events that perpetuated a turbulent sociopolitical order within the valley. Violence erupted on the streets of Kashmir as paramilitary forces opened fire on protestors. Soon, armed insurgents intensified attacks against the military. Ethnic cleansing and genocide forced thousands of Kashmiris into exile. Death lingered everywhere, that year. In sights, smells and sounds. 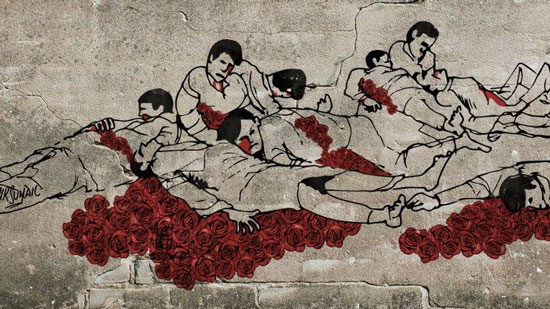 Sketch of the Gawkadal massacre by Mir Suhail

“I grew up in Srinagar around the same time when the insurgency began,” explains Zubair, “I think I used my music to talk to people, to tell them my opinion. These were people I couldn’t directly reach out to. So, music became my medium. It is my way of connecting with myself. At first, I just wrote whatever I felt. There were rhymes after rhymes, pads after pads, thoughts fighting to be poured out […] The only motivation that forces [me] to keep going is that these people deserve to be heard. The world needs to know them.”

And, that’s all Zubair required. A chance to tell his story, and the story of countless others…

“Kashmir has had a huge history when it comes to music, says Zubair. “We have had poets like Agha Shahid Ali, Habba Khatoon, and singers like Raj Begum and Shameem Dev Azad. These were the ones who started it all. But most importantly, we have Bhand Pather. These are a group of people who are actors, dancers, story tellers, impressionists and singers. The Maskharas are one of the most important characters in Bhand Pather. They do accurate caricatures of society using a great deal of pantomime […] The message that comes across through these performances makes Bhand Pather an extremely relevant and contemporary traditional folk form: one with a political and social review.”

Zubair’s music was born out of sufferance. Underneath the war rhetoric are strung impassioned rhythms of the dead, and collective memories of repression. It’s personal. It’s political. Each layer unravels a conversation between the familiar and forgotten. Here, every prose tells a story of an unperturbed glance through the pitfalls of humankind; the story of an untold war.

And, they don’t go unnoticed. A few years ago, Zubair’s song ‘Azadi’ was taken down by the police. It was labelled anti-government. “There are people still looking for that track. Those who have heard it relate to it,” explained the musician. In Kashmir, recording studios were raided and musicians were intimidated by armed troops. A vicious crackdown ensued as the military’s grip on art tightened. They were being watched, all of them.

Unfazed by threats, artistes continued to rebel and express their suffering. Many ascertained they all deserved the right to know the truth, a right that was denied to Kashmiris. A systematic regime of torture, enforced disappearances, unidentified bodies in unmarked graves, laments of half-widows — they sang about them all. They sang their reality, the reality of war. 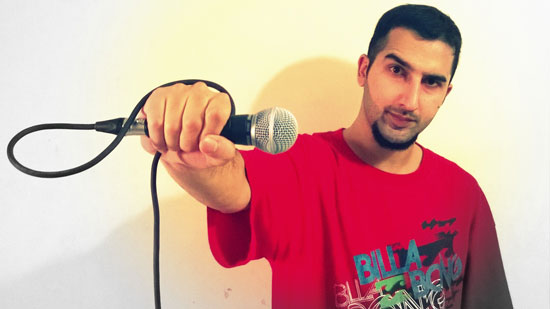 “In Kashmir, kids learn ‘a’ for arrest, ‘b’ for banned and ‘c’ for curfew, first. When you are from a conflict-ridden zone, a battle field, you don’t need to pretend to feel sad. You don’t need to act. Your every word is witness to everything you’ve been through. Music gives sight to the blind and hope to mankind. It’s when I am true to myself, when I don’t hesitate, hide or lie. It just connects. Music won’t care if you are Hindu, Muslim or Christian. When it strikes you, you’ll feel it. It will talk to you and it’ll want to listen to your side of the story. It does give you an escape route: one through which you’ll get back to reality stronger. Music has helped a lot of kids speak their minds. It helped them build themselves. It helped them understand that there are other ways to protest, other ways to demonstrate. There are many kids who have started their own news websites today. These sites report the ground-zero reality of Kashmir as authorities try to take them down, one by one,” explained Zubair.

With ‘Justice to Aasiya Neelofar’, the artiste makes a poignant statement on the Shopian rape and murder case of 2009 involving the alleged abduction of two young women by the Indian army. One morning, the women went missing from their orchard. Their bodies were later recovered under mysterious circumstances one kilometre apart. While local authorities initially rejected claims of sexual assault, the evidence presented later proved otherwise. “I made the song and connected it to the Delhi Gang Rape incident. […] My only aim was to shed light on these issues. Artists of any form are free thinkers. They have the power to understand reality in its true form and explain it to those who can comprehend them. They look at a situation and wonder what if this was the other way round. Therefore, artists need to be left free as they are the ones who give unbiased views, who will carry your legacy for you. They will help your message reach far and beyond. In this new world order, artists are like critics who are free to question the norm,” said Zubair.

But it comes at a price. For, freedom was never meant to be free. Their tales were mired in endless sorrow, much like their lives. “To me, freedom means to be alive. It means to be human. As a Kashmiri, it means to walk around Kashmir without being frisked every half a mile. It means to be looked at with love and not suspicion. Yesterday, I read that some Kashmiri children who were arrested under suspicion were released as they weren’t found guilty. Mohammad Hussain Fazili [a shawl weaver] was one of them. He spent 12 years in prison wrongfully convicted in a terror case. What is he returning to? How exactly will the government apologise to him for the torture they put him through, and all the years he lost? There are people who will argue that this is just collateral damage. Look at the bigger picture, they say. What am I supposed to look at?” asked Zubair.

Things won’t change in Kashmir. Not for a long time. Like most days, leaves will stir, and the earth will crack. And, the valley will be shrouded in deafening silence. The silence of doom, some call it. The aftermath of war, others shall recall. And, like most days, glimmers of hope will battle to remain alive, to seek freedom from cruelty. And, they’ll rise steady, one by one. One beat at a time, one rhyme at a time…