“There Is No Excuse For Not Expressing Yourself”: Ash Koosha On Trump, Living In Exile & The Need For Critical Thinking In Art

On 20 January this year, former businessman and reality TV personality Donald Trump sauntered onto the West Front of the Capitol Building in Washington, D.C. to take oath as president of the United States. There wasn’t a doubt in anyone’s mind that the ripple effect of this mind-boggling election was eventually going to reach shores around the world, but when Trump signed the executive order on immigration (“protecting the nation from foreign terrorist entry”) a mere week later – mankind gasped in collective, despairing shock.

As of now, the travel ban (which specifically targeted predominantly Muslim nations Iraq, Syria, Iran, Libya, Somalia, Sudan, and Yemen) has been temporarily suspended in response to numerous protests, appeals and lawsuits. But we all know the kind of anger the order brought about when it was first declared. People in the arts and music – from Questlove to Meryl Streep and Rihanna all had something to say – as did Ninja Tune experimental composer, musician, multi-instrumentalist and filmmaker Ash Koosha.

I’m a fan of his work, loved last year’s warbled, complex ‘I AKA I’, but none of it felt obviously political. What I didn’t realize at the time, however, was that for Ash Koosha – even making the music he makes – so powerfully non-conformist, rebelliously modern and technologically forward– was a political act unto itself.

Ashkan Kooshanejad happens to be from Iran – a nation that is (and has been for a while) undergoing a period of tremendous change and unrest. A child of the revolution, Ash Koosha’s been living in the UK for the last 7 years, forced to flee the country of his origin after the release of critically acclaimed, Cannes award wining film ‘No One Knows About Persian Cats’, which documented a music festival in 2007 that he held illegally with his collaborators and friends in Iran. His manager Hari Ashurst wrote a detailed piece for DAZED describing his life story and the difficulties they’ve faced trying to acquire an American visa even before Trump was elected.

It was only natural that a UK based, Iranian born musician who identifies as an atheist with a Muslim name would have a reaction to the travel ban. A lot of us had read the predictable tweets and Facebook posts by this point – quick flaming opinion that tend to die quickly after they’re born. But reading Koosha’s statement – hosted on the Ninja Tune website no less – felt real, raw and more nuanced than others – far from an emotion fuelled rant, it was a dissection of the fear, class division and quantifiable problems that led to election results in the first place.

Ash opened questions for the press soon after and I was lucky enough to have a word with him about it all.

What have been the reactions to your statement so far?

I wasn’t surprised to see the reaction to my statement was mainly out of support and compassion, which also triggered a confrontational approach by liberal thinking youngsters emotionally attacking anyone who supports Trump, that I’m always critical of. Of course besides that I got a few comments and messages supporting the ban regardless of the key element of my statement – that is to understand the real issue – the division of classes.

A reality TV star and real estate mogul has won the election for arguably the worlds greatest superpower, and he seems to be following through with the ludicrous promises he’s made. Did you see this happening a year ago?

I’m not going say “ Oh I knew this” but I couldn’t see any other result considering the reality of our world (at least in the last 8 years). We have lived through hard times, financially and culturally. To name a few key problems – elitism, division of social classes and bipartisan politics has caused a semi-catastrophic situation. Trump is the result of the left having not found a radical solution for a change. In other words this is a temporary state until we recover from the neo-liberal damage, where you had equality and liberalism at the forefront but political corruption and capitalism at the core. We have Obama who in essence has done so much damage to the world and America yet is known for his immense contribution to social justice and progress.

The result, I think a lot of us can agree, was born out of fear. Where do you think it came from?

Yes, fear is the most powerful weapon here. Imagine I start going around my neighborhood and claiming that there are people who are about to invade us. The people “dangerous people” are of course come from a certain racial group or nationality and regardless of the nature of their intention, my neighbors will do everything to prevent any damage to their livelihood, which is already economically weak. This is where I can manipulate, direct and gain from a falsified fear.

At this point I genuinely understand the Trump supporters concern over those nationalities that is born out of a fearful observation.

According to your statement you were able to “see beyond geography” and make music simply as an artist – eventually. I’m assuming this was an exhaustive process – tell us a little bit about your transition to normalcy and living the life you’re living now from when you were pushed into exile.

I think the most important element of my last 8 years in London is the multi-cultural nature of this place. We use our own logic and imagination to figure out a phenomena, people or societies. What I learned from having to adapt to a new fluidity was that diversity is a big part of our evolution. To see beyond geography and find new dynamics that in practice work best for everyone. In my work, I tried to find the same – in music, film, visual work or technology I look for the overall synopsis, inclusive of many divisions that us humans have developed.

The challenge has given me the most important gift, that from the point of exile onward I don’t belong to anywhere or anyone but myself, then I can see through boundaries, comparisons, limits, fears. In other words, without geographical bonds, we all get closer to a better version of ourselves – an Übermensch.

In Iran, when you were forced into exile and now in the US – in countries all over the world – art and open dialogue is being suppressed and muted like never before. In India as well, censorship is increasing day by day. Why do you think the reaction towards music and art is so strong? 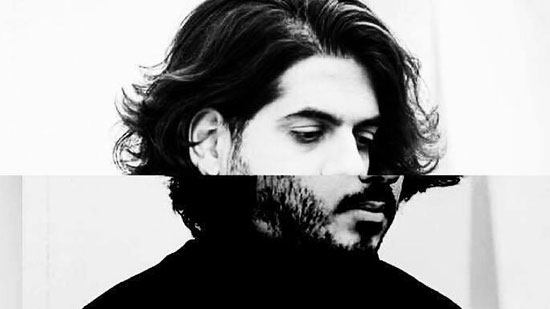 I think in general art and music is a delivery system. One that propagates propaganda, redefines social values, creates new agendas and plays with the public perception in an immediate sense.

The best answer to the question of censorship can be found in the perfectly polished product of the music charts, blockbusters and intrusive gossip culture. We’re not supposed to individually think anymore. Critical thinking is being put to rest for the masses. Censorship started when we all used the same interface (Facebook, Twitter) for our daily feed to see what is happening in the world. We already censored ourselves by using Instagram and adopting others’ life styles. I see these issues beyond the normative sense of political oppression. This comes from our own lack of interest in intellectual engagement. We don’t question anymore. We only use what is there and wait for what comes next. This is the real censorship. Other than that no government can ultimately censor everything!

“There’s no Radiohead. No one sings about ISIS. This is the child of neoliberal thinking – where I’m good looking, I’m on Instagram, everything’s fine, Oh! But also, inequality is important, I care about things, black lives matter, this and that. We feed ourselves out of these nice compassionate works, but it goes nowhere. It’s a surface level contribution that makes us think we are progressive and leftist and so on.” – (excerpt from an interview with Ash Koosha on Loud & Quiet)

How can art contribute in the right way?

It’s very simple. I release challenging music and it will never go on the radio; the radio guy will be like, “ this is too bleak mate”.

The problem is deeper than the creators in my opinion. Things went wrong somewhere down the line. We found psychological shelter in our compassion and right doings, where as in reality we’re only blindly consuming mass digital products. We are too vulnerable to be political, because we already struggle to pay rent! By their late 20s, almost everyone has a career change. We start to bow down to the “reality” of the world and stop creating and thinking. This is the real problem. We protest, we go home and feel better. We should protest, go home and read/think more.

Do you feel a responsibility in possibly having a more defined political stance? In the same vein – could you tell us what you can about your plans to play and perform as a banned artist in the U.S. without really being there i.e. as a holographic person?

As I’m doing this interview the ban is lifted temporarily, so I have to be firm on my own way of doing things, which is delivering the content regardless of any present obstacles. If I’m banned from entering, I will design a show where I can be present in a holographic format via motion capture in London and play a set with the same visual work I usually do. Also one of the reasons I think virtual reality performances are helpful is that comes a day you are physically banned, expression takes the lead and people would enjoy experiencing your work.

A lot of our readers on Border Movement are from countries that are undergoing political and social turmoil. A lot of them are musicians, writers and artists struggling to express themselves freely – what message do you have for them?

There is no excuse for not expressing yourself these days. Just make anything you can and speak out. Everyone has at least one amazing thing to say or share.