Honing in on the music industry, this platform is a big deal, especially as organizers behind the event include OML – India’s largest alternative youth music platform. And despite being the largest in the alternative space it still considers itself a start-up, which is questionable considering it has been running for over ten years and recently received a hefty investment. Despite this, they still foster the start-up mentality and as they expand into new territories of youth culture, they do so with the ‘start-up cap’, which allows them to really understand the highs and lows it takes to create, build and make a successful property. An essential proximity strengthened by the other organizer, Do One Thing that is also a start-up, which focuses on corporate social responsibility (CSR) .

India’s music industry is vast but the underground music scene isn’t. Be it musicians or venues located in Bangalore or Mumbai you generally tend to know or have heard of one another, which is great news in terms of strengthening the same cause. However for the underground music scene to grow, it cannot rely on just the community as Vijay Nair, founder of OML, points out ‘What we’ve realized as we’ve grown as a company, is that all forms of creative business are reliant on one another and it is this collective development and inter-dependency that creates an ecosystem conducive for any sort of creative business – not just music.’

An integral part of the kick-starter event happening at the Buddha International Circuit this weekend is networking. A selected number of attendees will be given an all-expenses paid trip to attend which will allow for a wider community of creatives from all sectors, cross-cities to ideate, partner or even simply coffee together. One attendee that was selected for the TC/1 stage was DJ Su Real who shared his thoughts on what The Coalition means for the alternative music scene, ‘Sounds good in theory. It’s a great recognition of dozens, maybe hundreds, of sociocultural entrepreneurs who have been dredging away trying to make things happen with little to none help or community support. As many of us discovered from the T.L.R. experience (Delhi club), it’s a huge deal just to get all the movers and shakers in one place to move and shake each other. Looking forward to it, whatever the outcomes.’

Luckily for the music scene, with OML being co-organisers, the music resources at this weekend’s event aren’t few. Workshops will be held specifically on event ticketing, music promo and festival management, plus speakers and panelists include Pentagram’s front man Vishal Dadlani and Faith Gonzales, founder of the non-profit Music Basti. 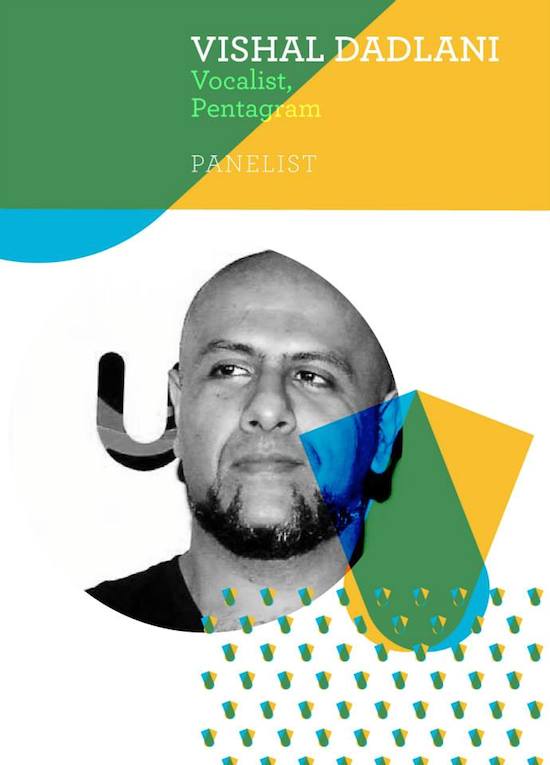 In a country where a credible career is either in the medical, engineering or financial industries, this platform will be a chance to prove to old-school sceptics that ‘a creative type’ can apply business skills to their idea to create something successful. ‘This is an opportunity for us to strengthen the creative community in India by providing them a platform to showcase their work, better understand business insights that took years for successful companies to get to and create a new breed of entrepreneurs with a keen knowledge and sense of business within the creative industry’ – Vijay Nair.

And Laura Quinn, founder of Do One Thing, shows us that the platform can even help with cross-cultural soft power, ‘Looking at the bigger picture, developing the creative industry has broader implications for India’s economy, policy-making, and even diplomacy (soft power) at some level. This combination of practical, measurable impact, along with a youth-focused strategy and long-term vision for the country, is what makes The Coalition such an important project for us.’

It’s happening. This is a turning point for creativity in India, remembering that a third of the population are youths. And as the community grows and creative businesses succeed at their own pace, hopefully their inspiration can help change dated attitudes to look beyond just the ‘billion dollar success story.’