The More ‘Limited’ Artistes Are, The More Creative They Become: Ghazaleh E 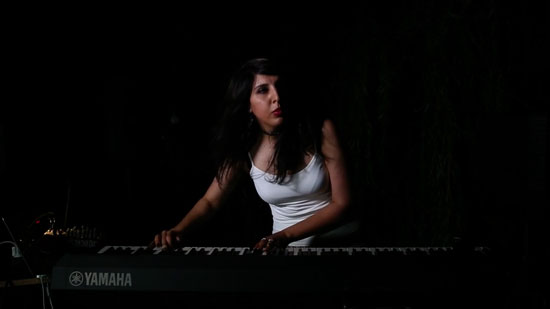 “Music is my medium of expression. It’s the language I speak. And, it is the only channel of hope that can bring mankind together,” says Iranian pianist and sound artiste Ghazaleh Ebrahimi.

Throughout history, musicologists have ascertained that the evolutionary progression of Persian music is emblematic of Iran’s socio-political and cultural order. Akin to its history, its musical identity too could be ‘broadly’ classified into two major eras — pre-Islamic and post-Islamic. While the ancient civilisation revered artistic pursuits that delved into interconnectedness and spirituality, the Islamic revolution perhaps altered the crux of Iran’s musical identity.

“Primarily, there are only two main genres that one could study academically — classical and traditional. Therefore, artistes who wish to experiment with other genres need to learn on their own or find a capable tutor. In Iran, the government doesn’t support music and musicians in general. So, artistes grapple with several restrictions. These maybe with respect to performances, gigs or simply a band practice. Since the entire process of making music isn’t easy at all, those who decide to do it, do it right,” said Ghazaleh. 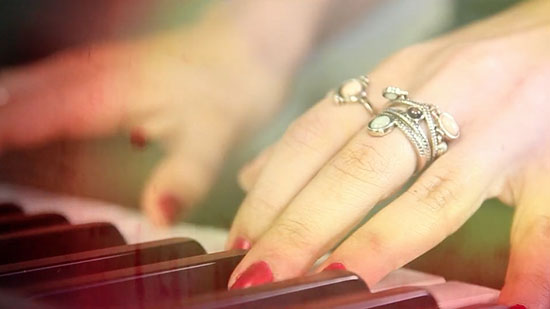 Despite the constant battle, many sociologists fervently believe that women have made significant progress in education and performing arts over the past three decades in Iran.

“Changes are taking place in the artistic ‘scene’ of the country. There are cultural houses and institutes investing in the new wave of music today. For a place where any kind of electronic music was forbidden, that’s quite a big step. Not long ago, western genres could not be pursued officially in Iran. So gigs, performances, concerts and everything in that regard would be completely underground. This big ‘underground’ scene is still active,” explained Ghazaleh and added, “Artistes continue to face a lot of obstacles even today, not to mention the gruesome procedure of acquiring permission to organise a show. It is a challenge, no doubt.”

Propelled by minimal chromatic passages, her musical sojourn is tinctured with simplicity and repose. There’s a subliminal aura of tranquillity enveloping her textures. Amidst a maelstrom of dense chordal trails, there arises brief moments of conflicting fragments when silence and emotion ascend to unimaginable heights. And, it is in these floating peaks that Ghazaleh tussles with a varying succession of sounds. Like an unspoken mind in natural resonance with human existence, her music offers a passage to unconquered sonic realms.

With ‘Dandelionaid’, she unleashes a fury of nocturne motifs. Cloaked in granulated structures, her sounds are in a constant continuum from atmospheric to minimal. Every movement is punctuated with delicate harmonic flourishes. Slow surges of gentility segue into long sullen silences, all carefully crafted through ambient strains. And, as the melodies converge, an unsettling spirit of longing evokes familiarity.

‘Intro-Version’, on the other hand, is Ghazaleh’s attempt at dissecting and interpreting Klein bottle — a mathematical concept first discovered by German mathematician Felix Klein — through sounds and vibrations. “It is a non-orientable surface that has no inside or outside,” explained the musician. Peppered with bursts of asymmetrical overtones, the resonant mobility of the song’s melodic lines, and timbres combine with a building tension. Although articulated by subtle movements, its layers transform from structured to abstract in relatively short pulses. Soon, every rhythm and movement ceases to exist. Yet, the melody lingers on…

“Sometimes, I don’t require any instruments to compose a song. I just need a source of inspiration. Music is all around you. You need to absorb it. The output will always be your interpretation of a moment. One can never lie with music,” said the artiste whose latest musical exploration ‘Yeki Bud Yeki Nabud…’ (‘There was one, and there was no-one…) premiered at the Bel Etage Projects  as a part of her Border Movement Residency  in Berlin last summer. 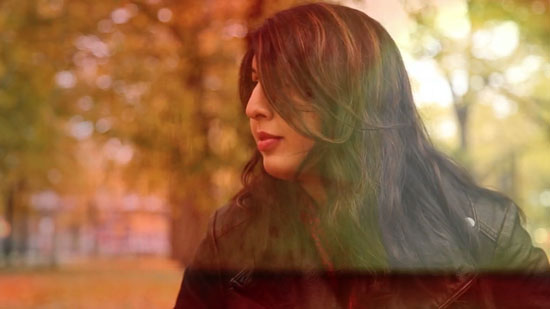 “Berlin is full of hidden places. Behind every cafe, bar, market or bookstore could be a hidden stage where interesting experimental performances take place. Once you connect with the local artistes, they introduce you to a whole new collection of exotic happenings. And, the story repeats itself with every new location you enter. You find more connections. Thus, more places to explore,” said Ghazaleh. Aside from crafting memorable musical experiences with Annika Henderson  , her interactions with artistes like Peter Kirn  at LOOP: A Summit for Music Makers  also resulted in numerous collaborative studio sessions.

“At first, I wasn’t really sure what it (the experience) would be all about. I’m satisfied with the fact that nobody else told me what it was about either. I had to find out on my own. I don’t remember when and where it all suddenly started making sense,” she said and further explained, “I just found myself in the middle of a story, in a dream — a lucid one. So, everything’s quite real. And, you have to play your role in the story the best way you can. The way you want it. The way you’ve always wanted to. I’ve experienced amazing things in this journey. I have learned a lot too. I’ve captured all of it. It’s all a part of me now. And, it will be in everything I do henceforth both as an artiste, and as an individual…”

In the shadows of adversity, there will always thrive artistes who break all barriers by liberating themselves from acceptable societal constructs. And, it is through art that they shall affirm their humanity. The more ‘limited’ artists are, the more creative they become, says Ghazaleh. “So, if the space you require is not given to you or if it doesn’t exist, you’ll somehow find a way to create it yourself. Sometimes, it gets extremely difficult. Sometimes it’s really tragic You have no choice but to grow stronger with each experience. Artistes have not given up hope. They never will…”

Check out a mini doc about Ghazaleh E’s experience in Berlin here.