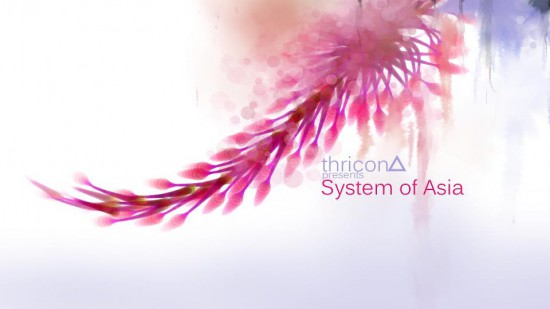 But ever since Les Paul devised the 4-track recorder, Charanjit Singh picked up the 303 and Al Gore invented the internet, the Map has been contracting—in a glistening 3-d maze—on the palm of our hands. From Rio De Jinero to Limpopo, and Cologne to Senegal, the luminous allure of technology has opened exciting new doors for dance music, connected the disconnected dots, and violently humiliated its ethos at times.

Within this backdrop, there have been a handful of musicians busy building a tiny pin for Sri Lanka on this map, as examined and unearthed here. Still hung-over from the historic romp of Pettah Interchange, the morning after never quite carries all the romantic possibilities that seemed so real the night before. But luckily, it carries some of them. The success of these young producers, whose music straddle the spectrum from middling to great, will depend on a few factors: their work ethic, their capacity to soak up, explore, and their ear for music.

“Young people don’t know anything, especially that they’re young.”—If you read between the lines, Don Draper’s scathing observation is also a testimony to the pure, ´blank-slate` power held in being young and full of promise. As Paul Woolford puts it in the prologue to his Resident Advisor mix, “feel the push and pull of someone playing, rather than clinical perfection”. His thoughts are aimed at a different demographic, but if there’s a proverb of encouragement for these emerging producers, may it be this: Stay young—Leave your mistakes in.

I have fond memories of Kurunegala, the capital of the North Western Province of Sri Lanka and a prominent agricultural town 60 miles from Colombo: My first Technics MK5s were found and bought there (note: it’s near impossible to find MK5s in the country), in the basement of a starry-eyed 17-year old, his bedroom adorned with vintage Korg mixers and empty cardboard boxes of second-hand decks, as he spoke passionately about the complete disregard Customs officials have for handling high-end gear. Surely, there was something about Kurunegala and electronic music.

Hailing from the same town, ThriconA is a dark horse: Although hardly distinctive, his sound and aesthetic are quite fully-formed, falling somewhere in between the intertwining rhythms of Chymera, the skydiving propel of the Field and Ideas from the Pond. His soundcloud simply reads “sound | silence | space”, with minimally-patterned artwork (ThriconA stands for ‘triangle’ in Sinhalese) and suitably epic song titles which somehow sound strangely secular (“System of Asia”, “United Tribes”). There is space inside his tracks: the second or third layers of wall of sound engulfing you upon closer inspection. ‘The Avatar’ contains what sounds like a Pavarotti vocal sample. On “United Tribes”, arguably his best track, he treads that fine line between chocolaty bliss and over-production like a seasoned hand, as dreamy, Crydamoure-esque arpeggios and forever gliding bells float in and out of the mix.

Yet the line is a fine one: Ancient wisdom holds that Trance maybe one of the easiest genres to do, but one of the hardest genres to do right. Perhaps it’s no coincidence that the sound has been making a comeback (or rather, creeping in as an influence) within the more critically-acclaimed avenues of dance music, from Todd Terje’s keyboard-blitz “Inspector Norse” and KiNK’s swirling “Hand Made“, to the oceanic DJ sets of Peter Dundov and Donato Dozzy. Fortunately, ThriconA’s music connects not with Ferry Corsten White Parties, but those marathon warehouse gatherings of the late 90s: the discovery of the uninhibited rave—with none of the bullshit politics or door policies to ruin your night— just old brick-buildings, over-friendly punters and spacious music (and golden-era Mitsubishis). ThriconA may be some distance away from reaching those heights, but if Sri Lanka were to make a regional star out of a similarly untainted aesthetic, it could just be him: Open up the stadiums.