Standing By: A Personal Retrospective 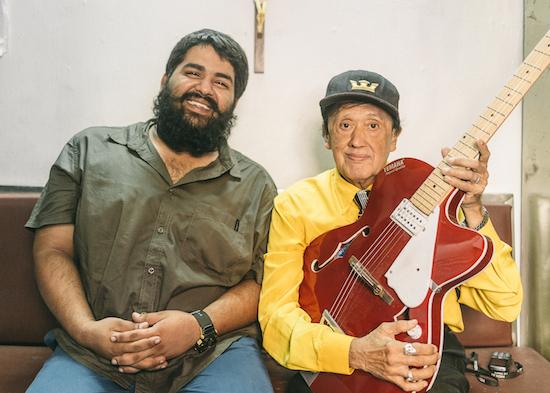 Within a couple of months of knowing Arjun S Ravi (my then editor and first boss in 2011) there were murmurs of an ambitious project; a blueprint for the new documentary series, Standing By, produced by Only Much Louder (OML) and Red Bull Media House. Straight out of college, starry-eyed and enthusiastic, I dove into work – writing about music under Ravi’s editorial leadership for a year. In my time there, I also began leaning towards moving and still imagery of the subjects I was documenting, to complement my writing.

A little over four years since those murmurs, and an entire year after filming began, Standing By is close to airing its sixth and final episode – asking those in front of camera a simple question: What is Indian music? Over the course of filming the series with Ravi, someone I find myself lucky to call a friend, I had the chance to work alongside a small, but driven crew. Haiderali Amir was the director on shoot, with ace lensman Vivek Athani, production manager Abhishek Hegde and a bunch of coordinators in each city. Our on ground efforts were backed by the able coordination of over a dozen people at Red Bull India and OML, who worked tirelessly to make this mammoth project come together. Across five cities, we met and spoke to some of the most respected, and lesser known people in the alternative and western music sphere in our country. The list of people comprised a vast variety, ranging from those who played music in the 60s right up to a young hip-hop artist from the streets of Bangalore with a heady mix of sound engineers, promoters, festival organisers, and journalists amongst others. 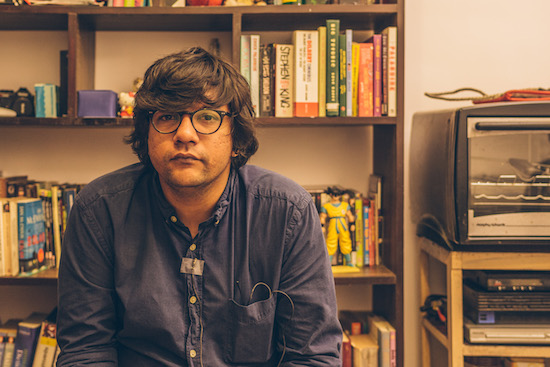 Going back to Shillong in the last week of October for the Bacardi NH7 Weekender, exactly a year after we filmed a bunch of interviews there made me a little reflective. It also instilled some sense of accomplishment – especially because that weeks episode included a whole segment on the hill town and its musical journey, also touching upon more stories from the region. One such story that comes to mind is our first interview on shoot, with Bob Lyngdoh, a former musician turned politician turned public figure. At several points, Lyngdoh recounted incidents from his time as a musician or as a politician – a career move he made because of his fathers untimely death. Stories of living through the insurgency in Meghalaya which hampered their music, to the time he came back to serve the people after suffering a heart attack, had me widening my eyes in absolute wonder. Looking back at it, we couldnt have asked for a more interesting start.

Similarly in Kolkata, we went through several interviews in a day including jazz legend Carlton Kitto, guitar maestro Amyt Datta, young Nischay Parekh of Parekh + Singh amongst others, only to find a connection. Kitto had taught Amyt Datta to play guitar in their younger days, who in turn has taught perhaps most current day musicians in the city how to play the instrument including Tajdar Junaid who tutored young Parekh in the same. The lineage that runs through made it remarkably intriguing. Or another story, for instance, being that of the Singh family in Kolkata and how their home, lesser now, still exists as an incubator to young musicians in the city or even those coming in from outside, looking for a place to stay for a few days. While Jayashree Singh, of Skinny Alley and PINKNOISE, recounted tales of being in a band from the mid-80s, one which featured goons with guns creating a ruckus but asking the band to continue playing else fear for their death, often made me look around the room to check if I was hearing correct. At such times I felt lucky, more than anything else, to be sitting in a room, privy to such stories. Only iotas of these tales went into episodes, and sometimes made me wish everyone could hear each story in full detail. 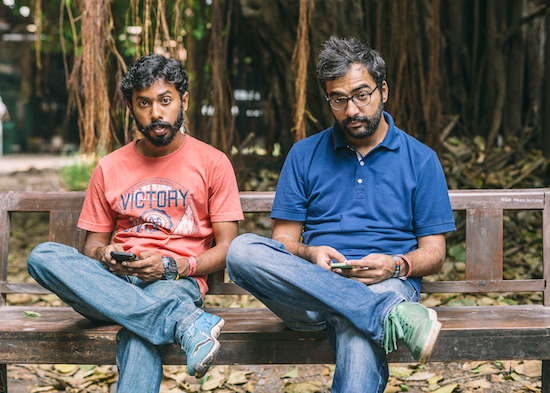 Our interview with famed pianist Louis Banks threw up stories of Kolkata in the 60s and his meeting with RD Burman, one of the most popular Bollywood composers of the time. Or the one with Dr. Palash Sen of Euphoria, that recounted the success of their first album, Dhoom, which was a flag bearer for indi-pop, a genre that lay in between indie and Bollywood music in the 90s, but enjoyed as much, if not more success as the latter. Radha Thomas, of psych rockers Human Bondage, gave us a glimpse into what being one of the few women to front a band was like in the 60s.

Many such moments, almost like time capsules, have made it to the final episodes and many have not. Following the release of the final episode, Ravi and his team will release a digital interactive timeline with behind-the-scenes footage, articles, photographs – serving as a mammoth archive. It will eventually open up to the public to contribute stories into the timeline. More video content can be expected as well, exploring important chapters which could not be accommodated into the series – as smaller video vignettes – such as music piracy, newer sounds in Indian rock, and spotlight sessions on a couple of bands. And, if Im able to wriggle a way into funding – a coffee table book as well, accompanied by an oral history.

A project like Standing By is far from completion at the shoot stage, and a special mention must be made of the post-production and research crew that put it together patiently, over the course of a year. Small, but important details, have been given great importance – as with the sound mixing, the beautiful animation that is peppered across the series and the wise usage of a great selection of Indian indie classics in the background. As we often felt during stages in the edit, during early morning interviews or delayed lunches, this was just the beginning and there is much more history that needs some sort of telling. Not many things compare to the feeling of unearthing real stories, and I’d do it all over again

Head here to stream the series.