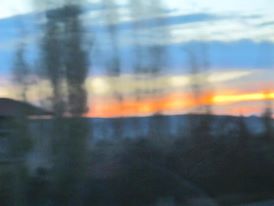 It’s hard to make music that reminds one of certain spaces, even indistinct ones. It’s certainly a task that becomes even harder if you eschew sounds that resonate an idea or an area – tablas, for example, are an easy way to sound oriental, while sounds like train whistles can denote movement. Smax’s (Amman Mushtaq) music, however, manages to evoke not only a strong sense of space, but also of movement, without ever resorting to any such pitfalls.

Released on Mooshy Moo with characteristic nonchalance, Tribe is a sleeping behemoth of textures and shuffling percussive genius. At the heart of the release is an incredible and vibrant dichotomy – one between sounds that evince distinctly human warmth and sounds that seem incredibly synthetic and ethereal. Smax’s brilliance ties everything together, as his world finds itself shrouded in delicate and meticulous grains and pads.

There is a perfect example of Smax’s reverb drenched, spaced out magic. A metronomic beat holds sway as synths weave in and out, sheepishly almost, while halfway through the track settles in and only the occasional sampled insanity bursts through to add some colour. Conversely, Is happens to be fond of the manic and seems like the perfect soundtrack to Tarkovsky’s Solaris with its panned synths and torrents of dissonance. Hi-hats at the precipice of breaking loose and some very ingenuous kick patterns make sure the song’s cyclical movement never manages to take a breather.

Smax’s textural work is ultimately incredible, and forms the very basis of not just this EP but his sound as well. The EP itself has this oddly unnatural yet entirely too human warmth pervade it. The percussion and drums have very real, tangible groove, while the synths often vacillate between synthetic and organic. Listless pads lay the groundwork for the release’s homogeneity, and in the process provide the sort of headroom not normally associated with electronic music anymore. Even when things get hectic, there’s a very strong sense of space throughout the EP. It’s often hard to maintain such a structure, and such a sound, without overcomplicating things, but Smax manages to effortlessly keep things on the right track.

The other prominent feature of Tribe is its sense of constant flux. This isn’t blistering, grimy techno or house’s more enervated cadence, yet it’s as destructive to one’s neck as either genre. Partly that’s down to the synths and their mutability, but it also owes significantly to the varied, complex interplay of kicks and percussion that pepper the EP. Tracks like Have, with its two-step genius and thumping kick drums are an apt homage to Burial’s blurred out austerity. It’s a sobering and reflective piece of work, perfect for anyone who finds headphones a perfect tool with which to isolate the world. On a release where the lengthiest track is barely three minutes long, Have is the one track that could go on for an hour and not seem even remotely static. Similarly, Frey builds up with clipped percs that bounce off off-kilter snares, before the kick drops, devastating everything in its wake. It’s a short track, barely ninety seconds long, but it’s a fearsome statement of intent which the rest of the EP delivers on.

Released before Smax headed off to the 2013 iteration of the Red Bull Music Academy, Tribe is full of fantastic, challenging pieces of music. Even the ostensible interludes are more than just placeholders. They offer a compelling stasis while Smax unravels his narrative around them. At times the EP sounds like a less frayed Hype Williams release, brilliantly awkward and ungainly, but that would be a disservice to what seems to be Smax’s meticulous construction. Yet, with a release as good as Tribe, it’s telling that there’s a pervasive sense of piquant expectation with regards to what Amman Mushtaq has up his sleeve, as his two-week experience winds down and he returns back to Pakistan.