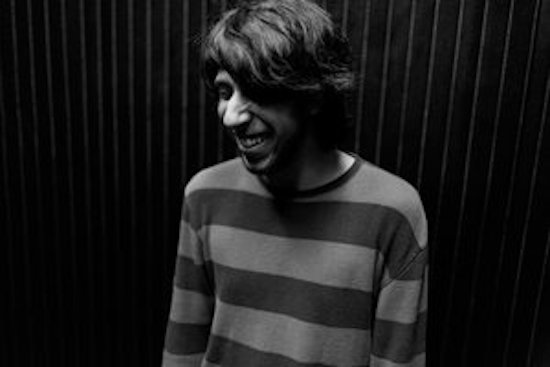 A lot of electronic music currently coming out of Pakistan is refreshingly forward-thinking, especially in lieu of how often music in South Asia can be seen quietly flogging the proverbial dead (musical) horse. Smax (Amman Mushtaq) is one such producer who has been consistently churning out eclectic electronic music, often tapping into multiple genres and marrying them together into an altogether new, vibrant and surprisingly organic sound.

Though still a burgeoning producer, Smax has already received considerable recognition of his talent (he was a participant in RBMA ’13, held in New York) and has shared event space with the likes of Andy Stott. The RBMA experience heralded, amongst other things, a stunning collaboration with Melbourne-based Kloke titled ‘Red Smoke’ – a wistful exploration of the languid textures present throughout Smax’s own work. 2013 was also a fairly prolific year for the Karachi native, as he released the exquisite ‘Tribe EP’ and followed it up with a SoundCloud-only release titled ‘NEWZ’.

Much of Smax’s music seems like an exploration of soundscapes and textures at a glacial pace. His beats are often murky and sound like they’re being run through the aural equivalent of a vicodin haze. It’s a unique and inimitable sound, driven by a strong sense of movement that’s nevertheless not the relentless four-on-the-floor march of contemporary electronic music. His recent release, a beat tape on Hear Now records is more experimental than some of Smax’s work so far, primarily in terms of exploring a more beat-less palette.

Currently based out of Worcester (just outside Boston), I got in touch with Smax for a few words on how RBMA ’13 was for him, and why he makes the music he makes.

Before Smax, there was Mole. How did your role in the band come about?

It sort of just happened. I’ve been friends with those guys forever, they’re my brothers. Ziyad and Danial played in a number of bands together when we were growing up, I would always be there when they were jamming and stuff. I really wanted to be involved in some way. I couldn’t play any instruments at the time.

Did being part of Mole shape how you make your solo stuff? Did it help, or does Smax operate completely independent of Mole – that you’ve gleaned no inspiration or stuff from Mole?

Yes Mole has has a huge influence on my solo stuff. I feel like it’s part of the same world. If it wasn’t for Mole, Smax wouldn’t exist.

How/When/Why did you start making music? When did it become more than just mucking about with instruments and samplers and all that?

I had always been interested in making music. For a long time it was something I felt I couldn’t do. In 2007 I began to learn about using the computer as an instrument. Danial and I started messing around with synths and samplers. He taught me some stuff on the keys. Then we started chilling with Shady. I saw him using this software on his pc with a trigger finger. The whole idea of it simply blew my mind. He was just tapping these pads and music was happening. I would go to him every day after that trying to get that software. It took me weeks to download. After I finally got it Shady taught me the basics and I was on my way.

The RBMA experience – lots of questions about that. First off, how was the experience as a whole?

Fucking awesome. Some of the best times.

How was it playing with/sharing the roster with the likes of Andy Stott and Objekt?

Initially it was scary but I quickly realised I was among family. Everyone was really supportive.

Did you collaborate with other musicians? How was that as an experience in itself – did you find it worthwhile? Did you write tunes? Did you feel like you were learning more than just techniques/technical stuff?

I definitely learnt more than just techniques. It wasn’t really about that. I mean a part of it was. But I gained a lot more from meeting people, having new experiences, hearing stories, all the creative interactions, going to clubs and feeling bass.

Your music’s very unique. Even when there’s some semblance of a touchstone, like “oh, that’s a 2-step sorta beat there”, the music on top will be very weird and very different. Is that deliberate?

Half of it is just messing around and luck until I stumble into something I can groove with, the other half is pretty deliberate.

And if not, is that just how your approach to music pans out? That your soundscapes are ambient because that’s just the melodies and progressions you come up with or because you sit down and think, “okay, I think an ambient pad with lots of reverb will work best here”?

Most of it is experimentation. I use both synth and samples an equal amount. I’ll make a track, fuck it up completely, sample that and make a track out of those sounds.

What does the future hold?

More tracks and gigs. I’ll be putting out a tape on Hear Now records very soon.