I Had Some Resistance To The Nightlife Aspect Of Berlin: Sandunes Unravels Her BMR Experience 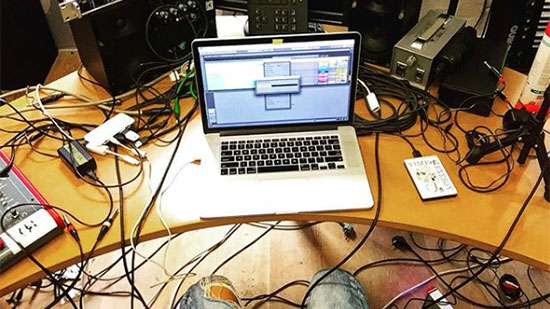 At one point during her stint in Berlin, Sandunes — aka Sanaya Ardeshir — got so sucked into a specific piano piece she was working on that she needed an intervention.

She was playing this repetitive, minimal piano motif over and over again, learning it, finding a way to make it make sense, and also driving her neighbours a little insane. “One of my flatmates popped in and told me, ‘Listen, I love your music but if you keep playing this, I might cry,’” she laughs. Ardeshir was in Berlin last year for two months, from July to September, for the Border Movement Residency.

It was a productive period for her, and she’s come back with a whole lot of new music and new experiences. Chief among them is an as-yet-untitled experimental piano piece she’s been working on that draws from the principles of generative music. Generative music, she explains to me over the phone from Mumbai, is where you find a starting point for a piece — a chord progression, a riff, a phrasing, a melody — and “apply a mathematical idea to it which would determine the music”. The maths then establishes and defines the structure and arrangement of the music, rather than the composer imposing her choices on to the piece. 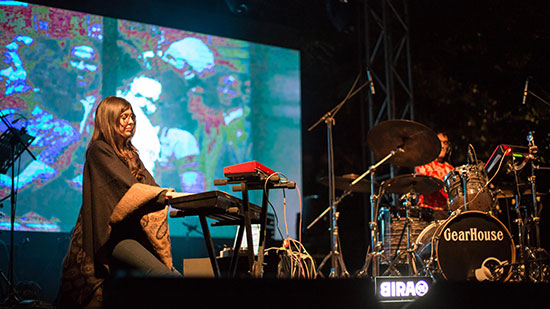 As Wikipedia helpfully clarifies, it’s ever-changing music dictated by a system. She recorded the EP-length piece in Berlin — “It’s a short body of work, mostly because it’s the first time I’ve explored this terrain,” she says — though it’s still in development. She’d had this idea brewing for a while, further cultivating it while working on Different Trains 1947, a piece inspired by modern composer Steve Reich. “I was aware of this method,” she says, “but it didn’t occur to me to utilise it. I just never tried it, I guess.” After working on Different Trains 1947 and drawing much inspiration from Reich’s formidable canon, Ardeshir thought of applying it to a larger work. “It sparked something in me. I love going back to the piano, and the idea of minimalism… Often, I’m so entranced in layers and nuance and samples and sounds. Sometimes you strip it all down and there’s something really pleasant to experience there. It tests the soundness of the idea. Now I’m living with it, producing it, seeing what of it works musically and what of it is just celebrating a geeky thing.” 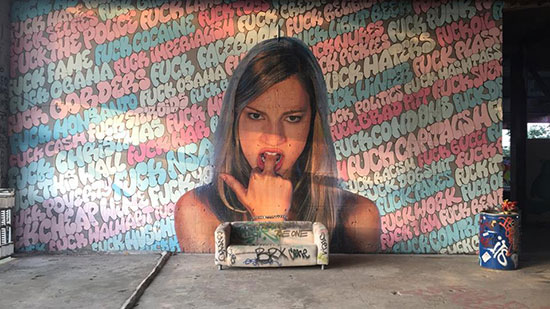 Ardeshir had previously held some established views on the Berlin of popular culture, of the many stereotypes surrounding the city. “I wanted to try to engage with the city in a way that was not like the prescribed way. I had some resistance to the nightlife aspect of Berlin,” she says. She ended up finding an entirely different life to the city, capturing a fresh sonic essence to Berlin through the many field recordings she collected in her two months there. Academic spaces, historical, cultural, natural spaces, abandoned spots, botanical gardens, even an old military spy base. She ventured into spaces not normally associated with Berlin’s impressive cultural currency — she discovered a whole lot of choral and chamber music while there — and is now in the process of creating a sample bank of all the sounds she found in Berlin.

An important takeaway for her from the residency was that it helped shatter these stereotypes she’d clung to, about Berlin and Germany in general. She speaks of the fluid nature of residencies, and how goals and expectations may vary with each artist, each space, and just about every dynamic element involved. While the experience was, she says, “wonderful”, she does have a couple of gripes about her time there. “It was extremely unstructured and open, which was an interesting shift for me to accommodate,” she says. The fact that she didn’t have access to a professional studio setup — she’d been provided with a studio in a flat that functioned more as a “workspace” — meant that she had to alter her process and adapt. Because of the logistics, she couldn’t instantly transform ideas into finished works like she’s used to.

That said, she did manage to have a fruitful period of creation nevertheless. In between her generative piano experiment and the creation of a new sound bank, Ardeshir also managed to squeeze in another full EP but we’ll find out more about that later…

For now, Ardeshir has (another) release lined up; ‘NOLA Daydream’, a pending EP that’s been in the pipeline for a while, is set to come out in the first week of February. She’s also planning a tour with New Delhi-based percussionist Tarun Balani. It’ll feature Balani doing what’s called “sensory percussion”, which she speaks of excitedly once more. That’s the thing: it’s not hard to tell how fascinated Ardeshir is by unconventional ways of writing music, of approaching art without the burdens of due process and established conventions, and she’s forever looking for ways to challenge herself and push these boundaries. “Just making music in the box,” as she says, “can be very boring.”

Applications for BMR: Berlin 2018 are now open. For more information and details on how to apply head here.