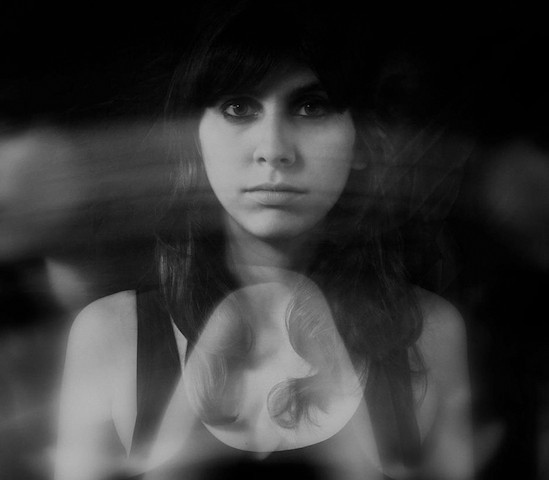 One of the great pratfalls of artistic criticism is that the critic tends to create narratives of his own invention to explain and understand a given work. Unmoored from the artist’s actual intent, these narratives may possess explanatory power while lacking even the faintest hint of truth. And so, it is with some trepidation that we suggest that Sanaya Ardeshir, better known by her stage name, Sandunes must have had a very good idea what she was doing when she decided to title her debut album Ever Bridge .

But whether by intent or serendipity, the idea of the bridge is well suited to both Sandunes as an artist and to Ever Bridge as an album. For bridges are contradictory structures; they connect two separate places, yes, but they also exist apart from the land on either side. Bridges exist in a liminal space: neither entirely this nor entirely that.

Ever Bridge shares that same state of being; the threshold status of diverse impulses coalescing into a distinct sound. The juxtapositions are myriad: Sandune’s jazz background pushes against the methodical impulse of much electronic music. Instrumental tendencies fight against hints of tortured vocals, the frontier between analog and digital never quite clear enough to satisfy mainstream appetites. Even the sumptuously designed album art draws on a menagerie of creators; artists from five cities in four countries contributed art for the project; the cover bridges the diverse styles and geographies of each.

Yet one contradictory impulse defines the LP. Sandunes has set up camp on the bridge that connects the world of headphones to that of the dance floor. Her skittering, textured percussion and tantalizing vocal snippets belie the four/four kick that often draws the listener out of his seat. The tracks with accompanying vocalists lend a welcome pop sensibility until suddenly, with the vocals filtered down and buried in the mix, they sound more like the accompaniment to a bygone house anthem of yesteryear.

And this liminality is welcome. The Indian dance music scene often feels divided between those playing house and techno lite at commercial clubs and those who are ready to crush you with low-end from their bass weapon of choice, be it dubstep, drum and bass, or trap. Sandune’s approach, rooted in future garage but not entirely afraid of a house flirtation, provides a much needed alternative.

The LP’s introduction, clocking in at under two minutes, feels like more of a statement than a song. In the past, we’ve mentioned that Sandunes – new to the electronic production game – has had brilliant ideas that outpaced her experience. Ever Bridge seems to open up with a refutation: pulsing bass and synths are supported by a menagerie of crisp percussion sounds ranging pops and clicks to metallic clangs. And indeed, the album opener makes it clear that Sandunes has stepped up her game in the production department and got on board with someone who really knows how to clean up a mix.

Ever Bridge’s second track, I Would, embraces the dance floor/headphone dichotomy fully. Beginning with the syncopated drum patterns of future garage and an airy synth wash, by the last quarter of the track the pulsating kicks have brought us out onto the floor to shake our shit.

Several tracks on the EP, noteably Good To You, as well as Perfect Fit and Holding On, bring in guest vocalists to round out Sandunes’ digital sounds. With these vocalists, Sandunes embraces her pop aesthetic. And we like good pop music; this isn’t a condemnation. But we’re conflicted about these tunes. On the one hand, they’re exceedingly listenable; some of our favourites on the release. On the other hand, we get the impression that Sandunes – a producer who’s clearly interested in innovative ways to use sound – is more attentive to the sonic texture of the vocals than in their content.

Good To You, featuring vocals from Siddarth Basrur , has come to be the song that defined this year’s Pune NH7 Weekender for us; played on our headphones on the way to festival, it then found its way into the festival topping Krunk All-Stars live set, as well as Sandune’s DJ turn at a festival afterparty. And it really is a pop masterpiece that doesn’t shy away from breaking down the eminently catchy hook in order to chop and decontextualize Basrur’s vocals. But, as in Sandune’s other vocal tracks, when she lets the lyrics ride, we discover that couplets such as “although the facts are all in place/you’re having trouble here in space” or “imagine all that we could be/but it’s just wasted energy” leave us wanting for more lyrical substance.

Indeed, Sandunes’ work with vocalists is strongest when she treats the vocals as merely another sound in her sonic collage, rather than as a source of lyrical content. Our favorite moment on the album comes about a minute and a half into the Uday Benegal Indus Creed  (of ) featuring Perfect Fit, when the canvas of almost organic sounding percussion (wood blocks? marimbas? congas? We’re not sure.) is abetted by a filtered, washed out eight bars of Benegal’s vocals. Those eight bars, looped up and given an assist by some beefed up dance floor drums, could make for a superb house banger all on their own.

Likewise, featured vocalist Megan Murray’s verse from Holding On recalls turn of the century trip-hop cool chasers like The Supreme Beings of Leisure. But as soon as the verse is finished, Sandunes has already taken snippets from it, filtering them and bouncing them around the track, providing for an essential human element in what is, at its heart, an unabashed house music banger.

But without any question, our favourite track from Ever Bridge is the album closer, Baby Belling. This is a party track with a soulful sensibility. We hear what we’re pretty sure is a Lauryn Hill snippet, along with a series of other vocal samples, “oohs” and “yeahs”, used percussively in a way that gives the tune an almost disco ambiance. We listened to Baby Belling several times before discovering that the deeply funky chicken scratch guitar was contributed by Dualist Inquiry. We’re impressed both by his range, and by Sandunes for bringing him on to give the track a live sensibility that ties it all together.

Ever Bridge is a bold entry from Sandunes, if only because it refuses genre ghettoization, straying from contemplative to clamorous both across the album, and within individual tracks. As always, no matter how much we enjoy a Sandunes’ release – and we enjoy this one a great deal – we’re eager for what’s next. As her years of musicianship blend fully with her more recent electronic production experience, we expect even greater things.

We’re also excited to hear Sandunes experimenting with vocalists. Several months ago, her future garage remix of Sha’air + Func’s Oops gave us an exciting preview of what this might look lie. Ever Bridge has flushed out those ideas. We’d love to hear another album-length collaboration with a compelling singer and songwriter who isn’t particular about having his or her contribution twisted, chopped, filtered, and distorted.

But mostly, we just hope that Sandunes continues to embrace her place on the bridge.