The SoundLab workshop in October last year was followed by a completely sold out 3lectronica: Übersonik event at the German club – breathing fresh life to the non-existent live electronic scene in Dhaka. I have already ranted about the sorry state of commercial hotel parties and how bad they are for any kind of scene with pricy drinks and an elitist attitude. Music should be for everyone. The response to this was introducing the ‘Room’ event series showcasing DES producers performing for the first time in front of an audience.

Discussing the live scene in Dhaka is complicated. Bangladesh is not the most conservative Muslim country in the world yet it adopts a Muslim syncretism value system which is very traditional. While the country’s foundations are built on secular ideals – always claiming to be moderate – there is a lot of music around. The rock scene has been pretty successful in establishing itself within the mainstream media; yet bureaucratic tangles and a lack of support have made this an unprofitable industry in the long run. Most energetic youth organisers and promoters tend to give up after a few years in the business. Very few manage to survive while others are supported by patronage like many of the Goethe Institut sponsored events – also not sustainable in the long run. 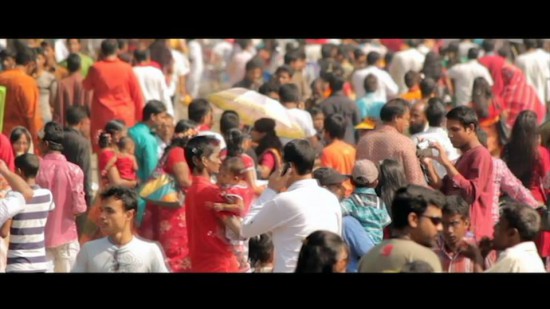 WHAT’S GOING DOWN IN DHAKA

When the Dhaka World Music Festival took place in 2011 it brought a bundle of fresh energy from different parts of the world. It never happened again. Since 2012, Bengal Foundation’s Classical Music Festival in collaboration with ITC Sangeet Research Academy (Kolkata) was made possible through heavy patronage bringing in Indian maestros, yet the independent music scene still suffered.

For better or worse, classical music does not represent the urban youth of Dhaka; its roots are not entirely Bangladeshi (unlike folk music which has rural elements) but more akin to classical Indian – a representation of the sub-continent. If classical Indian music can be patronaged, other forms of music from other parts of the world should also be accommodated in the media sphere as it will not only help Dhaka’s cultural capital to grow but also change the way Bangladesh is looked upon in the global media. For too long, we have overlooked the potential of culture. 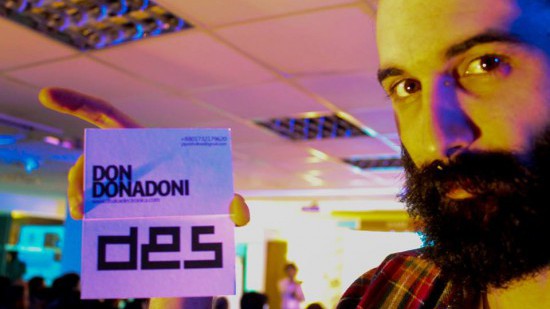 ‘Room’ events are the first electronic music gigs that have been supported by mainstream newspapers like The Daily Star, Dhaka Tribune and The Independent and of course the only events that showcase original music created by the performers.

The idea behind this event series is to allow producers who have made DES their home, to make the transition into performing live. It’s not just the usual DJing Dhakaites have been experiencing but also live sets, collaborative performances with instrumentalists from the thriving band scene and live visuals.

THE CHALLENGES OF THE EVENT INDUSTRY

It’s ironic that a culture that celebrates music in its entirety is so unwelcoming to artists that have the energy and courage to put out new sounds. Instead of facilitating music programs, the people handling the law see this as an opportunity to make some easy money. In a country with so many problems, it would look foolish to stand up for something like the music industry which is on its knees. Hence, there is no sustainability and artists are unable to make enough money – those who do are the ones who exploit the long formed prejudices.

The event industry has to be setup again from scratch – the opportunities that exist are immense. A good scene is not just about good music or artists. It’s so much more. We need people who care about culture to take up jobs as promoters, event managers and stage designers. The Bangladeshi government is keen to attract tourists to boost the economy and help tourism become the next big thing after RMG sector. However, the unfriendly business environment in Dhaka and the rest of Bangladesh offers no incentives for young entrepreneurs in creative businesses.

A good music scene has the potential to transform a city and plays a tremendous role in building international repute in the regional markets. Cannes is a great example, its film festival demonstrates how the proper management of a cultural activity can transform local businesses and gain worldwide recognition.

The seventh largest country by population, Bangladesh does not have a single dedicated audio technology school to increase human capacity building. Illegally downloaded material used by television production companies is common practice and the other reason local music producers are marginalized. In exceptional cases where original music is used, the producer is hardly recognized and nominally paid.

The role of institutions is very important to develop culture and help artists to express themselves. These hubs are opportunities for people to meet freely – providing friendly zones to help people explore art and culture in a brand new way. I feel, that to an extent, the situation in Dhaka resembles the pre-Krautrock period of Berlin, where popular music without any similarity to real life kept on distracting the general populace, the political innuendos, and the extreme need for a new cultural identity. We need our Kraftwerks and Moroders, who will re-define our music industry with new sounds and concepts. It’s absurd to observe the seemingly obsessive pattern – so many recordings of the same Tagore and Nazrul songs getting released over and over again.

While the country’s economy is rapidly developing, our culture surely also has to reflect this growth giving Bangladesh its rightful position in the world. Let’s do it properly this time.