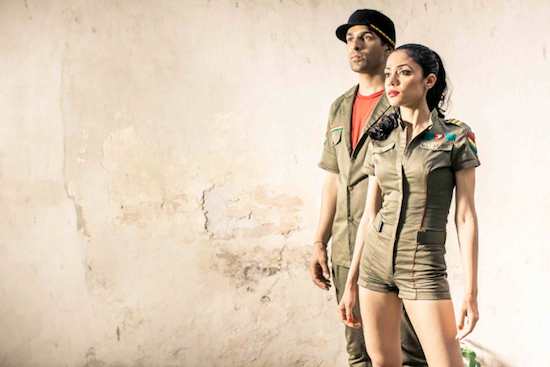 The problem with Delhi Sultanate is that he seems to manage the trick of being everywhere at once. Between Ska Vengers gigs, a slow trickle of Word Sound Power tracks, and the occasional BASSFoundation set, his signature patois is a serious fixture in New Delhi. And though we dig each of these different guises, we have to admit to feeling just a little bit overwhelmed when we stumbled across a new Delhi Sultanate and Begum X reggae mixtape last weekend.

So though we pressed play with some trepidation, we’ve been playing it again and again over the past week. Although we’ve heard many of the tracks in their original versions before, juxtaposed over a variety of fresh riddims, from roots to dancehall, the tracks have new life.

Our favourite is a reimagining of recent Nucleya collaboration New Delhi Nuttah, over the Hot Milk riddim famously used for Barrington Levy’s 1984 smash Murderer . Delhi Sultanate and Begum X (also known as Samara C of the Ska Vengers) chose to leave in just a hint of Levy’s signature wail, and we’re sold on that just about every time.

And New Delhi Nuttah ties into themes spread across the mixtape. With its recurring references to zameen, jal and jungle, we tap into the revolutionary people’s music vein that is common to much of the duo’s work. Unwilling to let their lyrics do all of the heavy lifting (perhaps lest we lose track of the words while vigorously head-nodding to the expertly selected riddims), Delhi Sultanate and Begum X intermix the tracks with news reports of people’s struggles across the globe, from Odisha to London. The message, though never explicitly articulated, points towards the dual nature of revolution: local and universal. We’re even pretty sure that we hear a bit of commentary by Arundhati Roy in there, but if that’s her, she’s uncredited.

The download is free and the mixtape just begs for listening on loop on a lazy Saturday.