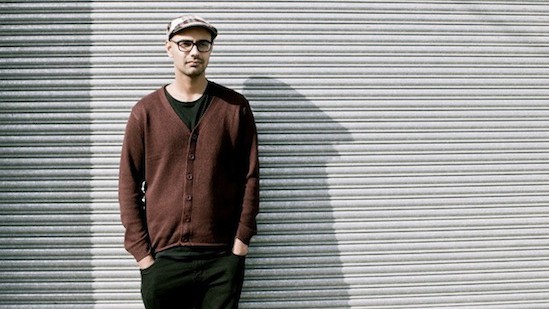 The so-called ‘Asian Underground’ has been very influential in my listening behavior. It was my way of finding out about human geography, culture and of course music. Almost a decade later when I thought I had exhausted Asian electronica and its distinctive ethno feel, it was a pleasure to come across the continuity of sounds in other parts of the world.

Shūnya (AKA Bal Singh) is a Melbourne based electronic and Indian classical musician. He is a self claimed ‘beat nerd’.

Born into a musical family, it was his father, a tabla player and percussionist that initiated his love for music. First through a steady stream of eclectic and Indian classical records, and then later, putting his hands onto the tabla. Eventually he travelled to Malaysia and then India to study the more esoteric aspects of Indian classical music. First the sitar with internationally renowned musician Samuel Dass; he was then awarded a fellowship by the Australian Arts Council to study with India’s top sarangi player and living legend, Ustad Sabri Khan.

While fully immersing himself in this ancient tradition, he has also continued his obsession with electronic music, drawing on a range of diverse influences such as Talvin Singh, Flying Lotus and Sigur Ros.

Shūnya relocated to Melbourne from Perth after finishing his studies and, from a myriad of influences, neoteric sounds and beats began incarnating.

The word Shūnya is the philosophical concept of the non-duality between infinite and finite.

It is represented by the circle “O” and reflects his personal and artistic philosophy of a duality in genre and style that has been discovered through a unique musical path that reconciles but simultaneously celebrates diversity.

This freshly pressed 6 track EP is a treat to everyone who digs Asian ethno-techno. The intro ‘Awaken’ is a sonic beauty, of out of the box choir, table and deli heavy bass with classical Indian ragas. The track is intricately mixed with the following track, also my favorite from this release, ‘Akashic Record Store’ which intelligently uses samples from the raga, cooking it up with a flute with a chopped up bass until it’s taken over by the emcee. ‘Painted Hearts’ is a chill out beauty, simple and serene.

Bodhi in the Elves’ felt as if Maxi Jazz had collaborated with Prem Joshua. The thematic approach of the EP is appealing demonstrating an artist who loves global music and also has a hang for electronic sounds. It’s a must download for anyone who finds cultures meeting intriguing.

This EP is available through Melbourne’s BOSSMAN RECORDS.