A few months ago we featured  an interview with Rahul Ranganath, the guitarist of 2010 hot tip the Bicycle Days, an outfit championed by the Bangalore scene before it went invisible to the world for a few years. At the time, he spoke of how he thought the band members were finally satisfied enough with the evolution of their sound to release their full-length.

Finally out, Calamitunes  is the culmination of styles gathered and honed over three years, an album held in anticipatory awe by a small army of loyal fans.

The Bicycle Days weren’t lying when they said they’d revamped their sound post a line-up reshuffle. Now, the easiest mirror to hold up against their previous release (the impressive EP 42) is the reworking of their original “Circles” from it – a song the EP made popular for its stoner earnestness and punchy solo. In contrast, the newer, shinier “Circles (Information =/= Experience)” of Calamitunes  is in turn urgent and smooth and means business; and the last almost in a way that suggests the Bicycle Days want you to know they do, too. Like “Circles”, the Bicycle Days are still recognizable; like it, they too have dressed their best to stay fresh in the context of contemporary music.

At their fittest on the LP, the Bicycle Days are a jam band without the constraints that come with being one: they cycle not just through the formations of songs but through their genres themselves – and this with a dexterity that can only be borne by experience. A prime example of this is the masterful early stand-out “Indignation”. Featuring Rajnikanth samples and building straight out of a seedy Bollywood chase sequence, it eases into psychedelic radio chatter before shifting up, blending both parts together. Unlike some of their later tracks, Karthik Basker’s voice really finds its niche here, melodramatic in a most disarming way.

Eventually over the course of the album, his falsetto finds depth. Far from the crowd palatable song structures of a Parikrama or a Thermal And A Quarter, the Bicycle Days hook moves edgeways every time it’s within reach, shrugging off any commercial pretensions. No waving lighters and stadium-friendly lyrics on this, a brave experiment for an Indian debut if there ever was one. The results, though not always commendable, certainly hit a sweet spot toward the middle. This is where Calamitunes really clamps on comfortably. It’s music that takes getting used to, that demands a recycling not of sounds but of mentalities. 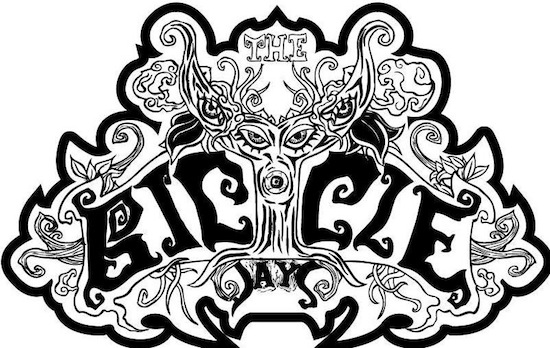 At their weakest, however, the Bicycle Days bring nothing different to freeform, melodic prog-rock than we’ve come to expect from a couple of bands playing every college festival since 2005.

This is why Calamitunes  does get truly disappointing in patches. “Conundrum” sounds like a shoddily written live recording performed at a local jazz bar. Replete with the cursory transparent flourishes, both vocal and instrumental, it is their leakiest vessel to date. Basker’s classical twangs crumble nearly as often as they hold, on tracks like “Moulds” this can become a liability. Sometimes they are redundant and seem unnecessary. By the final track, “Truce”, Calimitunes gets slightly exhausting.

Happily, it is also very good a lot of the time. Their star single, “Crawl (The Human Experience)”, works immediately with ghostly analogs backing up simple guitar lines over feedback. The stream-of-consciousness narrative that infused  their video for the track is also representative of the album’s mood in general – it meanders, but is colourful and stark at once, even from afar. The spare and gorgeous electronica of “Hush”, a snippet of which we previewed earlier this year, steals the record’s second half. Close at its heels is “Escape”, woven around – hold your breath – autotuned vocals done right. Because it a cheerful groove reminiscent mostly of later-era Pavement, it’s genuinely surprising how menacing a “don’t you dare follow me” warning manages to sound through an autotune.

Certainly the Bicycle Days have become as tight in studio as the best of their contemporaries in the country, and there’s no harm in wanting the listener to know – perhaps a little too earnestly in parts, but the effort matters. What’s truly encouraging is their ability to blaze through a variety of genres, seemingly confident enough as a band by now not to allow themselves to be held down by musical inhibitions and barriers. There’s no doubt that their spurts of songwriting are stretched skillfully into place, and perhaps this freedom is the only quality that young musicians should be cementing on a first album. When they finally decide to streamline their experiments, we’ll be waiting to listen.

Watch the video for “Crawl (The Human Experience)”