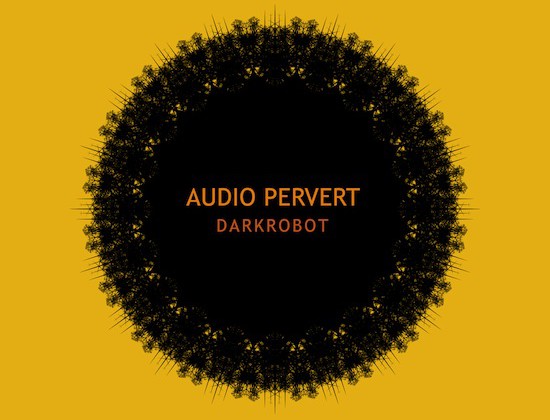 Everything but punk built a presence here. Musically, except for some flashes, it has mostly stayed absent. Ethically, it has, unsurprisingly, been a force. Punk has this thing for burrowing its way into the belly of an indie “scene”. Like an umbilical cord which feeds the ethos of survival and growth, because nothing needs a DIY ethic like a fledgling. Yes, there is always the lament for not enough of an anti-establishment voice. Fuck anti-establishment for once. Let there be an establishment first.

Seeing Samrat in a Black Flag tee is knowing that sometimes religion is worn best, not on the sleeve, but across the chest. Even if religion is establishment, because some are lesser than others.

The past few weeks have been a busy time for Samrat. He has just returned from a trip to the hills, where he was working on a collaboration with Ari Jayaprakash (The Kuru Chronicles) and Ashhar Farooqui (ToyMob), his bandmate in Teddy Boy Kill. A few weeks earlier, he was in the Reunion Islands to participate in IOMMA and SAKIFO, to speak on a panel of music industry professionals and perform at the festival. Between all of this, “Dark Robot” was left to find its way in this world.

“Dark Robot” is the second album by Audio Pervert, his solo project. The debut album, “Melody Felony”, is still up on MySpace, so an era can be imagined to have gone past since then. Actually, in these times, six years is longer than an era.

This is an era of reduced attention spans. In the age of the EP, even the epitaph on the album’s tombstone is barely legible. No other genre would have seen this holding more true than electronic music, where even the EP is a stretch. Come across an album with twenty tracks, and a millstone could be thought to be tied around its neck as it jumps over the edge to swim uncharted waters.

I feel, had I written something a couple of years ago, I wouldn’t have written so much then”.

Samrat has eased his back against cushions lined up on one wall of the living room in his second floor apartment. The sounds of kids playing in the park outside and of a city as it begins to slowly start grinding towards a halt act as the filter for early evening sunlight to recede through a large window on the wall to his left.

It would have been a shorter album, had I been writing, but (instead) I kept listening. I kept trying to see where electronic music was going. So much so that I reached a stage where I realized that if I don’t write now, it will get even further pushed into the future. Where I might not be able to write it at all.”

Melody Felony” was a much shorter, rather “regular sized”, album (it has seven songs) written at a time when he had just returned to Delhi after a stint in Bollywood. So was “Exit Plan”, the 2009 album by Teddy Boy Kill. After these albums, Samrat kept up a regular appearance with live performances, solo and as part of other projects, but writing music kept eluding him. “I hadn’t written any music for exploration purposes, even jacking off purposes, in a long time. (These songs) were like ideas, and they were like one, two, three, five, seven, ten, they just kept going on.”

His initial thought was to have 21 tracks, instead of the 20 which are there on the album now. To pull a bad one, there might be a ghost track that hasn’t scared anyone away yet, but the sheer length of the album makes it inaccessible to the average listener. The curse of an album is potent enough to not warrant the case of a double album of sorts and make things worse.

Well, you could call it a curse”, agrees Samrat. He knows some tracks will be consumed more than others, which has always been the case with albums anyway. “The rest of the music, which is, say, more on the obscure side or let’s say, can only be made sense of as a chronological thing, will remain with the so-called old school listeners.”

A level of obscurity pervades the album, like a decided effort to cloak tracks in veneers of opaqueness. An opaqueness which begins to lighten only after a repeated listening of the album in its entirety. Pacing through the 20 tracks is like running a marathon through a forest. The body starts giving up during the initial stretch, then the mind takes over and makes you work your way through all the getting lost and finding your way back again. The tracks traverse through the listener’s mind while employing various tools: track durations which range from long winding to blink and gone, instruments which range from analog drum machines to buckets and taps, voices which tap into a wide but fitting selection of vocal talent present. It isn’t just because of the various vocalists, the entire album is a huge exercise in collaboration. Featuring 14 artists (“two of them dead, and one who doesn’t know it”), it is improbable to come across a collaborative effort of this scale.

The only other comparable album which comes to mind is “Bombay Black”,  released as two volumes in 1999 and 2002, which featured around 25 artists and has since gone on to cultivate a cult status. Around that time, Samrat was in Bombay, and along with a motley assembly of musicians put together one of the most forward thinking albums to have come out of Indian independent music. Having been around for longer than most, he knows better, and mentions “Sahi Bol”, a collaborative effort between Delhi musicians, even though he dismisses it later as being more of a compilation rather than a collaboration. “Bombay Black” was a multi-polar effort (with each musician being part of the collaboration, but working on tracks in silos), while on “Dark Robot”, Samrat acted as the nucleus pulling in the energies of each collaborator in accordance with his creative direction. 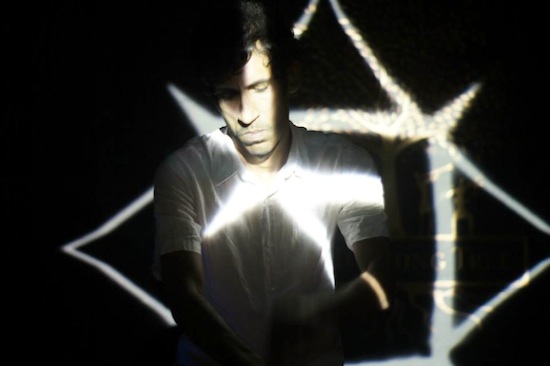 Each collaboration on the album is notable: Sarabjit (ex-menwhopause, who is the only musician present on two tracks), Saba Azad (Madboy/Mink), Nikhil Kaul (Frame/Frame), Tanvi Rao (Sulk Station), Don Bhat, even Dilip (from the long defunct Killer Tomatoes). What is surprising is when a very familiar shrill voice registers its presence on “Dicks have come around”. “Yes, it is Ke$ha”, confirms Samrat. “Her producer had put out the vocal stems for remixes. I downloaded the vocal stems, made the versions, and sent it back to the producer. He never replied. So I was okay, great.” The irony of the song’s lyrics are not lost on him entirely. “It was kind of a glory hole song, about a frustrated town, where you get drunk and then you have the dicks coming around.”

Popular as a musician, Samrat has a notorious reputation for speaking his mind and confronting opinions, a lot of which doesn’t leave many people comfortable. Till some time ago, his Facebook profile was an active mouthpiece through which he used to share information and voice opinion, but it has been more than a few months that he has been away from social media platforms. Stay away for so long, and the absence becomes spooky and assumes a kind of permanence. “I’ve written a blog post with ten good, very valid reasons – I still believe in the point of a blog – you can read it for the sake of fun, or if you actually think that you can use anything from there, feel free. There are many reasons, and one of the bigger ones would be, that I want to dissociate myself from any kind of mainstream code”, he continues and goes on to reference Lessig. For Samrat, a social media platform forces communication to happen only in a way the GUI allows. There are no margins to allow for alternative methods, “just like when you get in a car, you have to drive a certain way.” Dissociating from social media is just his way of trying to make a small move towards keeping away from consumerism.

All this talk about systems and machines can’t help but evoke a comparison to his methods of music production. “But I love machines and systems”, he says, with a glint of mischief in his eye, “because I think the computer is a much more stable friend.” It is this stable friend which is alluded to in the latter half of the title “Dark Robot”, the machine which gets life infused by its creator. A life which is dark, “because that is the nature of sound, a consciousness which is machine-led has made the sound”.

The city had come to a halt, preparing itself to take over the night. The kids had gone into the security of their homes a long time back. It was then that the white letters of the Black Flag logo and the three stripes making up the flag on a black tee became evident. The logo was inverted, in an apparent inversion of the original thought behind the logo having three black stripes. Sometimes, it is important to have people who are anti almost everything. Even anti-anti-establishment, because contrary to rules, this doesn’t make you pro-establishment.