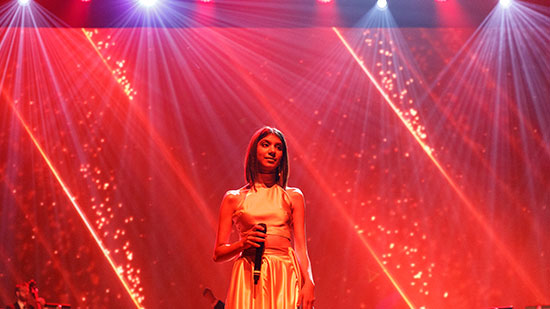 She’s a storyteller, she has been ever since she was three. “Kabhi bore nahi hui mein, I was never bored,” she remembers. “I have vivid memories of standing in front of the mirror and having conversations with a character I’d made up.” There was a creative restlessness, a natural curiosity that she felt. And her mother — an artist herself — fostered those interests, helping Ejaz find herself. She’s been dancing, acting, and singing since she was no more than a toddler. 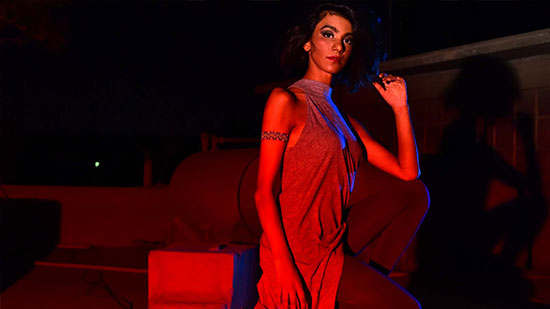 That wandering sensibility, the need to emote, finds its way into her music as Stupid Happiness Theory too. She writes ambient electronic music that breathes, with a strong emphasis on mood and emotional expression. Rarely does she insert herself into the pieces, instead letting the songs sway and roam, letting the pockets come across at a languid pace. (There’s also a secret weapon in there: her voice. Ejaz has a distinct vocal delivery, whimsical and jazzy in style, which she uses as an itinerant layer on top of her music.) “This is a stylistic thing I have arrived upon,” she says. After a period of trial and error — she became committed to this project in 2015. “I got very interested in the idea of sonic information leading to emotion. You conjure the right kind of emotive references for something you’re trying to say.” It’s why she enjoys writing scores too: “They help learn the art of being able to direct audiences to feel a certain way without the music being too complicated or complex. It doesn’t have to be 1500 beats per minute.”

Her most recent release, a single titled ‘That Morning Wonder’ featuring Pakistani artist Eridu and German artist Arttu, follows that same philosophy. It’s a drifting seven-minute long ambient piece. “I just want people to put it on in the background and draw to it. Or walk around to it. It’s there to serve a purpose.” The song itself came about after many rounds of working and reworking; it finally began to make sense when she invited Eridu over to spend the night. “I was like, ‘Come over, sleep here, we’re waking up in the morning. We’ll set up. And we’ll record it as the sun is coming up; we’ll just play the track.’”

A nomadic life, which has led her from Islamabad in Pakistan to Malaysia to Oslo (among others) to Karachi — where she currently lives — has only widened her sphere. She’s visiting Islamabad when we get to speak — over a WhatsApp call. Ejaz talks with a flourish, at a rapid pace, doing her best to gather and articulate the uncountable thoughts about art and life that occupy her. She asks if she can switch between English, Hindi, and Urdu early on. She uses the odd Hindi or Urdu line, but it’s more the availability of the option that seems comforting for her. There’s a lot she wants to express, and she’s looking for the right way to do it at all times. “I don’t know if this makes any sense,” she says at one point, talking about her love for jazz and how she wants to apply those same principles of freedom and harmonic clashes to other forms of art. “I feel like I’m talking out of my ass.”

Ejaz is particularly excited about the next chapter in her life. She’s off to Berlin in July, as part of the two-month-long Border Movement Residency, for which she’s one of three chosen applicants. She’s thrilled, it’s a step in her journey she’s looking forward to. “I want to be able to experience everything under the sun in terms of what Berlin has to offer musically and visually. A sensory overload! Watch a lot of acts. Visit galleries, go for exhibitions. I think I want to go around the city with a camera and a field recorder and come home and create sample audio libraries and visual libraries complementing them.” She’s fascinated by the idea of orchestration, and is keen on collaborating with artists who can help add that dimension to her music. 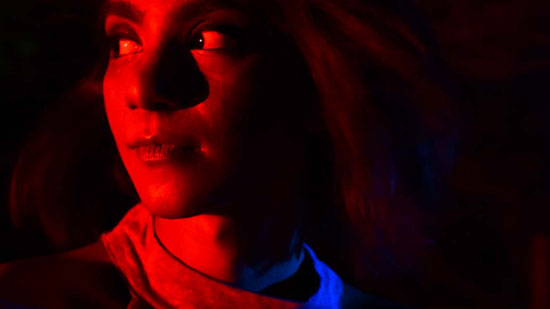 She’s also looking at the time there as a period for self-reflection. “I’m taking these two months to study myself as an artist. When you’re living your life, you don’t get to do that often. At a residency, you’re not the way you are in your family or in society. It’s just you as yourself.”

As an artist, Ejaz has a vision and a direction in which she’s headed. But she does feel like she needs support in terms of the left-brain stuff: the business side of things; the system within which an artist can thrive. She’s eager to learn about the business of music. “My best shot at being myself and really living up to my potential,” she says, “is to develop my own channels as much as possible. I need help with the business: how to license my music, how to make money off it. It’s possible but I need help with that.”

There are certain limitations that come with playing this kind of music in Pakistan, where the audiences aren’t quite as attuned to it as in, say, Berlin. There’s a solid electronic movement that’s developed there, but it’s restricted. Her experiences have taught her that while the specific electronic community will appreciate what she does, her music doesn’t quite translate to larger audiences in her country. And Berlin provides her a chance to test her work out to informed crowds. “Either you keep pushing forward and don’t give a shit. That’s what I’ve been doing. I show up and do what I do and get paid. If somebody bites, they bite. If they don’t, then that’s OK too. But I’d like to be in a place where I go to play and it’s like, ‘Awesome! You want to hear what I have to say.’”