A cracked version of Ableton changed the game for Gowri Jayakumar. She was studying guitar and bass at the Swarnabhoomi Academy of Music in Chennai, India, back in 2012. She got the DAW so she could record herself — Jayakumar has been for over a decade, and remains, a popular singer-songwriter, often armed with an acoustic guitar and her voice. But then she found herself experimenting with the platform: “I was just making sounds,” she says. “Everything was muddy; it was shit.” A new path, however, had opened up.

Today, Jayakumar writes and performs as Pulpy Shilpy. After her band, Run Pussy Run, broke up, she sat down and taught herself how to produce and write electronic music. Last year, she released ‘Slough’ last year, a four-song EP full of broken beats, spoken word, melodic departures, and glitchy passages of sound. Now, she’s on the verge of completing another EP.

More recently, Jayakumar was in Berlin for two months, as part of the Border Movement Residency. The initial period of adjustment was hard for her, she admits; given the open-ended nature of the residency, she decided to set herself an agenda. As a freelance, or unemployed, musician, I get very stressed when I have nothing to deliver! So I made the agenda and set deadlines for myself,” she says. However, she had some trouble finding her feet in Berlin at first, compounded by personal things she was going through at the time. “I had the idea that when I go there, I’ll walk into a large network of people and tap into. But it’s actually very difficult; it’s a very insulated community. The people have their own lives. There were all these parties happening, but there’d be lines of 300 people waiting outside. I wasn’t used to that. In India, I can usually just tell them I’m a musician and walk right in. I had a lot of trouble dealing with the cold, and I’d get depressed.” Her entry point into the music scene in Berlin was female:pressure, a network of womxn in electronic music. After a difficult first few weeks though, with her home studio serving as respite — she’d lock herself in and play around with the DX7, and try to improve her mixing chops — she settled in. 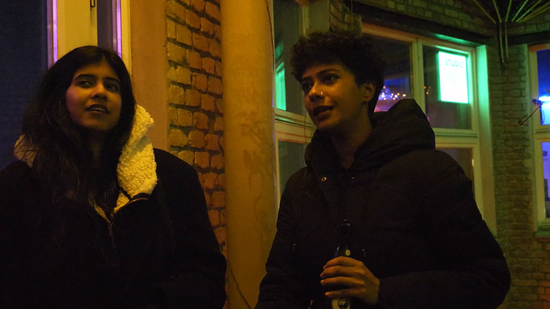 Pathwaves, a three-day workshop at the Red Bull Studios, was especially rewarding. The thing with Jayakumar, as becomes apparent over the course of our conversation, is that she has an endless appetite for greater learning. She’s constantly in a state, an almost Sisyphean one, of trying to improve herself and become better at her craft. At Pathwaves, she tells me how she had the opportunity to meet musicians and get access to cutting edge equipment. “It’s the way people made electronic music traditionally; they had a whole rig. Even techno, which often sounds so linear… it’s so organic in the way it’s made. Every week, there’d be a modular synth workshop, where I could understand the form and try out Euroracks and stuff,” she says.

The second month there, she says, flew by. “I had good equipment there; all these shops full of these gems. The synths. Pathwaves. This was the other angle, where I just learnt so much. When I talk about how I’ve been learning how to mix, a lot of that happened in Berlin. I think I was dealing with a few things: trying to find people; the depression that came with such a lack of sunlight, and this idea of what I’ll go back with. In the second month, suddenly I was in action. Honestly, I did quite a bit, but I’m never satisfied as a person. I was in a strange, vulnerable state, which is a great way to absorb new things. For me, the takeaway was synthesis,” she says.

For now, she’s wrapping up her next EP, ‘Lick n Tell’, due for release in the next few months; the songs were already written, but she spent time working on the mixing in Berlin. In her own words, it’s a “kinky synth tribute to neon, glam and disco”. She ditches the voice on the three songs that make up the EP, instead relying on her firm understanding of melodic interplay, with a disco and funk sensibility running through the music. There’s even the odd appearance of Bollywood-esque motifs, not as gimmicks, but purely as a distant influence in her songwriting. Thematically, as she explains, there’s a cheeky eroticism running through the works. “Or it could just be: if there’s an experience, don’t just kiss and tell. Get into it, get a taste of it,” she says, speaking of the album title. 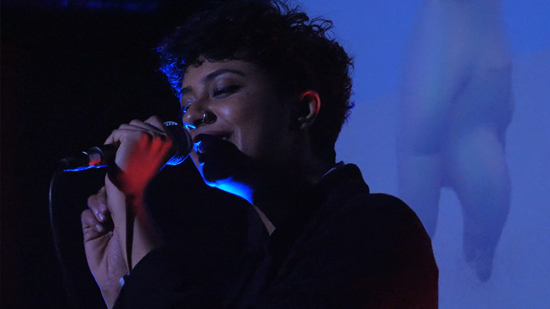 Through DIGI-GXL, an online global community collective of womxn, trans, intersex, and non-binary people, she is also collaborating on visuals for the album with an artist from Australia. The writing here doesn’t draw as much from her analog past as it did with ‘Slough’; it’s singular and true to the form, rather than merely a patchwork of contrasting ideas pieced together. “The songwriting has changed because I’m getting more and more into electronic music. Say you want to learn how to play one kind of jazz, you then understand that form better and better. You study it; you don’t want to confuse it with 10 other creative ideas. I dive into it without a fear of judgement, because I don’t care.” 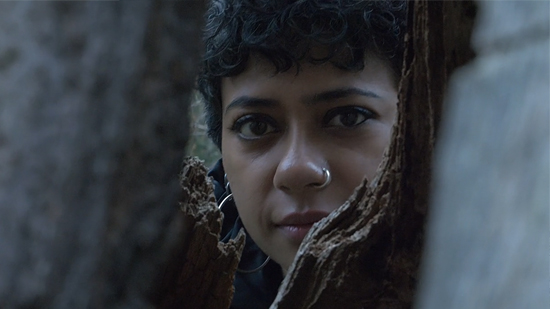 Jayakumar, who’s turning 35 this year, has been part of the Indian independent circuit for some 15 years. But she speaks of her work as Pulpy Shilpy with a special kind of enthusiasm and excitement. “Ableton saved music for me; understanding electronic music was a fucking revelation for me. It opened so much. I’m at the beginning of everything; it’s so exciting for me to just keep up. It’s the same thrill you get when you’re learning your first song on the guitar. It’s reinstated my creative juices, filled me up with some mojo now. I see a lot of potential; I’m hopeful now. That hope had started to die at some point; ego and bitterness had taken over. But I don’t sit and mope around now; it’s put me in a very good mental space. I’m grateful.”