After her band broke up in February last year, Gowri found herself alone and listening to a lot of music that was in the electronic realm. With the help of her friend, Ryan Kardam (who also features in the record), she learnt more about music production through YouTube tutorials and was inspired by the music of Dave Tipper. “I started from scratch, from the very basics. I learnt what an EQ was, how a compressor really worked. I set myself a deadline to write an electronic dance album. Not to necessarily get anything out of it but to learn.”

Following her stint in music school, Gowri felt depressed that it had changed her songwriting instincts. “Earlier I would never think if a chord necessarily fits in a key when I’d write songs, it would come very freely. I knew I had something to say and I’d just say it.” With many students graduating every year, she felt pressured by the expectation of people to play jazz, play her instrument like a virtuoso. Pulpy Shilpy became Gowri’s journey into a completely different side of music. “When I got into electronic music, it became the beginning of learning a brand new instrument, a brand new perspective on sound. I feel very fulfilled. I have all the tools I need inside a computer and all that’s between me and understanding it is my own knowledge. I feel very empowered.”

Despite being armed with a fresh new record and solid skills as a performer, Gowri didn’t necessarily fit in or relate to the narratives of other musician circles in the country. She got in touch with MC Manmeet Kaur who she had known for a while and together they realised that what the independent music scene lacked in India still, was a safe space and a platform for artists, who like them, are creating fearless and experimental music. Orbs Cure Labs was a result of the similar experiences they had both faced performing and writing music in India.

While Orbs Cure Labs is not necessarily only for female artists and musicians, it’s an attempt to represent minority voices. “The whole idea is equal representation, equal opportunity.” Gowri feels that getting stuck in a gender narrative is not the best way forward, “Sometimes I wake up and don’t necessarily feel like a woman… the idea is to not have a separate stage for women, but to be included. I don’t want to be known as a female musician, I want to be known as a musician.” 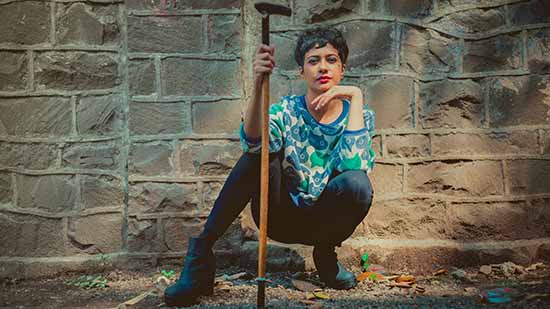 “Urban rebellion is conservative and boring, we need to start creating art that comes from our personal experiences and/or imagination. Only then can we truly penetrate the culture of our country and rebuild anything. Art really has an important part to play in the fabric of the youth of a nation and we have never been able to make an impact because it [the art] has always been very superficial. We need to explore the depths of human emotion or life, politics etc.” Gowri explains that the country is undergoing change which may not necessarily be the kind that the west is experiencing and it’s important, now more than ever, to not just curate but also encourage people to tell their stories, especially those in the margins. The tools do not matter, what is important is to offer varying perspectives.

The first step was to get in touch with fellow artists around the country and ask them to curate mixtapes of music they were writing, or even listening to and to release a compilation later in the year. Reaching out to women was not a conscious choice but something that came naturally, when she realised that the feminist perspective on music in India is still largely missing. Gowri reinstates that Orbs Cure Lab is not a platform solely for women, by women and she would rather be around feminist men than misogynist women. “The idea is to promote a certain kind of philosophy, rather than the gender. Sometimes gender can be ignored. What we need is to acknowledge and work towards equal representation.”

With the recent wave of reports of sexual abuse and misconduct by prominent men working in the Indian independent music industry, Gowri explains that while she has personally never faced instances of harassment, she cannot turn a blind eye to the deep rooted misogyny that exists. While many women agree that they are often patronised or infantilised, she points out that on the flip side, women are often also celebrated over very little. There is almost always an inane question or two that she has to address about what it’s like to be a “female” performer and she’s making her peace with the curiosity that exists simply because the visibility of non-males in the music industry is still so low. 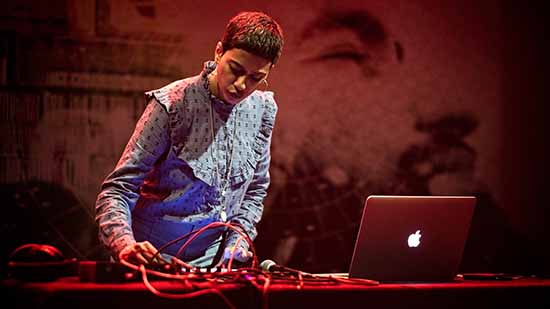 It was at a festival in Pondicherry earlier this year where MC Kaur and Pulpy Shilpy realised that neither of them had professional representation and it would be beneficial if they started managing each other. Although from different musical backgrounds and spaces, they helped each other approach clubs, promoters and festival organisers. Touring together was not just an emancipating experience but also laid down the template for future tours with other artists under Orbs Cure Labs. It supported Gowri immensely to have personally navigated through the trials and tribulations that come with organising and executing a release and tour to support it; instilling confidence to be able to do it again, for herself and for others.

Currently back home in Pune, Gowri is working on distribution and streaming logistics for a compilation by Orbs Cure Labs, which will be followed by a showcase of artists both on the record and local to the cities they tour in. While aiming to be a full fledged label in the near future, she intends to maintain a do-it-yourself ethos and plan more events in the meantime. “Lets see what things look like five years down the line, but I feel positive.”

The independent music industry in India has been undergoing many changes in the last two decades and a lot of it has to do with the tireless efforts of strong, determined women like Gowri who are breaking new ground whilst being sensitive to the needs and aspirations of those who are unable to find themselves a community to belong to. While many cannot translate their activism beyond social media because they don’t know how, it is people like her who are the real heroes of the revolution, if there was one.