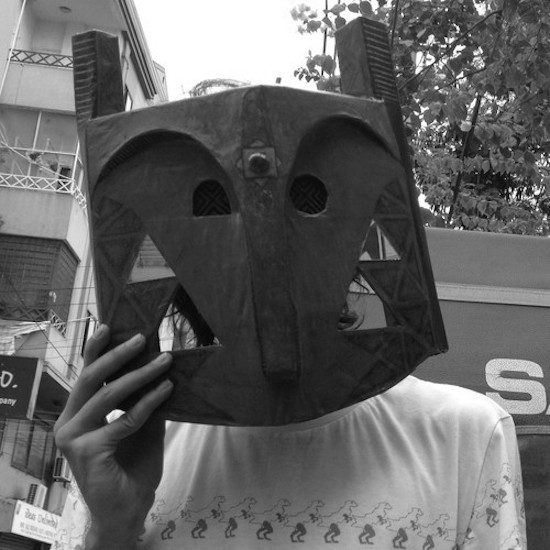 Pakistan has always been a country that prides itself on its love and championing of music. Though Pakistani pop music has always been ‘strong’ in its presence, independent music in Pakistan (be it electronic or guitar-driven) hasn’t always found itself substantive in quality and quantity. The past few years, however, have led to a deluge of independent producers, musicians and bands.

Perhaps the most astonishing thing about this wave of producers and musicians isn’t just their affinity for weird sounds, but the fact that there’s a constant emphasis on making incredible, genre-breaking music. These aren’t people content with aping a ‘scene’ or their idols – they want to, and often succeed, at taking global influences and localizing them, whether through their own geographic or individual identities.

Some of the artists listed below are old hands trying new things, while others are showing up on the radar for the first time. What they all have in common, however, is a sound unique to them and a talent that deserves to be followed into 2014.

Tape, nostalgia, heavy and weird analogue worship – chuck all these into a mix with some genuinely odd-ball, lo-fi song writing as well as production and you might have some idea of the gloriousness of Nawksh Delivery Service. A producer from Karachi (where else?), Nawksh – who has managed to maintain his/her anonymity – delves deep into the idea of sketches as music, with few songs fully fleshed out. There’s an allure in these ostensibly half-finished ideas that wouldn’t particularly stick if they were completed tracks. Nawksh’s music positively breathes, with ideas and melodies going wherever they want rather than being fixed to some generic ideal of song ‘structures.’

It’s refreshing how often a Nawksh track surprises, not just with its warmth and its ability to make every sound seem organic (and sometimes straight from the heydays of psychedelia), but by consistently leading the listener into uncharted territories. Every Nawksh track is an experience in itself – a sublime car ride that goes places you don’t expect to, completely oblivious to road signs and razor-voiced navigation systems. It’s this idea of music untethered to conventionalism that makes Nawksh’s music so heavily addictive, and ultimately, brilliant.

al ak (Danish Faruqi, also part of Forever South) is a relatively rare breed – a producer who ascribes as much importance to melody as he does to production wizardry, balancing that fine line between music that’s warm and emotive and music that’s all compressed kicks and modulated synths. Traversing territory similar to early Mount Kimbie, Danish’s music is heavy on crackling pads, rhythmic kick patterns and swung, shuffled hi-hats – everything that leads to the best of nodding heads and slightly swinging hips.

Often, electronic music can fall prey to the desire to ‘fuck’ with the music – to induce twists and turns for the sake of doing so, rather than because there’s any viable narrative (or directive) behind it. This is a pervasive pitfall, and one that Danish’s music thankfully avoids. Every al ak track seems to know why it exists – every sound, every chord change is deliberate and knows where it stands in the greater narrative of the track. Even a spaced out tune like ‘Still Here’ has its anchor; a sub bass and muffled hats that prod and plod along. This is music that’s not just exquisitely crafted, but has a lot to say as well amidst its found-sound heavy, melodic palette.

If Nawksh Delivery Service is weird but amicable and inviting, Rija Yousuf is abrasive and coarse, hardly caring about the effect her ideas and her music have on your ears. Her approach is no-holds-barred, recalling the best of the 80s no-wave but drowning it in the sounds and inimitable technological weirdness of the 21st century.

Every now and then, a track like ‘Detoxify’ breaks through the swathes of noise and shows Rija up to be a viable contemporary of her fellow Karachi native, Slowspin. It’s a track that could fit anywhere on a Grouper release, all drenched in reverb and frail melodies that are whisked away like gossamer. But Rija’s experimentation is what then sets her apart – she delves in experiments built around synth exploration and noise, with her voice looking to chart territories similar to Julia Holter. Ultimately, perhaps the most prevalent experience of listening to Rija’s music is one of unease – this is music that’s always looking to trip you, if not get under your skin, but it doesn’t do so obnoxiously or obviously. When on the track ‘Lalala’ she sings, “all you need in life is a little la lala”, you can’t help but feel a little unnerved.

With a two track EP, ‘Blowout’ on the Karachi based Forever South collective, Karachi native Kryer (Nawal Tariq) has etched out a distinctive sound for himself in South Asia, with his bass heavy, minimalist trap productions. Feeding into Karachi’s urban sprawl, his take on the genre is localized and his use of certain sounds seems directly linked to the everyday Pakistani sonic psyche.

All of Kryer’s productions breathe, and though they’re tailor made for monstrous sound systems and possess exactly the sort of bass that would send your bowels into a whipped frenzy, they’re also full of humour. Yet, there’s more than just trap tropes at play here, with tracks like ‘All Night’ carrying enough atmosphere to charge a dozen police chases. The genre is often decried as being all bombast and no substance, but Kryer’s music subverts that criticism – ‘Blowout’, for example, is a strong statement on trap being more than just style and booming 808 kicks, as Kryer weaves intricate melodic patterns around his mammoth sub-bass.

There’s not much Dots. have given up about themselves – there’s a SoundCloud and there’s a Facebook page , both of which are barely populated. But what they do possess, and what they’ve decided to make apparent, is their ability to craft a pop song borne out of grounded psychedelia. ‘Bottles’, the band’s only single so far, is consummately structured, recalling 60s pop but with an off-kilter sense of melody that’s rooted firmly in the 21st century. With a disarming ukulele driven chord progression, ‘Bottles’ is a track that celebrates not only its kitsch, but also its sense of humour:

But they weren’t filled with any liquid,
And there was no one inside to use them;
Also they looked nothing like bottles from our world,
So, were they really bottles?

Though they’ve been around since 2012, LS!SO were largely off the grid till a few months ago. With a new single out via the ‘Lussun TV’ sessions, as well as shows in Karachi and Lahore, the band seems ready for a more productive 2014. Operating in a musical space that owes considerably to post-rock inflected indie, LS!SO craft songs that are languid yet never meandering. Their debut single, ‘My Lost Ship’, ostensibly owes much to Sparklehorse with its lo-fi approach to both the music and songwriting, peppered as it is with lazy guitar strums and vocals barely breaking through the din.

One of the most intriguing things about independent music in Pakistan is the irreverence musicians and producers have towards the general political context in Pakistan. There are few – if any – lyrics about Pakistan’s socio-political woes, and even when they do exist, they’re steeped in gallows humour. This isn’t due to ignorance, however, but down a conscious decision where these artists realise the hopelessness of their situation, and look to make light of the absurd rather than to throw a strop. This is particularly true of Karachi’s indie acts – most of whom are indebted to the city’s chaos but not its politics.

It’s precisely this territory that Janoobi Khargosh occupies – with a sound and lyrics that are distinctly Karachiite in both structure and detail. ‘Pagal Hogaya’, for example, is a pristine, finely produced piece of indie folk – yet that primer of a description belies the track’s culling of weird sounds straight from Karachi’s bustling streets, and losing none of their identity despite a production sheen.

Though now considered stalwarts, Sikandar Ka Mandar were one of the first indie acts in Pakistan to write solely in Urdu. While some of their contemporaries (Orangenoise, Mole, Poor Rich Boy were still finding it best to express themselves in English, SKM broke through the ranks, and consequently inspired a second wave of bands that are not only comfortable in Urdu, but expand on the language colloquially. Like Janoobi Khargosh, the Tamashbeens write lyrics in Urdu, and as Ahmer Naqvi notes, “These guys… have lyrics which are simple enough to be understood by any self-respecting burger, and yet are still quite enchanting.”

Perhaps their best track, ‘Koi toh miley ga’ is exactly why, when done well, pop music can be so utterly breath-taking. It’s a track that’s just saccharine enough, touching on all the sentiments of teenage love without ever being cheesy or dishonest, and chock full of enough hooks to last a lifetime.

One response to “Pakistani Artists to look out for 2014”