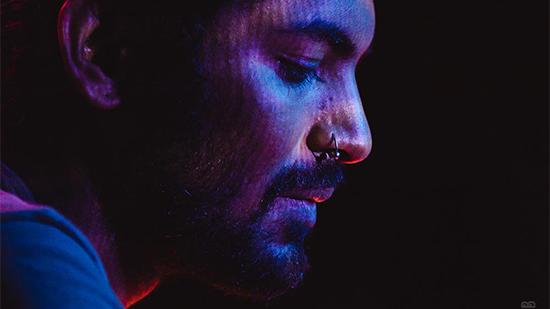 His sounds build a malleable wall of textures; some dipped in dronal sonority, some deftly crafted with emotions. There’s a sense of anticipation ebbing and waning in his melodic passages. Like an untrimmed sonnet, his compositions are an ode to mankind’s quest for salvation.

“My creative process is really quite simple. My tracks are usually about something personal to me. I start off by manipulating sound till it resonates with that emotion. As a medium of expression, I hope music transports me to a better place — one that is more vast and hopefully infinite. This can be seen as escapism but to me escaping the mundane and living in a higher plane of possibility and purpose is what adds grandeur to the meaning of life. This is how I approach music. With a sense that it is much bigger than me, my thoughts and ideas, identity or ideals,” explains the musician.

Although the sociocultural identity of Sri Lanka has undergone immense transformation over the years, the journey to its metamorphosis has in no way proven deterrent for artistes who continue to use their art as a catalyst for social dialogue. Like most countries dabbling with oppression and conflict, in Sri Lanka too, music was used to articulate protests throughout history. Some sang of atrocities committed against those who were suppressed while others spoke of the moral clime being corrupted with political subterfuge.

However, over time, the strengthening divide between modernity and tradition also led to a clash of ideologies in the artistic realm. “The dark past of my country is tragic beyond bounds. What is more unfortunate is that I see the attitudes and ideals necessary to creating such terror being perpetuated in the minds of the majority. The lesson to be learned from such atrocities by and large seems to remain unlearned and not commonly thought of. However, I’m hopeful that the efforts put into changing such misfortunes and adversities will only aid an improvement in perspective and bring about a more tolerant and peaceful society; one that celebrates diversity rather than shun it down,” says Givanke.

According to him, music and art could trigger a positive change. This is particularly evident in the electronic music scene in Sri Lanka where artists are constantly collaborating with the collective goal of expressing themselves and pushing the bounds of creativity; ultimately nurturing the emergence of an increasingly progressive and peaceful environment within their cultural ethos. 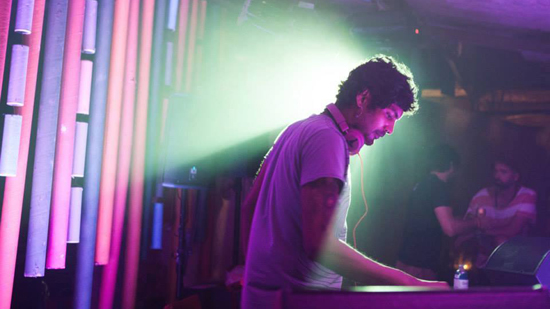 Owing to the lack of a functional industry, Givanke believes that earning an income that could be reinvested in an individual’s passion has proven to be quite a challenge in the past few years. Additionally, many musicians lack resources — both human and machine — in the post composition and mastering stages. Despite these monumental hurdles, he ascertains that artistes continue to abolish all barriers and disregard conventionality with respect to musical diversity.

“Experimentation is without a doubt an enabler for innovation in any realm and is therefore imperative in the field of making art. I have had the opportunity of participating in many workshops like Sound Lab 2014 (Berlin) that have given me access to experienced producers and artists, and have enabled me to understand the execution of their art technologically. My love for hardware synthesisers and particularly Euro-rack format modular stuff have grown considerably off late. So, I have collected whatever I could and this provides me with a vast playing field for experimenting with sounds. Moreover, vast improvements in the field of communication between digital sources and external voltage based analog gear have further expanded this possibility by inconceivable amounts,” says the artiste.

Adhering to a stripped down musical aesthetic, his scores are toned with textural elegance. Occasionally, an undercurrent of stygian sounds envelop his compositions. In Linear Motion the artiste gambles with an odyssey of oriental percussive designs. There lie momentary pulses of mystery punctuating every musical motif. Within its integrated layers, resonate the dialectical unity of minimal and contorted tonal sequences.

On the other hand, Pale Blue is an artfully woven ballad with structures that explore sustained tones in grave solemnity. Dotted with floating chords, the song establishes a twisted aural landscape; one that discovers rhythmic regularity amongst moody melodic lines. Unlike his other compositions that are submerged in grimy undertones, this piece is Givanke’s philosophical soliloquy. For, echoing throughout the track are vocal samples of Carl Sagan who in his indomitable characteristic baritone declares:

From this distant vantage point, the Earth might not seem of particular interest. But for us, it’s different. Consider again that dot. That’s here, that’s home, that’s us. On it everyone you love, everyone you know, everyone you ever heard of, every human being who ever was, lived out their lives. The aggregate of our joy and suffering, thousands of confident religions, ideologies, and economic doctrines, every hunter and forager, every hero and coward, every creator and destroyer of civilization, every king and peasant, every young couple in love, every mother and father, hopeful child, inventor and explorer, every teacher of morals, every corrupt politician, every ‘superstar’, every ‘supreme leader’, every saint and sinner in the history of our species lived there – on a mote of dust suspended in a sunbeam.

“Music is capable of bringing about a sense of hopefulness and being a tool for escapism. In my opinion these two potential outcomes are not mutually exclusive,” explains the artiste and adds, “Music also fulfills a multitude of an individual’s desires, of which being defined and attributing an identity to must often be one. However, as a significant part of it is likely to be egocentric, it is ultimately limiting. It is bound by some definition or the other. Hopefully, definitions and subsequent identifications are just the compartmentalised stepping stones towards infinite expansion.” And, perhaps, that’s what Givanke is chasing through his artistic pursuits. The possibility of discovering infinite dimensions of music; of discovering hope embedded in the solitude of curling notes…