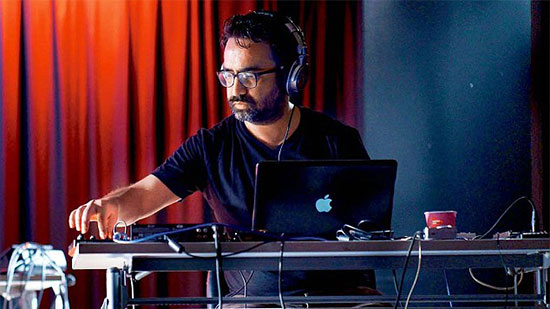 Not because he’s being deliberately obtuse, or evasive, or trying to to be witty. It is simply because Ish isn’t limited by the linearity that defines ‘normal’ thinking.

Ish doesn’t speak in sentences. His words are energy, expressed in verbal form. They are a glimpse into his stream of consciousness: ideas and memories; suggestions and criticisms.

“As a creative individual,” he says, “your starting points should be points of departure rather than of arrival. Italo Calvino wrote this thing about ‘open work,’ in which he said that if you know what you want to end up with, then it won’t be creative. It’ll just be technical excellence.”

A delightful nugget of wisdom, but it doesn’t answer the question. Ish, however, is just getting started. “I’ve always been open to creating,” he continues. “And I’m not dissing anyone, but early on, I realised how limited people are. I’m saying that: techno was futuristic in 1984. But now, 30 years later, it’s moved nowhere. They were experimenting more then, with BPMs, then they are now.”

Again, very true. But how does this insight lead to the inception of the Sound Reasons festival? “In electronic music,” Ish explains, “the audience is determining what happens on stage. No other medium of arts does that.”

As he grows animated, immersed in the conversation and his relentless desire to discover the new, the truly unexplored, it becomes apparent that Ish lives in two worlds, simultaneously. He is both here, in this moment, vividly entwined in the present, more alive than most people, and somewhere else – detached, adrift, floating peacefully on the raft of ideas as it flows through the ocean of his mind.

To make sense of his life, to draw a simple chronology, from A to B, from one year to the next, is nearly impossible. Who is Ish Shehrawat? A careful study suggests the following avatars:

1. The driving force behind the Sound Reasons record label, which promotes South Asian and European electronic avant-garde: “music today is saturated, distorted. Loudness is the main key. But that’s not sound. Sound is both acoustics and amplitude. To say all electronic music has to have four beats per bar is like saying: “in order to be an artist, you have to paint on canvas.” I have no issues with 4×4 music, it’s hardwired within us, it echoes the familiarity of the human heartbeat. It’s body music. Repetitive music is part of us, there’s no question. But that’s also what we, as people, should be questioning. The music promoted through Sound Reasons requires intelligence and patience.”

2. The primary organizer of the Sound Reasons experimental music and sonic art festival. When asked about what he’d like to reveal about this weekend’s forthcoming edition in Delhi, he smiles: “This weekend, there are only live performances, no installations. But that’s all I want to say. I’m not throwing a fancy dress or Halloween party. There’s no theme. I’m dealing with the medium as the subject. I don’t want to reveal who’s playing on what day. I just want people to come, and experience it, without prejudice.”

3. A producer and composer; as diFfuSed beats (a partnership with Munich-based Konrad Beyer that constructs soundscapes using field recordings and studio-created sounds; and edgecut, in which he combines Indian sounds, plays the guitar live, and experiments with dynamics), and ISh: a looping/guitar hybrid project. 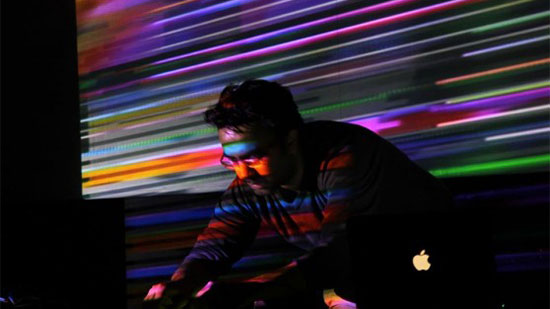 4. A former DJ (“I got bored of playing bass and breaks music by the time I was 25”) who currently tours India and the world performing live under his various aliases: “I get asked to play outside India more than here. Maybe I don’t fit in, some of the acts I’ve played alongside in India have somehow managed to mix music while taking selfies with the crowd.”

Constantly observing, examining, and documenting reality as he experiences it, Ish is never further than an arm’s length away from two devices: his Olympus audio recorder, and his latest obsession: a go-pro like camera on which he’s shooting footage of his short trip to Mumbai. So who is Ish Shehrawat? Ish is different. He is honestly, genuinely, cool, not for his clothes, his attitude, his music, or the image that he projects out into the world.

He is cool because he is always, earnestly himself, in every second, uninhibited and unfiltered, critical without being elitist, blunt without being malevolent. He isn’t an artist by profession. He simply is an artist.

“I don’t belong to any group. In music, in arts. I’ve always been an outsider,” he says. “I never make things for audiences. I don’t think about their reactions, because audiences like the familiar. But art shouldn’t be about repeating what came before. It is about new ideas. If our culture, our society, keeps repeating itself, the way we are, our world, the environment, will be screwed in 10-20 years. We need to change this culture of repetitiveness. Art, and artists, should be on the outside, looking in.”