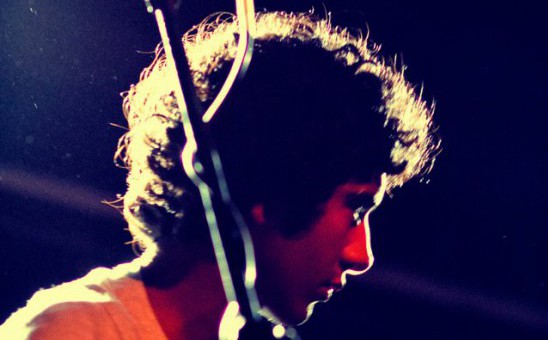 Helmed by Mumbai based Sky Rabbit lead guitarist Rahul Nadkarni, SnowShoe is a new project that has been built from scratches and sounds collected over the years. A two-piece live outfit that also features fellow Sky Rabbit member Harsh Karangale on drums, their shows display an irresistible clash of samplers, loops and live instruments.

The name SnowShoe is a reference to cats and big, lonely expanses of snow and they describe their music as “bridg[ing] ambient and alternative styles, allowing the listener to enter a drifting n world that’s at the heart of the music.” Catalogue next to Nightmares On Wax, Bonobo and Fourtet.

The SnowShoe sound represents and epitomises a new wave of electronica emerging out of young experimental musicians and producers in India, with strong influences from the prog rock and pschadelic genres, the ambient electronica strays far from the usual sounds we are used to hearing on the live circuit.

SnowShoe will be performing in Kolkata on the 20 September ( RSVP only)
and at the TLR in Delhi on the 21 September alongside Frame/Frame and Moniker (Wild City DJ).