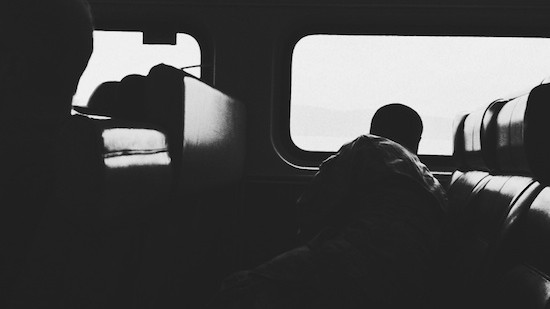 The Pakistani ‘underground’ music scene is not what it once was. From lazy, close-to-terrible covers of Radiohead, Nirvana and the Red Hot Chili Peppers, those serious about their inclination towards music have veered in their own directions, finding their own niche, and some have even built their own sounds.

From performing in dingy basements with a guitar, bass and drum kit, these musicians have now gone on to become more sophisticated. Not only have they changed the music they themselves listen to, and have introduced the use of instruments most of us listeners are still not even aware of, they have further honed themselves into creating, not imitating.

One such musician goes by the name of Asfandyar Khan (who also produces electronic music as TMPST), a mostly Islamabad-based musician who has fiddled and worked his way through to providing his listeners with some of the most beautiful, soulful and simultaneously heart wrenching music. It almost reminds me of Erik Satie’s melodies; they keep you in the loop but break your heart at the same time. That heartbreak is the very charm of Khan’s music. He has made his own little universe comprising of delicate yet despondent sensibilities, luring listeners from a country who didn’t know such a sound could come from one of their own. 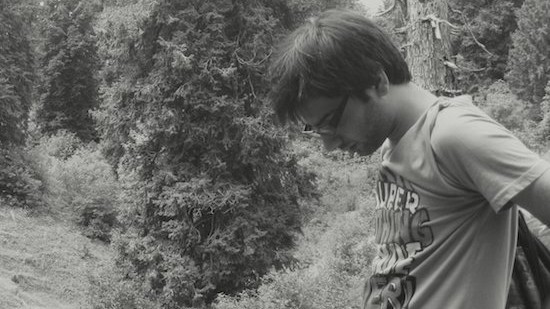 A lot of these musicians are Karachi-based and create a more upbeat, and sometimes psychedelic sound, almost parallel to the hustle and bustle of what is known as the City of Lights. The manic, fast-paced city can be heard throughout their sound.

Khan, on the other hand, seems to stay true to the lazy, slothful way of life Islamabadis are completely in tune with. His music resonates with the prettiness of the Margallas; you can almost feel the cold in your bones while listening to his music, but in the best way possible. It’s comforting, it’s radiant, it’s enticing.

I sat down with the up and coming musician, who recently graced New Delhi with his presence, to get insight into his influences, his formulation of a track, and to find out whether the avid reader draws influences from scenes set in the books he loves.

You go by two different artist names; TMPST and Asfandyar Khan. Could you explain why? What music identifies with each moniker?

I started making ambient music under my own name, mostly because I’m terrible with titles and monikers in general, so it just made sense to stick with my name. When I realized I wanted to make electronic music also, I decided to go with a separate moniker for it, rather than record both electronic and ambient music under my own name – something that would’ve understandably been confusing! I think a different moniker was also necessary because I’m in different states of mind when making music as TMPST or as Asfandyar Khan.

What musicians/sounds/places/spaces are you influenced by? I’m assuming, that of course, with the different genres of music TMPST holds and Asfandyar Khan holds, the influences are different.

Absolutely. With TMPST, it’s a variety of genres and artists, and it kind of changes regularly. I know I’m predominantly a fan of Mount Kimbie, Burial and generally the post-dubstep sound, but I don’t particularly stick to a grand idea of what my music is supposed to be when I write/produce music as TMPST. For me, it’s more about letting go and just experimenting with different sounds and structures.

With my ambient music it’s different though – I always have some semblance of an idea of what my music is supposed to be like, or what I want it to be. It’s a bit more restrained that way, maybe, but I also like operating like that. I’m a massive fan of Eluvium (and I don’t think I would make ambient music if I wasn’t such a big fan of Matthew Cooper) as well as Stars of the Lid, Tim Hecker, William Basinski, and Philip Glass.

I always wanted to make ambient music once I’d heard Eluvium’s ‘Talk Amongst The Trees’, and I think I’ll always make it. It’s music that’s very personal to me, and more than anything else I always feel compelled to write ambient music.

TMPST came about from experimentation – from wanting to explore different sounds. Ambient music, as much as I love it, often requires some semblance of restraint and control – you can’t just go about adding in a dozen chord progressions because then it would cease to be ambient. With electronic/experimental music, I can just do a lot more in terms of mucking about with chords, synth sounds, beats etc. It’s just a lot of fun.

Which are you most at ease playing and writing? Is ambient music tougher to compose?

That’s a tough one to answer! They’re both different in their own way, and I tend to struggle making the shift – whenever I’ve been writing more music as TMPST, I end up relearning how to write ambient music. With TMPST, there’s much more focus on production, and usually it takes me maybe a few hours to write down the melodies and all, and then days/weeks to figure out the production. With ambient music, it takes me days and days of mucking around to come up with the music, because there’s so much more emphasis on composition rather than production.

You say the two differ, in the sense that electronic music needs more production, and ambient needs more composition. Could you explain that a bit please?

With electronic music, I feel, there’s so much more significance attached to how things sound – the timbre, pitch, texture etc. of a synth, a kick drum, hi-hats, etc. Chord progressions and all don’t matter as much, because you’re experimenting with structure and sound so much that you can make a single chord progression sound completely different just by mucking around with a soft synth. I always bang up a quick chord pattern/progression, and then spend hours trying to make it sound good, sonically.

With ambient music, it’s different. You don’t have a lot of tools to work with (no drums, e.g., at least with the sort of music I make) so every chord and every note has to matter so much more. It takes a lot longer to find the right chords or notes or sequences as a result. I take a lot longer on a guitar or a keyboard when I make ambient music and run through a lot more chord progressions/patterns as a result also.

Do you draw inspiration from books you read? For example, if you’re reading, say, Remains of the Day by Kazuo Ishiguro, and you read a certain passage which resonates with you – does that in turn lead to you maybe compose a soundtrack for that particular set-up?

I definitely get inspired by other forms of art – whether it’s literature or film or installation art or anything at all. I often get into these spaces where I start imagining what sort of music would work best in that environment, or feel myself getting inspired as a result.

What would you say is the most Pakistani or South Asian influence in your music, if any?

Is there something in the works now from you? Are you working on anything new for either TMPST or ambient music?

I’m currently writing an ambient album (after a hiatus of nearly two years!) that I hope I’ll be able to finish before the summer begins. It’s been a long time coming, and more than anything else I’m just excited and nervous about writing it.