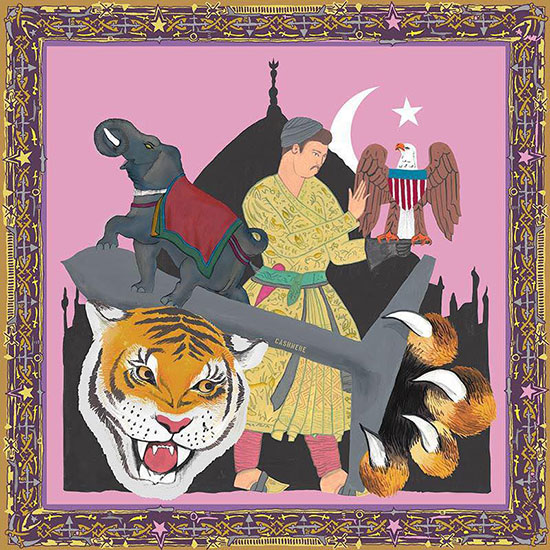 In 2005, there was ‘Kenji’. A track off Fort Minor’s (Mike Shinoda’s side project) debut album ‘The Rising Tied’, ‘Kenji’ introduced me to the concept of institutionalised racism against Asians. Narrating the story of a Japanese-American family during the Japanese American internment of World War II, ‘Kenji’, with its dirty West Coast bassline, had a line that still hits home to this day – “They Called Him Immigrant.” From where I stood, that encapsulated how I felt about how I was viewed by the world. Too Western-influenced for my family, too Indian/South Asian for the rest of the world – an immigrant through and through. That’s an experience that’s normally attributed to first or second-generation immigrants living in the United States or United Kingdom, but in the age of the Internet, it’s an experience that’s all too common at home as well. 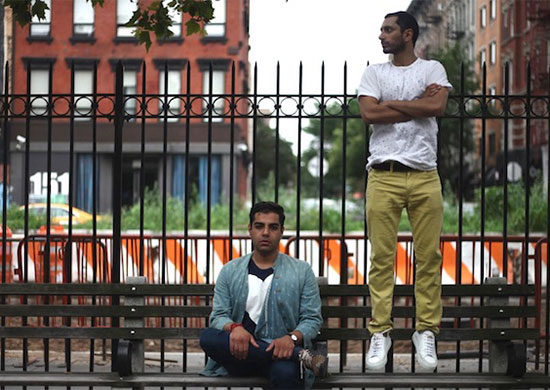 On September 11 2001, I’d just come back home from my local playground. I remember walking into my grandmother’s room (the only place in my house with a television set) taking off my dusty trainers while watching the planes crash into the World Trade towers. That date is significant for a number of reasons that have been intensely documented and debated but, it’s also significant for being the day we (brown folk) went from being an innocent and, at times, humorous stereotype into something more dangerous – something to be feared. We evolved from being portrayed as cab drivers, convenience store clerks, call centre employees, doctors, etc. to being stereotyped as terrorists – as the evil incarnate, as people who were hell bent on destroying Western civilization.

The images broadcasted by Western media – of the bearded terrorist, the turbaned terrorist, the brown terrorist dressed in a pathani kurta – were many – and pop-culture suddenly had a field of openings for South Asian actors looking to make their mark in an industry where they’d rarely get a shot. In her essay Beyond Apu, Nina Rastogi remarks how South Asian actors may have received a boost due to the number of terrorist-type roles that were suddenly required by show-runners in Hollywood post-September 11. There are a few exceptions – Aziz Ansari, Mindy Kaling and even Kal Penn to a certain extent, are notable examples. But, as Ansari himself pointed out in an interview with Entertainment Weekly, these exceptions are not enough to change the perception that’s been created and perpetuated by Western media and pop-culture about a significant percentage of the world’s population.

This is where Riz Ahmed (Riz MC) and Himanshu Suri (Heems), together known as Swet Shop Boys, come in. These two hip-hop artists/actors/writers/lecturers/entrepreneurs are here, along with London-based producer Redinho, to change the world’s perception of what it means to be brown, imploring a new generation of brown kids to grab the image that’s been perpetuated of them: of their culture, of their very being, and shove it up the world’s arse.

Last year, Ahmed and Suri got together to release Swet Shop EP – a four track, 13-minute preview of the duo that seemed half thought-out. An interesting, somewhat gimmicky idea born without a sense of purpose. However, it did have a rhyme that defines their debut album Cashmere. On ‘Batalvi’ (prod. by DADRAS), a track that samples the award-winning Punjabi poet of the same name, Ahmed rhymes – “Fucks too raw, Pillow talk too literate”. That line not only signifies the street-cred, or, for lack of a better word, swagger, attained by Ahmed and Suri in their past, but also pays homage to the knowledge and awareness that they possess. ‘Cashmere’, on the other hand is brimming with purpose – with laser-sharp anger targeted at the continued racial discrimination faced by brown communities in the West. Redinho’s beats bang as loud as the bombs dropped on Aleppo while Ahmed and Suri try and make sense of how we got here – questioning the establishment at every. fucking. step. 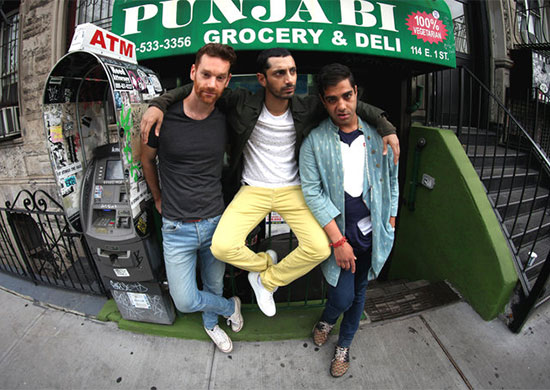 On ‘Cashmere’, the Trans-Atlantic, Indo-Pak duo are relentless in narrating the brown experience. The album’s lead single ‘T5’ is a ferocious condemnation of racial-profiling at airports – it ends with a provocative, militant statement – “Terminal 5, Terminal 1, Think we’re termites, Wanna terminate us”. ‘T5’ isn’t only limited to the racial-profiling the brown community experiences in the West, but is also relatable to the way people are profiled at South Asian airports. For 15 years, we’ve been bombarded with images of the brown terrorist and now, consciously or unconsciously, we’ve started seeing ourselves as the person those images suggest as well.

‘Cashmere’s’ third single, ‘Tiger Hologram’, is an exploration of brown sensuality. Built around a stuttering harmonium rhythm and a scattered, loose dhol sample, ‘Tiger Hologram’ is a club-friendly desi twist on a banger. ‘Zayn Malik’ and ‘Shottin’, the other two tracks that have been released from the album, address the lack of relatable brown role-models, police brutality and government surveillance respectively. On ‘Cashmere’, Ahmed and Suri pull no-punches – Ahmed is a destructive force that leaves a trail of corpses of battered and outdated stereotypes, following which Suri casually buries them into the ground. Even the album art is provocative – featuring a nawab stroking America’s bald-eagle alongside a tiger holding a nuclear warhead in its palm. Every inch of this record revels in expressing its brown roots, and that’s something we, as a community, need more of today.

When most global discourse is shaped by the perceptions of a few, the impact of that dialogue is going to make its presence felt in your life as well. A couple of years ago, when I first decided to grow a beard, the first thing my mother said is, “You better shave it off. You look like a terrorist.” She was right. I noticed the difference in tone and behaviour at the hands of airport security – both at home and abroad. I notice the reaction it causes now – in a different country. Back in 2011, I’d relocated to Luton – a small town that is an hour away from London. While I was there, the English Defence League – a far-right protest movement – decided to carry out a rally in town. I was asked by my guardian, a brawler of a white man, to stay inside. As the rally passed the hostel I was living in, I saw the piercing hate in the eyes of the participants. It was unnerving.

In the British jihad satire Four Lions, Hassan Malik, one of the other three main characters alongside Ahmed’s Omar, asks the question – “Why shouldn’t I become a bomber if you treat me like one?” Often, I ask myself this very question, and I’m sure that if things were even slightly different, I would be inclined to follow that path. I was, and still am to an extent, an angry kid. I’m angry at the shackles that are put on me because of where I come from. Luckily, I had role-models and a support structure that was readily available to me – something that isn’t available to a lot of the kids that end up getting radicalized.

This is why the Swet Shop Boys project is important. The fact that they’re providing a counter-narrative to a decade-long campaign to stereotype and demonize the brown community in a way that’s unapologetic is enough to make this the most important hip-hop album of the year. As Ahmed pleads on Zayn Malik – “I pray for my nephew, I pray you’re not antagonized by all the hating and news and the shit they sanitize, Look Zayn Malik’s got more than eighty virgins on him, There’s more than one direction to get to paradise” – he reinforces the importance of counteracting the hate and disillusionment caused by the West’s War on Terror – appealing to the brown youth by outlining their ambitions and frustrations in a way that’s not sanctimonious. ‘Cashmere’ is the brown man’s version of ‘To Pimp a Butterfly’ – igniting a conversation that we should have had years ago. It establishes that sense of pride, of equality, of power in a community. Right now, that’s just about the most important thing any artist can do.