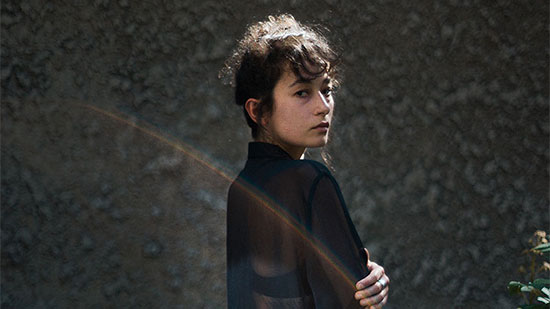 Beste Aydin’s story is one we can all relate to. It is a story of self-reflection and self-determination, of the struggle to find one’s true calling, and place in the world.

Born in Istanbul, and raised in Turkey’s third-largest city, Izmir, Aydin moved to Ankara when she was 17. Two years there were followed by a yearlong stint in Tel Aviv, and her eventual arrival on German soil, where she spent seven years in Stuttgart, studying piano and composition.

But despite her accomplishments with the piano, Aydin realised that her true calling was at a different kind of keyboard, creating a different kind of music. While studying in Stuttgart, she says, she “was already very interested in field recording, experimental electronic music, and musique concrète” (the process of using naturally-recorded sounds in unconventional ways to create a form of early electronic music).

“Moving from piano to electronic music was more like a rebellion than a transition for me,” she says. “I also realized that I like making music where there is social sharing, where there is not huge distance between the musicians and audience.”

This ‘rebellion’ against classical music required a self-initiated crash course in electronic production and arrangement. “It was a still learning experience, because practising piano required so many hours – it was pretty much the only thing I did at the time. Sound design took me a lot of time to decode. You learn to think differently, and that entire phase was so exciting for me – like getting to know an old friend from a very different perspective.”

Aydin’s music, and moniker, revolve around two themes: a reluctance for convention, and a pride in her identity as an independent Turkish woman. Her music is unlike much of what dominates clubland today: it is simultaneously contemplative and liberating. Haunting, ethereal vocals induce a sense of dread, and mild anguish – discomfiting rave music that makes you think. But just when she threatens to overwhelm you, Aydin comforts you: with propulsive, driving, beats.

It is strangely cathartic. Nights out are usually about escaping your problems, and ignoring the world outside. Nene Hatun, however, seems to suggest that we’re better off confronting what scares us, and dealing with our fears. It’s hard not to get wrapped up by the hypnotic, challenging ambition of her sound. She forces you to confront your own expectations or ideas of what ‘club’ music should be.

“To be honest, I am more interested in darker music than happy music,” she says. “I find that happy music can get superficial at times (though dark music can also get too dramatic). Both could go in the wrong direction, so I try to avoid (being extreme). I like ritualistic, instinctive moments in music, and insistent percussives.

Partying, in a way is about socialising, feeling that you belong somewhere. That’s always been music’s job, ever since human beings have existed. It was not only about being happy or dancing hard, but also about trying to find an experience that could be called spiritual, between body and mind. That’s how there is connection between dark techno and some African tribal music. The instruments are different, but it serves the same purpose, perhaps.”

The other theme in Aydin’s work is identity: she is a Turkish woman. She takes her moniker from Nene Hatun, a 19th century freedom fighter who participated in the war against Imperial Russia.

“When I started making my own music, I felt close to this name because I wanted a Turkish name,” she says. “She was a feminist of her time. There is a deeper sense to her than just the fight for independence. I called the project by this name, but it is meant to be neither political nor in any way nationalistic. It is more about being a woman and trying to make something good out of your life, which is a very hard job in itself. My music is not political. For this project, creating an honest picture of myself is more challenging to me, than fighting for or against something.”

Aydin plans to spend her two months in India enjoying and experiencing the burgeoning Indian scene as much as possible. “I want to see and meet people, and be as social as I can,” she says. “It was very exciting to listen to the music from India while still here in Berlin, but I still can’t imagine what the Indian scene looks like. I am guessing that people’s ears are trained differently there, probably very advanced rhythmically.”

Ultimately, Aydin’s Indian residency will be about more than music: it will be about growth. “To be honest, you never know what makes you better as a person until it happens. So this trip will definitely change many things in my life, that I am sure of. But I don’t know yet what those changes will be.”