Last year, something surprising happened. We’ve known BLOT! and Gaurav Malakar for quite sometime, and we thought we had him pegged. Without diminishing the quality of his work, it wasn’t difficult to anticipate the menu at a BLOT! evening; techno, mostly of the minimal variety. Though Gaurav branched out a bit with 2012’s SNAFU – most notably with regards to his collaboration with Peter Cat Recording Co.’s Suryakant Sawney – home base has always been evident.

A little over a year ago, Gaurav surprised us all with his MOAR! nights at Smokehouse Deli. Blending deep house, disco and, well, moar, the nights created a compelling alternative to more traditional Hauz Khas Village party venues. These days, the trend continues at Disco & Daiquiris (Full disclosure: Border Movement partner Munbir Chawla is involved with organizing the party), where Gaurav drops sexy nu-disco bangers.

The pivot away from techno has been many months in the making, then. Indeed, I was fortunate to hear an earlier version of the latest track months ago in the BLOT! home studio. The track, a stripped down version of Massive Attack’s Teardrop, is notable for its skill in reimagining the tune in a way that subtracts almost every sound from the original while maintaining a startling similarity to its overall feel. Put more concisely, this remix sounds everything and nothing like Massive Attack’s Mezzanine original. 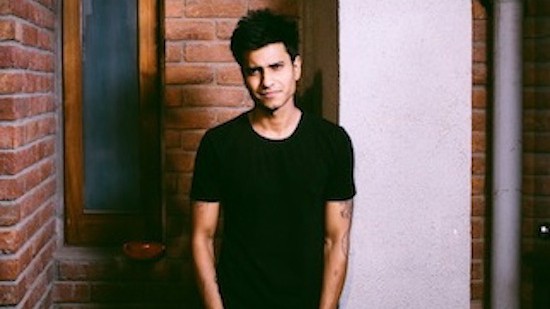 Loosing the scratchy vinyl pops and organic feel of Massive Attack’s version, Gaurav has synthesized deep new bass, and created yawning open spaces within the track. A new piano line reinforces the darkness and paranoia that is so ubiquitous on Mezzanine. The kind of skittering sixteenth note hi-hats that trap music has made globally familiar over the past two years pan across your headphones. It is deep, it is wide, and it is clean. The greatest stylistic diversion from the original comes when dirty synths with just a touch of wobble bring us back from the 90s.

The Teardrop remix seems to be a transitional work, as BLOT! explores new sounds. And though it would be wrong to say that it feels unfinished – the production is immaculate – it does feel a bit like an experiment. “What happens,” Gaurav may have wondered, “if I try this?”

One response to “Hot, But Not The BLOT! You Thought You Got”