Heems Turns Us On 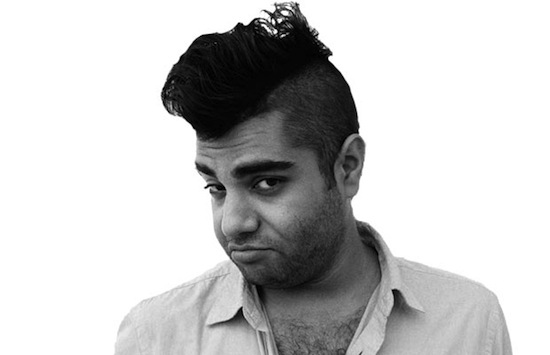 Turn Me On, the Kevin Lyttle Soca jam, wasn’t released in the United States until 2004. I was lucky though and during my first year of college, in 2001, there was a crazy girl from the islands living down the hall who imported Kevin years before he officially dropped. The track provided the soundtrack to many nights during a period of my life when I routinely got more drunk than I could ever imagine today.

In some strange time warp, about ten days ago I found myself in Heems’ Bed Stay pad in the middle of an epic rainstorm at four in the morning with Game of Thrones on the television and this tune bumping out of his MacBook speakers. He wanted to know if the vocals sounded okay. I can only imagine that if you make a name for yourself rapping, it might be a bit nerve wracking to put your tracks out as a singer.

I told him that the vocals sounded fucking fantastic, and that the world needed this track.

And so I got on four planes and traveled for 40 hours, and when I got back to Delhi, the tune was waiting for me on the Internet.

Himanshu opens with some Bombay related adlibs – the track was recorded in Bandra on his recent visit – before transitioning into a fairly faithful rendition of the Lyttle banger over Border Movement favorite Sid Sriram’s percussive head nodding production. The plinking piano line and hypnotic synth line meld with Heems’ ever so slightly pitch corrected vocals to push the track firmly into sexy slow-burner territory.

Perhaps there should be more to say about the track, but it’s Heems and it’s Turn Me On, and really, what more do you need to know? Go get drunk and find someone to grind on.