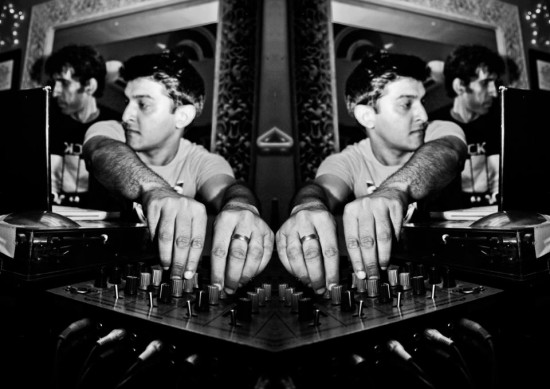 Riding on the success of his debut album “The Grinning, Naked Bunch”, Delhi based Hashback Hashish has released an EP of remixes. Released seven months back, the album received favorable feedback and served as a good culmination of the reputation of tightly produced live sets he had been building up. Titled “Crystalline Nightmares – Remixes EP”, the latest EP picks up on a track from the debut album which has in turn been remixed by four musicians with diverse musical inclinations and who are spread across the globe.

“The choice of Crystalline Nightmares was a purely unconscious decision for the remixes”, said Ashish Sachan, the man behind the act, when asked on why he chose this track instead of any of the other seven tracks on the debut album. A collaborative effort of remixes had been on Ashish’s mind since the release of the album, but it was only about three months back that he actually began working on it. He had been quite taken in by the work of these musicians, and they accepted “graciously” when Ashish got in touch with them: “3 out of the 4 artists, including Mistol Team, Damolh33 and Marc Systematic, I approached simply because they are extremely prolific, relentless and are forever open to giving existing songs new shapes.

However, I chanced upon Koldd’s ‘Tale Of A Desperate Inspiration Eater’ randomly, and I was quite taken with his fluid, unfettered sounds.” The collaborative efforts don’t end here, as he has planned 2 more EPs releasing over the course of next 3 months which will include new original songs and remixes by international/ Indian artists. “I will definitely be testing out these newer sounds during my next couple of performances”, was his take on the way forward, adding, “I have also been toying with the idea of a slightly unconventional Audio/ Visual performance which will then be aired on Balcony TV.”

The remixes are, like the artists responsible for creating them, extremely diverse in nature, with phenomenally different timelines skidding from one end of the spectrum to the other. Give them a listen here and figure for yourself.