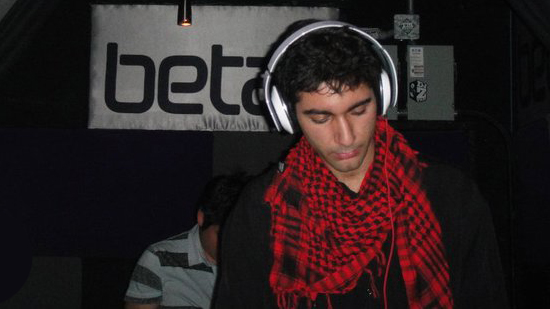 With the Taliban rising to power two decades ago, what was once revered as a land of great beauty and infinite wisdom no longer held its identity. Soon, the imposing of radical ideologies including banning all forms of visual imagery led the country onto a downtrodden path that spiralled quickly into suppression and slavery. A dismembered audio cassette with tape waving in the breeze eventually became an icon of the Taliban rule. With despotism and the cathartic need for ‘absolute control’, the war on cultural heritage was set in motion. Ensconced in hostility, Afghanistan, had yet to survive its worst fear — the categoric destruction of its moral and social identity. However, its people fought back and against all odds placed their faith on one of the most honest and sincere forms of expression that to them symbolised freedom – music.

“My parents fled the Soviet invasion in Afghanistan and moved to the United States. Somewhere in between, I was born in France and, for most part of my life, I grew up in the suburbs near Denver, Colorado. We also lived in Africa for six months,” said Haroun who moved back to Kabul in 2012 and lived there for two years. From DJing at music festivals, watching legendary local musicians perform live to being in close to proximity to insurgent attacks, Kabul offered him a lifetime’s worth of experiences.  According to him, every ethnic group from the country is represented in Kabul for they continue to flock the city today in search of better opportunities. Despite being overpopulated and having insufficient infrastructure, 5 million people have somehow managed to make it their home. 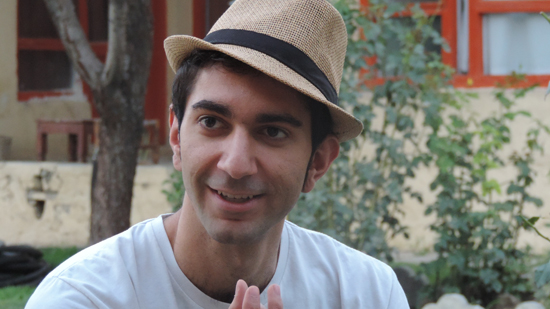 Although there might be divided opinions on Afghanistan harbouring a progressive environment with respect to music, the youth seem to be receptive of anything that pushes the envelope or redefines conventional norms. One thing’s for certain; no matter how atrocious the circumstances, there will always exist a passionate community of people who continue to promote music in Kabul. In the words of Dr Ahmad Sarmast, music scholar and the director of the Afghanistan National Institute of Music, “music is a fundamental element of civil society. It connects people to one another, regardless of ethnic background or social class. It empowers them by connecting them to their own cultural roots. If Afghanistan was to overcome the traumas of the past generation, music would be essential to the healing process, and, moreover, to the establishment of a truly democratic society.”

On Defining His Sound

While explosive melodic lines and massive rhythms crystallise into textures that define his soundscape, it is in the simplicity of sounds that his compositions find true meaning. Most of his tracks strike a balance between a synthetic and organic palette. For instance, in ‘Half Ghan‘ the filtered chord sweeps layered over a deep bassline and a quirky, shaker-driven rhythm enrich its harmonic precision. Moreover, a rich polyphonic synth, introduced in the breakdown, gradually assumes its position at the forefront of the elements and drives the track home. On the other hand, ‘Pan’s Labyrinth‘ is scarce on melody apart from simple tones used in the percussion timbres and those fused within the vocal effects. The atmospheric depth and the fluidity of chords in this track cause a severe alteration in the sound spectrum, thereby, creating a constantly evolving ambiance.

With ‘Smart Wave – The Atheist‘ (Haroun Omar Remix), a barrage of mysterious melodies and countermelodies combined with an old-school piano vibe create an intense aural experience. Here, filtered tones open up gradually over a backdrop of a kick-driven rhythm. “The build-up to the main theme makes for a great opening track. I was very pleased with the mixdown and also felt that all the elements fit well together” said Haroun.

Apart from experimenting on a new wave of production using advanced equipment in the near future, some of his work will also be featured in a documentary titled ‘Kabul to the Kennels’ which details the experiences of a wounded combat veteran’s return to society and his quest to find purpose in life.

Haroun also considers himself incredibly fortunate to have helped support the Sound Central Festival for two years. The project led to interactions with extraordinary individuals who expressed their own forms of creativity in one of the most oppressed regions in the world. The event proved to be a meaningful collaboration between international and national artists who shared their passion for art. “Their sheer bravery was inspiring to me. The last festival drew in at least a thousand people over the course of three days. It was extremely refreshing to be able to bring in new music and sounds to the Afghan youth who were craving for something different from what they were accustomed to,” said the artiste who strongly felt that his soundscape will incorporate more traditional instrument samples in the future highlighting the importance of preserving these sounds. 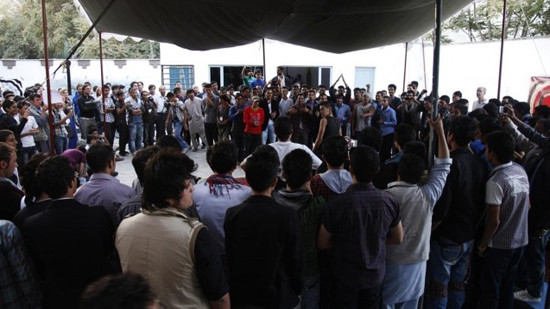 According to him, one of the major challenges artistes in Kabul face today is the access to quality equipment. He believes that if artistes had more access to musical equipment, then they would be able to find the tools with which they can best express themselves. Nevertheless, Afghans are incredibly passionate and will create their own instruments out of rudimentary objects if they have to!

Within the efforts of all who sought purpose in the union of melody and rhythm, the need to revive art to keep humanity alive has been reawakened, once again, amongst those who’d lost all hope. “Every time I experience art, it renews my faith in mankind’s ability to create meaningful connections despite perceived differences,” said Haroun. Perhaps, it is this journey to relentlessly pursue a refined form of expression that would enable humankind to unite and seek a better path — one devoid of brutality and aggression – that gradually led him to discovering his own identity through music.