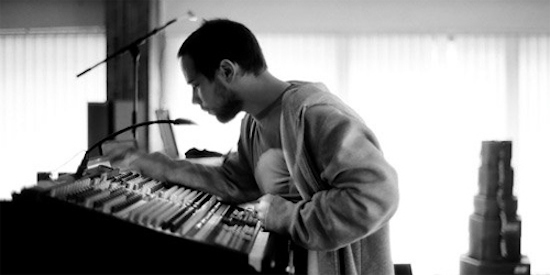 Grischa Lichtenberger was born in Bielefeld 1983. In 2009 he released his debut EP ~treibgut ununbium on German label Raster-Noton. ~treibgut– a system of references to the river Rhein – operated as a motto for varied expressions: installations, videos, music, painting and drawings. Beginning in 2006, while moving to Düsseldorf, Lichtenberger decided to rethink the artistic process from scratch – its ethical legitimization and it’s epistemological backgrounds – all in regard to the concreteness of the biographical situation in its landscape and history. Since 2008 Grischa Lichtenberger lives in Berlin.

Lichtenberger’s focus is not only the musical expression, but the process of creating art in general. Always regarding the complexity and difficulties of communication and material referenciality, he seeks to overcome the dominance of functional interpretations, while maintaining an open access to technology and production.

Grischa is in India to play at the Sound Reasons festival at the Goethe Institut Delhi and at The Humming Tree in Bangalore.