From lindy hop to electro pop: MADBOY/MINK take us through their setup 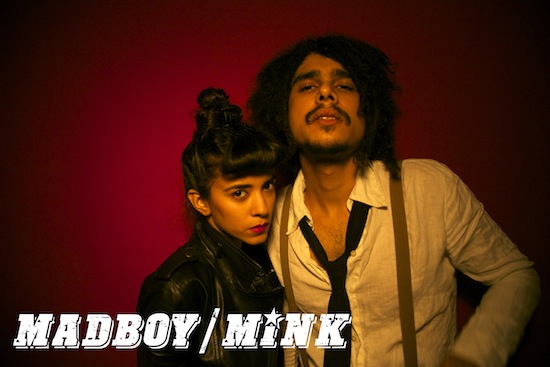 We’ve been hearing a lot about this electro swing torch bearing duo and their dynamic act. MADBOY/MINK are now known to unabashedly grime up venues with their mash ups and live improv over samples from the swing and big band era. At their gigs, Imaad Shah and Saba Azad have their hands full with keys, buttons, knobs and faders, (not to mention mics, guitars, and synths) while dishing out their tunes.

They shone some light on their studio setup and live-rig today:

You guys seem to have a lot going on behind that console. Tell us what?
Mostly just the essence of playing live music. A bunch of soft synths and a Micro Korg. We’re big synth heads in the live sense too, so the moment we get our hands on a few more comfortably portable ones for the road, that’s a major priority. Imaad plays synths and a Fender Strat through a pedal board with analogue stomp boxes and Saba runs Ableton Live with a few midi controllers, launchpad and a vocal mic with a pretty distorted effects chain.

Do studio versions of your tracks come first, or the live ones?
We work together a lot of the time – very often ideas for the studio version of a tune arise out of pure improvisation on stage or in rehearsal, and other times an idea that gets formulated in the concentrated ‘studio’ setup and finds itself being played live via controllers. And of course the guitar and synth parts get formulated purely by musical and songwriting aesthetics.

Your biggest challenge keeping it live would be?
Well in spite of playing almost everything live in our studio tunes, we do rely on some pretty heavy crate digging and sampling for some songs – particularly the electro swing stuff. It’s a great joy for us to use 1930s big band recordings, obscure swing songs, Delta blues, samples from soul and disco tunes etc… (this list is endless) and smash them out of shape to use them in the context we want. This often calls for serious chopping, pitch shifting, time stretching, cleaning up of audio and lots more.

We are exploring new ways of playing samples live, and recording our own horn section and hopefully taking the guys with us on tour too.

2 hands in the studio can sometimes be one too many, what’s the shared process been like thus far?
Yes! We are both very opinionated but more often than not, that leads to musical ideas that are more than just the sum of their parts. The process with every tune is different and it’s a combination of passing tunes between each other’s sessions and working together on a common one.

Wherever the idea takes birth, the backbone of the tune is the groove in relation to the arrangement – and though one might have minute differences with regards to a bassline, or a tone etc, the right groove for the tune is everyone’s common agenda.

Take us through your live rig? Your routing and gear used on stage?
A couple of sound cards coming out of a couple of Macs, three vocal mics, one of which goes into an Ableton fx chain – (mostly consisting of a drastic EQ with compression and vinyl distortion – trying to emulate a megaphone!) A bunch of midi controllers to work Ableton Live, a midi keyboard with Mainstage to get the Logic synths, a MicroKorg with a straight up analogue stereo audio output, a Fender Stratocaster through a pedalboard with analogue stompboxes – Wah, phaser, compressor, overdrive, delay, and oh yeah a dirty little synth bass pedal that’s meant for bass guitar but we use it with the Strat, for some old skool synth funk goodness. 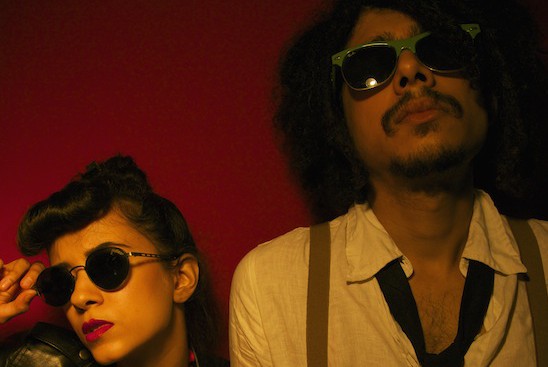 Sneak peak into your studio:

Monitors?
M- Audio Studiophiles – the one big let down in our setup! But we also reference with trusty Audio Technica ‘ATH-M30′ or whatever, cans as well as on friends’ studio Genelecs.