Infusing his own brand of minimal electronica into the Delhi scene, Nikhil Kaul specialises in wrenching a variety of sounds out of their comfort zone and into his mix. This probably helped the construction of his achingly catchy new single “Pastels”, which works because it doesn’t adhere to the constraints that an artist pigeonholed into a genre would have to put on him/herself.

“Pastels” comes off Frame/Frame’s debut EP  “Swimmers” (featuring the acclaimed Keshav Dhar on another anticipated track), which is set to release today.

If Kaul was working on capturing the familiar rather than the fresh, he’s done his job well. The track is replete with reference points you can’t quite place, fragments of half-remembered pop structures that slide off melancholic echoes. 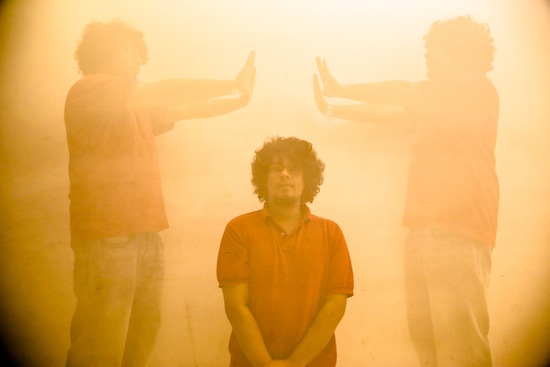 The beat begins slightly, staggering under an almost reluctant delay until the drums kick in full-time behind a thick guitar line. Kaul’s vocals are a surprising highlight here; there’s a calm, Greg Dulli-like menace to their restraint.

At the two minute mark, Kaul lays a mellow guitar track over a moment of eerie silence. This is where he really steals the show. Over the past year, Kaul has been working hard at perfecting the spaces between the sounds so as to allow them to breathe – here especially, the effort comes through splendidly.

The video, created by Anna Joseph, does a great deal to set the atmosphere. “The idea was to convey a mood,” Kaul told NH7.in in a recent interview. “I think people get really reflective at times of the night, so it’s really that, a portrait of the city, and it has these figures which are rather obscured so they represent every man.” The concept is vague enough to interpret as you please; Joseph seems to train her lens on that hollowness of urban night-times, the yearning for that something real in countless social interactions.

Let me put it this way: were I not supposed to review “Pastels”, I’d be watching and listening on loop all day regardless.

Tune in for yourself.