If there’s something distinctly lacking in Pakistani indie/electronic music, it’s the presence of labels or promoters or clubs. It’s a vacuum that no one’s particularly tried to step up and fill – though economic and security circumstances in Pakistan would hardly seem conducive to it. Last year, a collective made up of Karachi-based electronic musicians, Karachi Detour Rampage, put on one blistering live show and then ostensibly dissipated. Their dormancy created the void that allowed another collective to step up and assume responsibility.

“The reason Forever South (FXS) formed was to expand the reach of the electronic/beat scene of Pakistan to a more wider, international audience. KDR stands for Karachi Detour Rampage and having Karachi in the name made it geared more locally to the Karachi scene,” argues Haamid Rahim (who records music under the moniker Dynoman), distancing himself from the city’s previous effort at a collective. Rahim is one part of the brains behind Forever South – the other being Bilal Nasir Khan, who happens to be a drummer for Mole and releases electronic music as Rudoh.

Forever South’s advent raised a few questions, primarily about the prudence of starting another collective when KDR had not officially been deemed dead in the water. Yet, in FXS’ defence, it does claim to be more than what KDR was or tried to be. Already, FXS has released Dynoman’s album ‘Naubahar’, as well a multitude of singles from Rudoh, Toll Crane, Friedi and Alien Panda Jury.

Armed with a constant stream of releases, FXS seem determined to keep adding to their roster. “The beat scene and experimental electronic scene in Pakistan is somewhat small so everyone knows each other. We are usually recommended artists by other artists and shoot them an email/ask them to send us tracks.”

A big advantage of a welcoming collective of this nature is that new music and approaches are welcomed and exalted. This creates a culture where music isn’t made or proliferated on its ability to pack seats or bring legs to a dance floor. As Bilal notes, “the songs are beats that push boundaries and artists that aren’t afraid to experiment.”

FXS seem hell-bent on ensuring a physical footprint as well: “We are trying very hard to have a show (Hopefully this December! Nothing confirmed yet) and hopefully many more shows in the future!” Like KDR, FXS are blessed in that it’s run by two musicians who are very much embedded within Karachi’s electronic scene, and are therefore well aware of the concerns of local artists. But FXS don’t seem content with just focusing on performances in Karachi or Pakistan either, as Haamid states, “We would love to go on national tours and my partner [Bilal Nasir Khan] is based out of London so look out for that if anything happens there! I myself spent 5 months in NYC and made some good connections who would possibly have FXS over there as well.”

Though more commercially viable artists are still able to play live, independent musicians in Pakistan face a considerable struggle in putting on worthwhile live shows. Even electronic musicians, who face far less logistical issues than four-piece bands, suffer. Nearly a whole generation of musicians has grown up now, not expecting to play live regularly or have the chance to do so. In a way, it’s this cultural pilferage that FXS seem to want to address. Culture (and it’s modern, musical equivalent of a ‘scene’) can’t exist for long in a vacuum, nor can it grow without active communal involvement.

But electronic music is not the only concern of Haamid and Bilal. Far from wrapping themselves with a cocoon of Karachi based electronic music, they seem intently aware of other independent music that Pakistan has to offer. “The electronic and music scene in Pakistan is amazing. We have a lot of beat makers up here in Karachi and hopefully some other all around the country as well. Our beat makers here keep creating beats and fresh sounds that amaze us. But aside from beat makers we have amazing sounds coming out of Pakistan! There are bands like Basheer and the Pied Pipers, Mole, and //Orangenoise constantly pushing the boundaries with sound design and effects. There are other artists in the genre of ambient and post rock like Asfandyar Khan and 6LA8 who too are making amazing sounds and modelling effects so brilliantly! So we have a whole bunch of awesomeness coming out of the scene!”

So far, FXS seem to be delivering on the music front. But more than trying to get some artists together under a single manner and release their music, FXS seem to want to ensure that live electronic music (aside from that of a more rave friendly persuasion) makes a return to Karachi and the country in general. It’s a grand objective, and one that, if pulled off, would have incredible rewards for FXS, for electronic music in Pakistan as a whole, and for all discerning listeners. 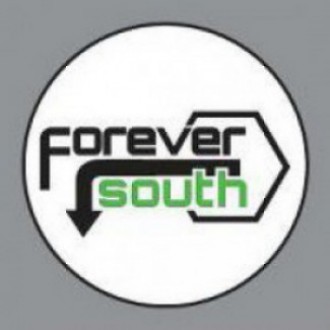