Karachi’s Forever South Collective (FXS) have not been wasting time, resting on past merits. Having intrigued Internet music-prospectors with mixes and releases, they are now ready with their new compilation. Following the 20-song tableaux of experiments they released in 2013, they’ve been conducting some fine alchemy in their beat labs. The relatively short EP contains 7 tracks that represent some of the most compelling craft coming out of their scene at present. The compilation includes tracks by DynoMan, Rudoh (who uploaded an FXS mix for NH7 late February, including tracks by the terribly gifted sm▲x), TMPST and Toll Crane.

It is a wonderful dive into the varied influences and aesthetics of the group. The sheer layered eccentricity is something that takes a few listens to hook into, while some of the tracks gain regular notoriety in bringing the mood home. While oscillating irreverently from post-rock to techno to imaginative derivations of beat music and future-bass; the album is equally delightful as an accompaniment to solo-sailing. In fact, it would be a considerable deprivation not to use headphones, simply because there is so much to take in to form a wholesome perspective of what FXS is really about.

In conversation with DynoMan (Haamid Rahim), one of the founding members of FXS, one learns a few things about the way the experiences of this motley bunch translate into their work. With an average age of 25-26, most of the crew have predominantly been operating from their bedrooms or house parties. The scene is “fairly new and yet to catch on fully” according to Haamid.

He elaborates, “The idea is to create a scene, if it catches on that’s great. Thankfully we have a lot of great people involved with the work and who support our music. We have plans for our music but as Forever South, we want to keep it going with fresh tracks being produced, planning shows; to define ourselves more and then let it take its course here.”

This ideal seems to seep into the latest album as it winds through remarkably spontaneous and fresh interpretations of personal influences. It has that FlyLo, Nosaj/Kidsuke vibe but not too close for comfort, by no means, to be disregarded as mere worshippers. Tracks by Rudoh and DynoMan display maturity and impress the most with their flow and sophistication. ‘Bzzz’ by TMPST is probably the most relaxed track of the compilation, well within the style of his usual curriculum. Toll Crane is an artist that gives off a heavy Audio Pervert vibe with his playful craft of infectious but unusual bass lines, compulsive beats and a left-of-field variant of ‘chill’. 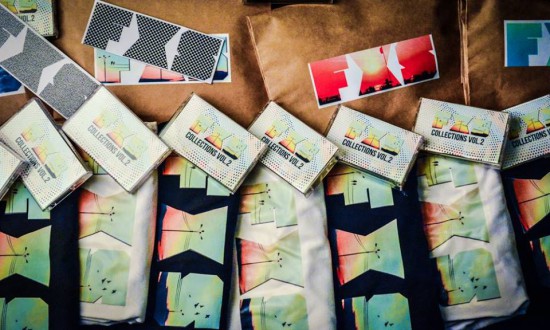 The artwork for the album has been crafted by Toll Crane (Talha Asim Wynne), a graphic designer who also does a lot of the posters for FXS gigs.“We have two go to-artists, Samya Arif and Asma Javeri. Asma, a friend from school, makes all my album artwork. I always admired her stuff. She does a killer job.” Essentially the scene operates on this respectful DIY plane, which is crucial given the challenges guaranteed in a scene developing in the womb of a chaotic, sometimes dangerously temperamental Karachi.

“Venues are tricky here. My favourite is the warehouse colony, but it’s a ways away and it’s tricky getting people there. Cop scenes here too.” At this point it feels only logical to ask him if many girls come for these gigs.“People are into it, usually just friends of friends. Yeah, girls do come because they feel safe I suppose.”

I cannot help but feel that there may be more to it, considering how in any scene, the list of considerations has lent many a woman, a degree of proficiency in deft but tiresome manipulations on the domestic front. Not to mention the collective social conditioning that lends added impediments to just having a good time. Cherished victories act as motivational balm: “The gig where Gebrüder Teichmann played was at a warehouse colony here. It was held in co-junction with another crew ‘Pakistan DJ Network’. We had our FXS guys and three of their DJs. It was an awesome show of live sets and DJ sets.” 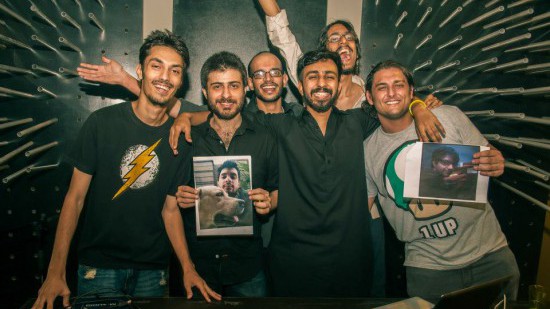 Art that thrives in the heat of urban bedlam often displays the subjective influence of such isolation on various participants. “It’s different from artist to artist. I’m kinda jaded now. But that’s only because Karachi can be tough if it wants to. When it’s chaotic, the music is angrier; when I feel calmer, it’s more melodic. When I go to crowded areas such as a bazaar or sabzi mandi, more detail is expressed in my work. Something that touches me, I touch it in.”

Haamid cites John Frusciante as a major influence on his sense of melody. “For production, I am an avid fan of Aphex Twin, Squarepusher, a lot of the Brainfeeder collective, Radiohead, Little Dragon to name a few. By the way, have you heard of Lifafa? I freaking love him!”

If the purpose of the album was to effectively showcase the syncretic play of Karachi beat makers, it seems to have achieved this end gracefully. An altogether enjoyable listen and handy introduction for the uninitiated, to what is evidently a chaotic and pregnant moment for Pakistan’s underground cultural movement.