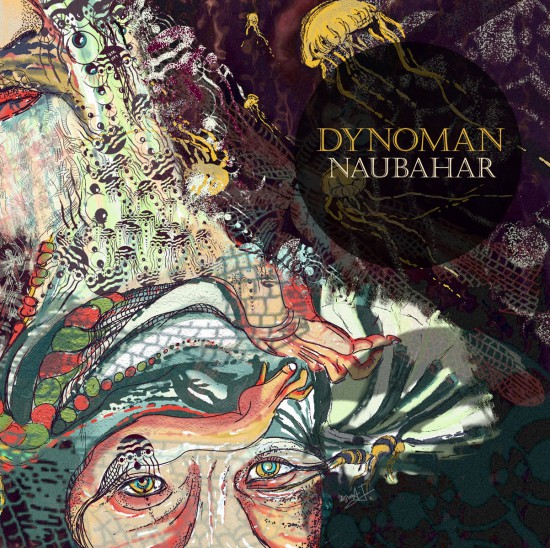 It’s a hard task trying to invoke local colour into your music if you’ve grown up surrounded by ‘Western’ music and musical ideals. There’s a reason why fusion is such a hard genre to pull off; why a half-baked attempt at marrying an Eastern sound with a Western sound is so easily discernable and subsequently deplorable. Fusion also ends up being an easy sell, an easy point of reference – an easy attempt at trying to sound different. It ends up being a dishonest plea towards a unique sound, an attempt by musicians to goad the listener into giving them an unwarranted chance.

Sometimes though, the ingredients involved might be tipped in favour of one sound or another, rather than there being equal representation. The Pakistani iteration of Coke Studio is one such successful effort – there’s more local folk music than there is Western music, and it’s all for the better because it’s more honest and more accepting of the limitations of both musical ideologies (on their own and together).

Naubahar, Karachi-born beatsmith Haamid Rahim’s debut album as DynoMan, is another album that tries to tackle this question of local influences within a broader, Western, sound. Having grown up on Western music, Rahim’s work on Naubahar speaks more of an affinity with subcontinental influences rather than a grand quasi-intellectual appreciation; his treatment of those influences is more playful than it is serious, and consequently it’s far more enjoyable for the listener because all pretension has been locked away.

One of the best things about Naubahar, and one of the reasons why it’s managed to work so wonderfully, is that it’s a far more musically layered and complex album than one might be led to believe. It’s an album for headphones and attentive listening sessions as much as it is for the dance floor. The beats are complex and riveting, shifting shape and tone constantly, but they’re nothing compared to what lies on top of them. Naubahar displays Rahim’s incredible ability to throw the kitchen sink and a few dozen other fixtures at a song and still make it work. It’s full of synths that appear, wreak havoc, and disappear all within a few movements in a song. It’s full of bells and whistles and a dozen other instruments run through arps and manipulated beyond reason, all of them sounding wonderful and worthwhile. It’s full of simple yet heartening melodies, as well as the sort of layered melodic work not too distant from the likes of Rustie and Flying Lotus.

It’s this more music-oriented – rather than beat-oriented – approach that allows Rahim to play with tablas and other Eastern music samples without making them sound generic or dishonest. The tabla is never used in isolation, and even when it is, even when paired with sampled vocals from Indian maestros (‘Side Beat Street’), it never sounds like someone trying to profit off their heritage.

‘Escape’, for example, seems to be pining for the 90s heyday of Bollywood, chock full of sepia-toned nostalgia and innocence. It’s a gorgeous track with synths that weave in and out, circling around a piano-based sample that sounds like it was lifted from the best kind of decaying bedside radio. That sort of nostalgia is prevalent throughout the album, but it’s never maudlin. ‘Breezing’ carries a chunk of that nostalgia and wears it on its sleeve, with lovely sitar lines that feed into some gorgeous ascending arps – a sound that seems to juxtapose the best of Noor Jehan with Nosaj Thing. It’s an odd mix, but one that works unbelievably well.

That juxtaposition, and many others like it, are the backbone of Naubahar. Most of the time one doesn’t even realize that there are dozens of transitions and movements occurring at any given point in a song. There are occasions when songs move seamlessly from subcontinental influences to Western ones, without missing a (proverbial) beat – and all of it happens without the listening experience finding itself jarred. ‘Mugen’ is another brilliant exposition of Rahim’s ability as a chameleon, with its stop start nature and heavy sample use creating a distinct subcontinental sound that owes as much to (un)defined epochs as it does to 21st century technology.

Then you have Rahim the soundscape artist, crafting synths from scratch and from samples, giving them room to breathe, like on the exquisitely titled ‘Lathi Charge’, which belies its title. It’s a slow burning behemoth that seems the perfect sonic accompaniment to the destruction and chaos prevalent in metropolitans like Karachi. ‘Sultan Money Bag$’ is another track that flirts with sound sculpting, though with an approach more aimed towards pandemonium (of the best kind, naturally). Armed with a slightly jarring and out of key vocal sample, Rahim uses blistering synths and percussion to swirl around the sample, encasing it in a maelstrom of major-key interplay.

Naubahar, then, is an album without gimmicks; there are no flashes of sound intended for the rafters, no by-the-numbers beatwork for the dancefloor and ultimately, no pandering to anyone looking for easy to imbibe music with an Eastern flavour. It is instead a musical behemoth, one that achieves multiple unique narratives that seem loyal to Rahim’s musical history and interests. It’s a staggeringly brilliant album, due, in no small part, to its intelligent musical construction as well as its honesty.

The best part, though, is that this is just Rahim’s debut.