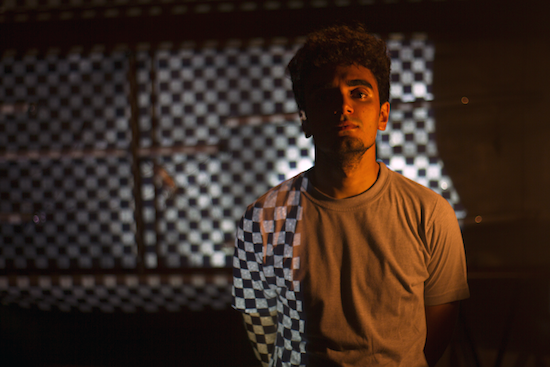 A challenge when writing about live music is that from time to time, you just want to go to a show and have a few drinks. But you also want to remember everything that happens. And so sometimes, you have to take notes.
I mention this, because in my recent notes, one particular sentence stands out:
“SB ought to be a rock star.”
SB, in this case, is Sahej Bakshi, better known as Dualist Inquiry.

The note isn’t entirely accurate, though. Because Dualist is a rock star. The whole world just doesn’t know it quite yet.

But over 500 people who crammed into Blue Frog Delhi last week have got a jump on the world. Because Dualist Inquiry, backed by Jiver on drums and Sandunes on synths, brought his trademark blend of uber-produced multi-track guitar-based electronica out from behind the console for an all-out live experience.

Three amazingly talented musicians sharing one stage have a tendency to come together to create a fluid unity, and despite the varied backgrounds of the artists, the Dualist live show was no exception.

“Before we started jamming,” Dualist said, “I thought that we would go the route of recreating the electronic songs note for note. But once we started playing together, there was so much great improvisation happening between the three of us that I suddenly realized that there’s absolutely no need for any of us to stick with the electronic ‘script’.”

Sandunes’ live jazz background was evident, as she brought old skills to new gear, deftly cycling through sounds, from straight ahead contemporary electronics to straight-outta-the-80s Ghostbusters Casio funk. Her jazz roots contrasted with Dualists carefully programmed production mentality, as the show demanded more structure than the improvisatory nature of her usual performances:

“I’m used to being able to do what I want within my live sets…, if I know what key the tune is in, I usually just improvise. Here though, sticking to some sense of structure… in order to come together for the breaks and the drops was the toughest bit.” 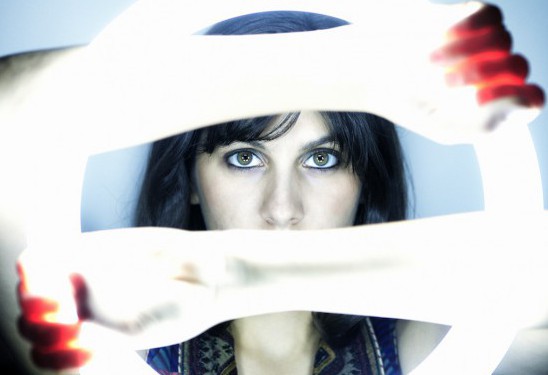 The show’s epic tour of prog rock to cock rock with a detour through glitch-hop was tied together by the finely honed drumming skills of Jiver, whose precision percussion managed to bridge the gap between the material’s digital genesis and its analog performance. I wrote only one note specifically about Jiver, but it is telling; “The drums are so crisp. His hi-hats sound like they came out of a machine.” That may not always sound like a compliment, but faced with the challenge of bringing the compositions of a perfectionist like Dualist Inquiry to the stage, it would be hard to find a better collaborator.

Dualist Inquiry once spoke to me about the transformative experience of seeing a DJ absolutely entrance a crowd of thousands. It was a bit as if he had suddenly discovered that DJs could be rock stars, too. Now that the former rocker has immersed himself more fully in the world of electronic music, he seems to have realized that not only can DJs be rock stars in their own way, but electronic music doesn’t have to be devoid of good old-fashioned rock stars, either. 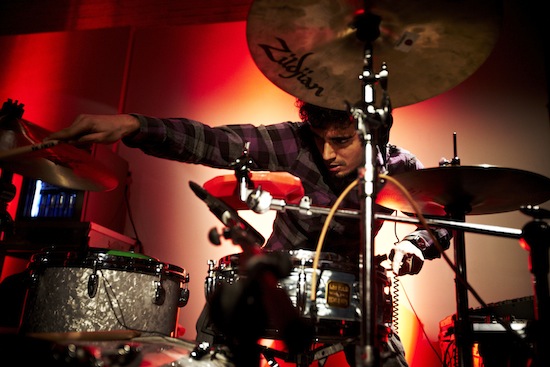 Sahej rarely looks more at home than when he’s telling the crowd to put their motherfucking hands in the air. And he can do that best when he’s standing downstage centre with nothing more between him and his fans than a mic and a guitar.

Though he’s currently being cagey about future live performance plans, Dualist gives the impression that fans may be able to look forward to more gigs with the band in the future. We hope so. Dualist makes one hell of studio album, but when your electronic music rocks as hard as his, sometimes you just need to stand in the footlights with a band behind you…

…And then you need to rock the fuck out.