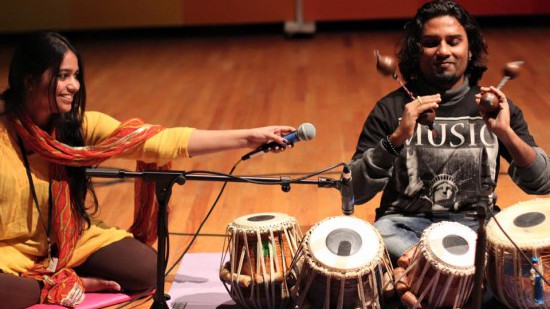 Although music has anchored the integration of society and culture from time immemorial, many theorists believe that it has also played a pivotal role in evoking change within a regressive social order. Reinforcing the need to forge bonds through a synchronous sociocultural movement, over the last few decades, this particular art form has helped constitute a passionate endeavour to promote solidarity amongst mankind. In an attempt to deconstruct all cultural dichotomies, artistes have often used music as an incubator to transcend all barriers with respect to politics, hierarchy and even societal norms.

And, cultivating such an alternative ethos within the musical spectrum is the Brooklyn-based collective Found Sound Nation (a satellite programme of Bang on a Can) who devised a unique initiative titled Dosti Music Project in 2014 to reconnect ancient musical traditions and re-link the politically fractured South Asian sub-continent. After running the larger international exchange programme One Beat for a few years, Found Sound Nation was approached by the US Embassy in Islamabad to create a similar programme as a means of addressing the decades-old border conflict between India and Pakistan using music as a tool for cultural diplomacy.

Building a dynamic template for cross-national discourse and music-based social entrepreneurship, the primary focus of Dosti revolves around innovating and nurturing collaborations that can make a direct positive impact on local and global communities. Embedded in its collective strength of socially-engaged artistes is a philosophy that not only helps bridge cultural and political divides through music but also gives voice to underrepresented communities.

According to Nandi Plunkett (Dosti staff member/singer-songwriter), one of the biggest joys in organising these programmes is seeing ‘people-to-people diplomacy’ transcend the dryness of its terminology and become a real, palpable experience. After all, the initiative provides an unprecedented opportunity for artistes from both the countries to come together, interact and create original content within the tertiary space of the United States. The project offers a chance to transcend the conflicts of their governments and meet face-to-face as equals, as peers and as creative beings who share a rich history. Thereby, establishing a model of cultural interaction that can impact diplomatic and political dialogues. “The idea is that cultural amelioration starts small. We’re attempting to generate a source for the wellspring of creative collaboration across countries that will last for generations. By endowing each Dosti Fellow with the immediate resources for interacting with musicians across the border, and guiding them to think deeply about methods for social engagement and development projects in their own communities, we imagine this will augment exponentially over time,” said Plunkett.

A poignant collision of worlds

Celebrating the union of earth and heavens, Surojato Roy built a cascading rhythm with Kashaka (percussive instrument) that wove structures layered with emotions. Meanwhile, the faint strains of Sarangi emanating from the corner revealed Zohaib Hassan crafting short melodic phrases that swayed back and forth between angst and joy. And, as Qamar Abbas punctuated every tonal network with pulsating beats of the Cajon, Imran Fida and Mirande Shah discovered divinity and interconnectedness through their jugalbandi. While Fida’s soul stirring rendition of Man Kunto Maula Fahaza Ali drew mystic energy of the universe, Shah’s Ud Ja Hans Akela struck a balance between strength and vigour as she strung tones with absolute devotion. Similarly, Tatiana’s fiddle tunes combined with the intense formation of rhythmic repertoire with tabla and sarod brought forth a whole new dimension to fusion. Soon, as the journey progressed to diverse genres, what ensued was a mellifluous marriage of classical piano and synthetic beats enmeshed in electronic strains.

A true testament to musical camaraderie, at first glance, the Dosti project takes one on a journey where tones and timbres blend in seamlessly with expressions and identities. To put it succinctly, it is a cosmic collision of worlds so different and yet so familiar where lines and borders no longer divide; where the distinction between artiste and art ceases to exist. What each of the artistes discovered here was a sense of commonality at the core of the project. “In fact, the similarities in some of their styles were evident immediately including the vocabulary of classical music shared between musicians of both India and Pakistan; and the knowledge of sampling and DAWs shared by producers from all three countries. The differences were just as clear too in the instruments tuned to specific keys, and the contrast of rigid forms versus experimental soundscapes,” explained Nandi.

The whole project was divided into numerous phases wherein participants broke into random ensembles who also engaged in a meaningful dialogue with visual artists and writers in the first week. Subsequently, the group was joined by collaborating artiste Shahzad Ismaily  who facilitated group pieces and employed a particularly successful tactic involving soundpainting – a form of conducted improvisation. In fact, it was during this week that the group truly began to find the ‘voice of their friendship’ as Mirande Shah described the experience and added, “I will always cherish the fact that it was here where I learnt not to judge yourself and others; to push all boundaries in music and accept everyone with unconditional love. For me, music is a space where language does not matter, your culture does not matter, and your colour does not matter. The artiste is in a state of ecstasy and takes the audience along a journey where all judgements vanish. And, that’s where beauty, love and compassion takes over; that’s where a transformation happens.” 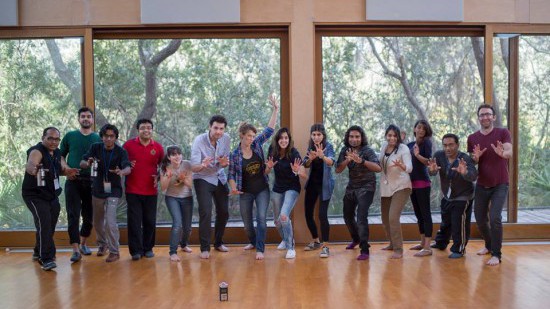 Echoing similar sentiments, Sanaya Ardeshir aka Sandunes, producer and keyboard player, and former OneBeat Fellow, said that overall it was an extraordinary experience to be around numerous traditionalists who treat their practices which such focused diligence and regularity. She honestly believes that music has the capacity to initiate social change and connect individuals on an intimate and almost primal level which in a way returns us to a very basic version of ourselves as human beings.

On the other hand, Bilal Nasir Khan who produces solo electronic soundscapes under the moniker Rudoh confessed that he never directly intended on making music that reflected his opinions on social issues. “Yes, it is true that these things subconsciously seep into my creative process from time to time. After all, we produce what we feel and where I’m from there are tons of socio-economic issues that have put our nation through severe distress. That inevitably creates an environment where everyone only hopes for things to be better; and that feeling of having hope is strongly present in my music and character,” said the artiste.

For the last leg of the project, the entire group travelled to New Orleans for one week of residency hosted by the Sound Observatory New Orleans –  an organisation dedicated to funding and sustaining innovative arts projects in the region. In the coming months and years, the co-ordinators will also facilitate a number of Follow On projects conceived by the fellows to continue pursuing and bringing to fruition their collaborative and community-oriented work. Some of these ideas include: an arts residency programme for children living in slums headed by Surojato Roy; a sarangi academy dedicated to the preservation and proliferation of the ancient instrument which was proposed by Natasha Ejaz and inspired by her work with Zohaib Hassan; and a community artist-in-residence programme inspired by the Atlantic Center for the Arts that would engage the alumni and faculty of Dosti as community artists in Mumbai, a project put forth by Sanaya Ardeshir. 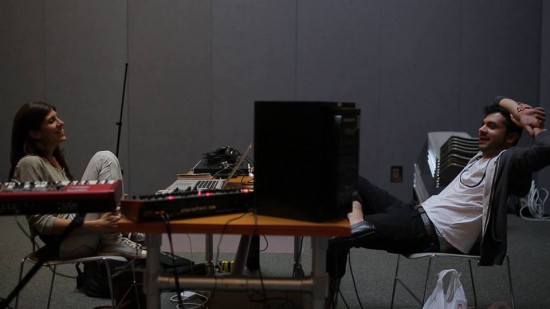 “There is nothing quite like losing oneself in the immersive sound of collaborative music making. The acts, rehearsals and hard work that goes into that sound shows a beautiful world of what is possible in human collaboration,” said violinist Tatiana Silver Hargreaves and further added, “It isn’t about personal gain or showing your own virtuosity but rather about coming together to combine strengths and work together towards a common goal. This, in itself, is an amazing social tool and when applied in a cross-cultural context it takes on a whole new meaning. It shows a world of what’s possible…”