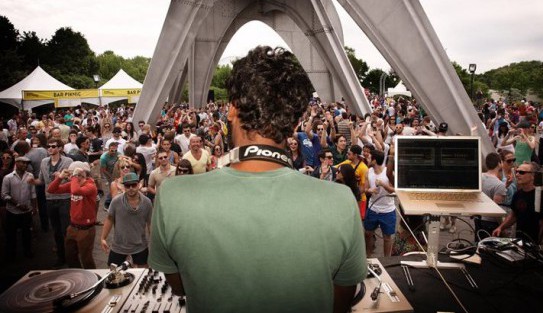 Jeff Mills of Sri Lanka? Montreal-based Sarath Pereira delivers a mix that certainly comes close. Born in Maho in Sri Lanka and raised in Lyon in France, Sarath started working in a record shop at the age of 15 and has been surrounded by vinyl ever since.

Strictly limiting himself to vinyl his sets are deep in texture and detailed in sound. With almost a decade of DJ gigs under his belt and the versatility of having played alongside the likes of Nina Kravitz at Piknic Electronik in Montreal or for 500 deaf people at La Plateforme a former oil barge in Lyon, Sarath seems to be on the right track to becoming the closest thing to Jeff Mills that the island of Sri Lanka has the ever spawned. No hype, just depth and drive.