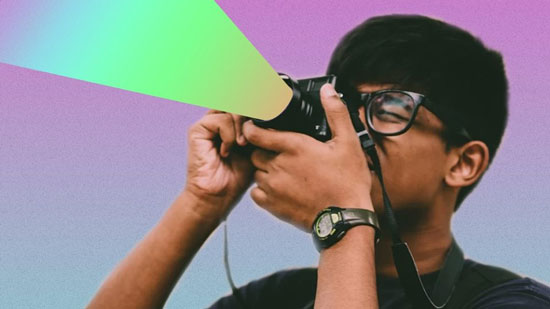 Introducing 16-year-old Dameer Khan, whose cheerful tracks are sure to get your feet tapping in the very near future. Hailing from a family of talented musicians, Dameer started his journey at the early age of 8 by teaching himself guitar, drums and piano. I guess, being a one-man jazz band wasn’t enough because as soon as he saw the potential of producing digitally, this self-taught virtuoso discovered a nirvana state and has been creating positivity fueled tracks ever since.

Being surrounded by musicians from birth, Dameer was able to pick up many skills from his family (mainly his father Pilu Khan, a drummer in well-known Bangladeshi band Renaissance) but has listed artists like Tom Misch, Kendrick Lamar, Loyle, and Mura Musa as his key influences. As of now, the sound that he has developed can best be described as sunshine filled lo-fi meets mellow trap and dubby vibes. In contrast, he also has some really upbeat electronic tracks which have the potential to become dancefloor hits.

When I spoke to Dameer, it was quite obvious that he is not limited to these subgenres. He likes to and is keen to experiment with sounds, for example his track ‘Ponder’ which has a distinct samba. He plans to release some more experimental music soon and is now under the Akāliko Records umbrella to release his first official EP.

Among his other musical ventures, Khan also plans to work with artists from the Bangladeshi hip-hop scene and is currently exploring collaborations. Not to mention Dameer can also rap and has a pretty well developed lyrical style. In fact, his track ‘Ember’ brought back some good memories of listening to old school hip-hop; is there anything Dameer can’t do? Last but not least, I can’t help but mention his track ‘Vitamin K’, which has a Japanese theme, a really fun tune that establishes the fact that this young producer is not afraid to step out of his comfort zone.

Talking about Dhaka’s electronic music scene Dameer reckons that in spite of having enormous potential and talent, some formal musical training would greatly help shape their sounds and skills: “It’s not for the sake of the music, but it’s for the sake of the artists themselves because it’s just so much more fulfilling when you know what you’re doing”. Dameer’s own creative process includes sampling from multiple sources, and also testing multiple melodies with piano and guitar to get the right vibe.

Dameer is a humble producer who wants to inspire upcoming artists and recommends that at the end of the day it’s all about confidence in what you do. “Practice and develop, that’s it”, he says and continues, “I pretty much work every day, it has become a routine for me and if I’m not making beats, I just don’t feel right”.

Dameer just moved to Kuala Lumpur to study. This talented 16-year-old is going to be one to watch out for, you can check his work out via his SoundCloud profile.