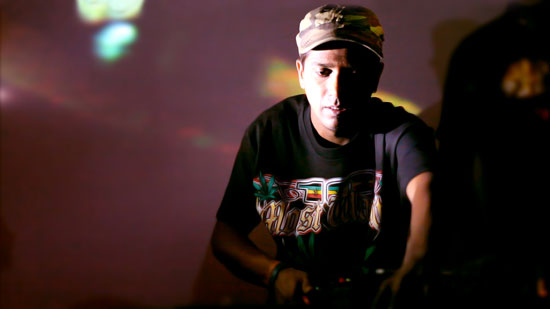 It’s a cloudy day and the Hyderabad University Campus with its lush green surroundings looks idyllic for an evening stroll. Bala Subramanyam Swayampakula aka Dakta Dub is heading for his weekly radio session ‘Musical Journey with Balu’ at Bol Hyderabad 90.4 fm, the local campus community radio. A weekly show that features music ranging from dub, reggae, Indian electronica, world music and more. “It’s music, dance and meditation for the mind body and soul,” says Dakta Dub who has been championing bass, dub, drum n’ bass, reggae and Indian electronica for years in Hyderabad. Not only is Dakta Dub an excellent DJ, his specially curated electronic music event – Bass Sanskriti – is a celebration for bass lovers in Hyderabad. “My long term goal is to bring true spiritual essence through my music and let that be an experience for people.That’s my ultimate goal,” he muses.

Dakta Dub’s Bass Sanskriti parties offer an alternative option for a techno heavy city like Hyderabad. But other than the diversity in sound it presents, Dakta Dub’s vision behind the property is for it to be accessible to all kinds of people. “I remember trying to walk into a club in Hyderabad this one time and they stopped me because I didn’t have a girl to go in with, neither did I look rich. I knew then that when I create something for people it will be free of all these petty rules,” he says thinking back. “Bass Sanskriti is so full of heart. You can come with or without shoes. Everyone has to be comfortable. People should be able to walk in without judgement. Similarly artists should have the freedom to do what they want. We bring artists from all over the world. We bring them to Hyderabad one day before the show and give them the experience of the city. We take them for lunch and dinner, do a studio session, appear on the radio show and it’s a lot of fun. We give them the whole whole experience” he smiles. 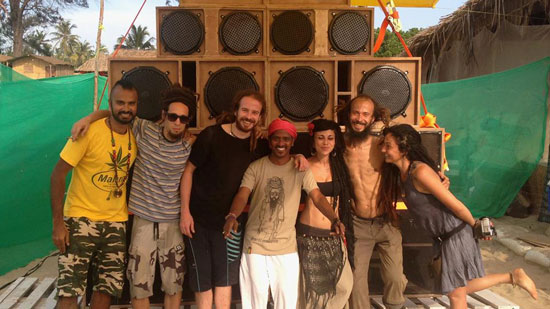 For Dakta Dub, it’s always the journey, the process that makes the destination more interesting and colourful. He describes his latest adventure, being part of two projects, both building sound systems. “I was part of two crews, both building sound systems. One was by 10,000 Lions which was financially supported by Ninja Dread and managed by Pierre Obino aka Realoveution Hi-Fly from Sardinia and Reggae Rajahs from India. Pierre’s dream was to build a sound system in Goa. Pierre called me from Sardinia and told me about the project. He said he had heard that I was the right guy to reach out to. It was very exciting. Parallely, Delhi Sultanate and Begum X were planning building the Bass Foundation Roots (BFR) sound system and invited me to be a part of the project. I joined both crews and enjoyed both the experiences thoroughly,” he laughs.

His role was that of a sound system operator: “I would help organise shows, lift boxes, protect the sound system (which is very sensitive even though it looks heavy and strong). Other than that, I would perform at the gig and once the event was over, I would help pack.”

“I have big love for sound systems and want to learn as much as I can […] Over the years, I gained experience playing reggae, learnt about technology and engineering. I also met peers such as Delhi Sultanate and the Reggae Rajahs. All this naturally led the sound system builders to reach out to me,” he explains. “In terms of finances to build the system, Delhi Sultanate used what he could from his own pocket and through crowd funding got about 16 lakhs. This was a huge step for the bass community,” says Dakta Dub.

His experience with the 10,000 Lions crew was three weeks of hard graft. “I met Petah Sunday who now works and lives in the UK. He joined us along with Nicola aka Filufferoots and then it was an 8am to 8pm work cycle everyday for three weeks. From wood cutting to drilling to heavy lifting; the hard work paid off when on December 31st 2015, we unveiled it. The Fevicol on the last box was so fresh, I could smell it when we carried it to the beach in Arambol, Goa” reminisces Dakta Dub.

He played on the sound system for the first time in January at Goa Sunsplash. “I have always been a huge fan of dub and it was the first time I realised the power it had. I played a sunset set and it was one of the best experiences,” he says. “The way I felt music was so deep through the sound system. The bass came through separately from the scoops, the mids were packed with just the kick bass and the mid highs were meant just for the vocals. The separation made it so surreal and beautiful, almost mesmerizing” he adds.

With Delhi Sultanate and the crew the drive was more socio-political. It was inspirational for Dakta Dub to be a part of their journey. “BFR launched in April 2016. I was part of the crew and did work including lifting heavy weights and played at the second edition at Blue Tokai in Champa Gali. It was one of the most treasured experiences,” explains Dakta Dub. 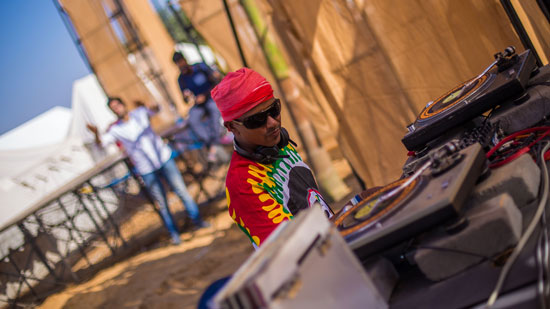 His next project is to build his own sound system in Hyderabad, a sentiment echoed by his fellow sound system makers. “I already have two scoops which have been gifted to me. Taus from the UK who was part of the BFR crew is the architect for my project,” he smiles adding that he is saving up. For Dakta Dub, playing at Magnetic Fields Festival  with the sound system in December 2016 was the most memorable. “People were in their tents waking up to my music. It was wonderful to hear positive comments, especially from artists such as Nerm who was so genuinely happy about the set.”

Dakta Dub uses multiple channels to reach out to people. “I want to be able to make the music we play accessible to local communities. Through Monkey Radio, Bol Hyderabad, through my sound system (when it’s ready), taking it to temples, parks, schools, clubs and through everything I do, make people truly a part of the experience,” he ends.