A mysterious, sprawling femme collective made up of 19 members (as of December 2018), Coven Code is primarily New Delhi-based. Inspired by the likes of Discwoman, Black Madonna, Climbing PoeTree, AttaGirl!, and SIREN, Coven Code described over an email exchange how small conversations turned into an initiative that hopes to create long-term, sustainable change in the Indian music industry.

Coven Code’s creed is simple: “We hope to embrace diverse talents by encouraging artistic expression for women.” This is made especially difficult as, with everywhere else, the Indian music industry is rife with harassment and assault. Those on the edges are slowly moving, through limited access into the centre, but when the founder of one of India’s biggest entertainment companies allegedly abuses women, it’s hard to find hope. This is something Coven Code are ready to fight for: “We aim to build a growing network of women and allies in varied industries to collaborate and encourage a more inclusive culture.” 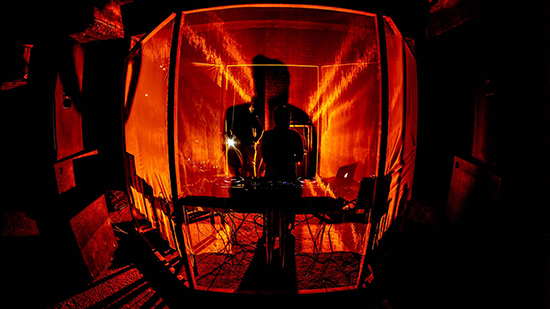 Meeting at the British Council and Wild City’s workshop series ‘Selector Pro: Women in Electronic Music’, the group stated over email that they “seemed to be on the same page of wanting to see concrete changes in the music industry [with] safety, sexism and lack of inclusivity.” After the first workshop, the initial members of Coven Code met on a weekly basis with ideas being thrown around. There was nothing concrete coming from it; more conversations that showed allyship without turning into anything real. Frustration mounted again until one of the members, Alpana, got them a gig at Auro Kitchen & Bar in New Delhi with ‘Under The Radar’. That event solidified the collective’s ambition.

Finding themselves creating substance from their ideas, it was the spark that ignited the flame. With members coming from various fields of work (journalism, arts, social work, music, fashion, design), Coven Code is a reflection of the femme-identifying people that populate Indian club nights.

Spawned from the recognition that the music industry is heavily dominated by men, they’re being given chances most new collectives take a long time to see: “Making the industry more inclusive means fostering a safe space where everyone is encouraged to enjoy themselves – no matter where they are from or what gender and sexual orientation they identify with. Venues and organisations need to become more inclusive in the hiring process, be it with artists or employees. It is also important for the “Brotherhood” of the music and nightlife industry to be careful of how much space they take up and should make space for others, especially for those whose experiences have been marginalised.”

Having already thrown an event, ‘The Shift’, at Kalakar Theatre, Coven Code are adamant that safety is priority number one at their events. It’s not an easy task and takes a lot of understanding between venue, managers and the actual members. “There are some steps which have been organically taken,” they said. “At gigs organised by Coven Code, there’s zero tolerance for sexual harassment, unwanted touching, stalking and all forms of discrimination based on gender, disability, sexuality, race, religion, class, caste or age. We make sure there is a proper profiling that is done through online registrations for our gigs.”

The Shift was an event that included art, film and music. There was a yoga session and sharing circle; spoken word performances; the event screened movies, one of them being ‘Boys of Safdarjung’; incorporated a Zine exhibition; all while artists like WhichbicH and Fadescha played diverse, compelling audio-visual DJ sets. Members of Coven Code are also finding themselves opening club nights in New Delhi and took over Raasta for a Halloween special. And with their ongoing rooftop residency at Summerhouse Cafe for #BoxoutWednesdays, they’ve quickly become a constant in the New Delhi nightlife.

There seems to be a conscious effort on the part of members at these events to ensure “they’re vigilant, looking out for each other and the attendees during the gigs”. When it comes to the venues, they want “to converse with the management beforehand and work in tandem with them.” For the members of Coven Code, they want to continue their actions after the music ends. They have run a few “pilot schemes ranging from providing transport for women to dance floor support.” 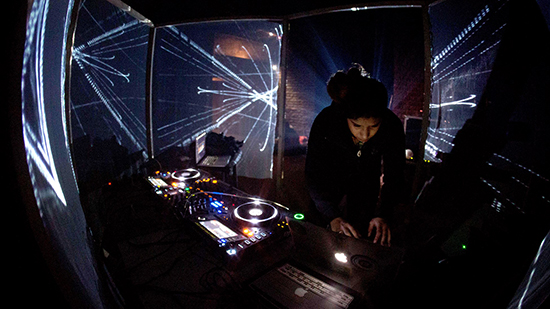 It may be small steps but they’re looking to take their work forward and make it sustainable.

On the topic of the #metoo movement, they stated, “It’s important that we follow up calling out moments with community action ranging from awareness to boycotts on a case by case basis. It is also important that as women we believe the survivors, and ask for accountability from the institutions we associate with. We are working on taking this up with the places we work in, perform at, and organisations we associate with. Additionally, to emphasise again, this movement can be supported by having better representation in the industry (not just token participation) of women. This includes hiring women not only as artists but also as staff.”

Coven Code’s ambitions are high. Their purpose is militant and single-minded. To change an industry is laborious. It may just be the start, but there’s always an underlying fear that collectives like Coven Code are here for the present, not for the long-term. With such a wide net of members, it can lead to disharmony. There’s a very real possibility that their hubris could be their downfall.

The collective, though, is aware that it’s a long, tough, uphill battle that they face. The first thing they want to do is make people understand consent, “It is important for us to pause and understand the concept of consent; realise that it is meant to be mutual, and acknowledge that real consent is based on equal power. Only then can we give way to a healthy community that is respectful of the music it is built around and people that it comprises.”

In the eerie hours of pre-dawn, with the assistance of a loving community, ideas flow. It’s in the lustre of hi-definition, sun-soaked mornings where these ideas take root. It’s easy to dream up change; it’s harder to implement it. It takes tedious, cumbersome work and a whole lot of support. Coven Code crafted themselves a space to put their foot in the door. They now have it open, allowing others entry.